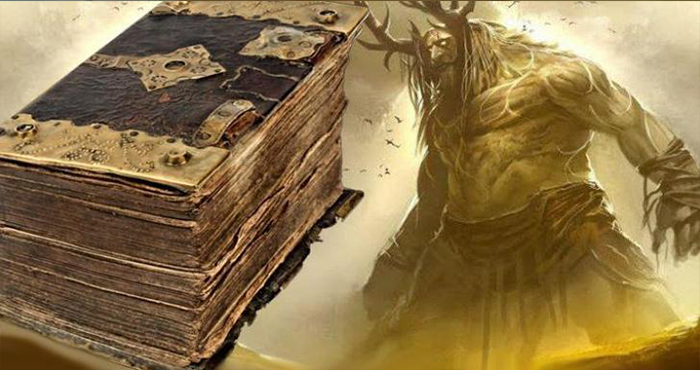 More than 60 years ago, excavations at the Qumran Caves (Dead Sea) revealed almost a thousand ancient scrolls that offered important glimpses of humanity’s past.

Archaeologists were surprised to find so many unusual texts and among them, a roll of paper that offers clues about the Nephilim. 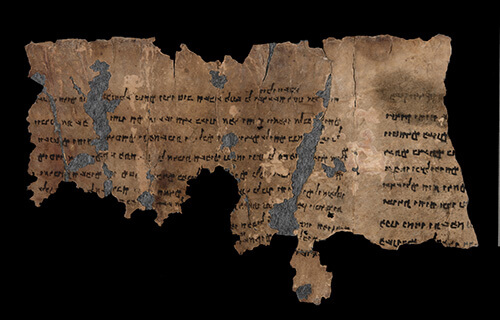 It’s called The Book of the Giants. Let’s review the ancient stories about these beings.

The Bible makes several references to the Nephilim and most can be found in the book of Genesis. Most of the information concerning these giants of antiquity come from the apocryphal book of Enoch. This ancient Jewish religious work is attributed to Noah’s great-grandfather, although some scholars date parts of it to around 300 BC.

Enoch is a disconcerting character. The book of Genesis tells us that he lived on Earth for 365 years, before being taken by God; “He walked with God, and he was gone; because God took him. “During his time here, our planet was also inhabited by” angels “who interacted freely with humans, and eventually crossed paths with the” daughters of men “and gave birth to a race of abnormally strong hybrids and giant called Nephilim.

The origin of the word Nephilim is not fully understood, but scholars have proposed several etymologies: “The fallen”, “apostate”, or “these that cause others to fall.” Regardless of their name, the Nephilim have always been a synonym for giants. 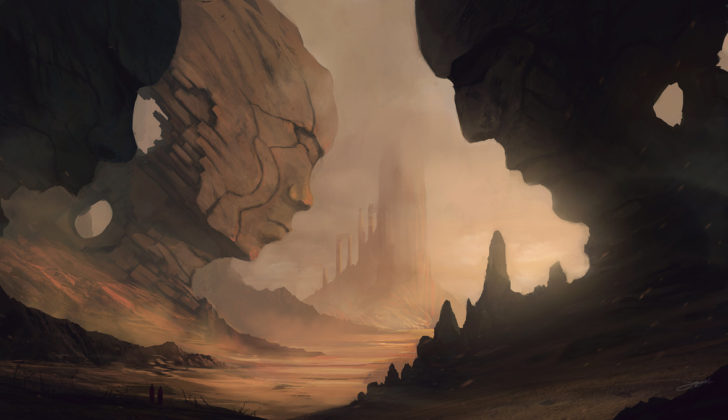 The Book of Giants found in the Qumran caves offer a different perspective from that of the Enoch book. Although incomplete, the fragments of the scrolls paint a grim picture: the Nephilim became aware that, as a result of their violent and deviant forms, they faced imminent destruction, and that it scared them enough to ask Enoch to speak in his name before God.

The text begins by detailing how the Nephilim plagued the Earth and everything that lived in it. But once everyone begins to receive the prophetic dreams of fate, fear seeps into their hearts. The first to have these dreams was Mahway, the titan son of the angel Baraquel. In his dream, he saw a tablet being submerged in the water. When the tablet emerged, all but three names had been removed. This symbolizes the flood and subsequent destruction of all, except the children of Noah.

At that time, this fact had not become evident to the Nephilim so they debated the meaning of Mahway’s dream, but they were not successful in interpreting the signs. Soon after, two more giants, Ohya and Hahya, the children of the fallen angel Shemihaza began to have similar dreams; They dreamed of a tree being uprooted except for three of its roots. 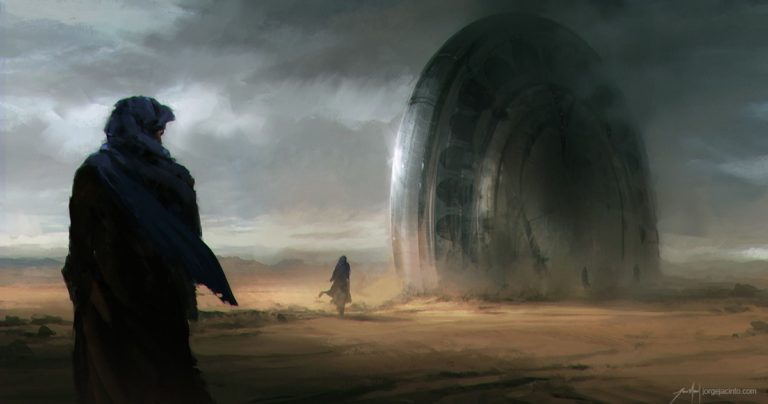 After this, the rest of the group of giants began to have apocalyptic dreams:

Then two of them had dreams and the dream of their eyes had fled before them, and getting up, he came to [… and told him] his dreams, and told him in the assembly of [his companions] the monsters [… En] my dream I was seeing this night [and there was a garden …] the gardeners and those who were watering [… two hundred trees and] great buds came out from its root […] all the water, and the fire burned all [the garden … ] They found the giants to tell them the dream … ”

The giants have realized the prophetic nature of their dreams and sought the help of Enoch. Unfortunately, Enoch had already disappeared from the face of the Earth so the chosen Nephilim, one of its members, made a cosmic journey in order to find it.

[Mahway] poured into the air like strong winds, and flew with his hands like eagles [… left behind] the inhabited world and passed over desolation, the great desert […] and Enoch saw it and greeted it, and Mahway said to him […] here and there for the second time for Mahway […] the giants await his words, and all the monsters of the Earth. If it has been taken […] from the days of […] its and that would be added […] we would like to hear from you its meaning […] two hundred trees that came down from heaven … ”

Unfortunately, parts of the rolls were damaged without possibility of repair, but the description of the text is obvious. One of the Nephilim traveled off the Earth in search of Enoch and his powers of vision-interpretation. The text becomes very interesting if we substitute some terms and consider it not as an allegorical story, but as the description of an actual event whose meaning became confused in time. 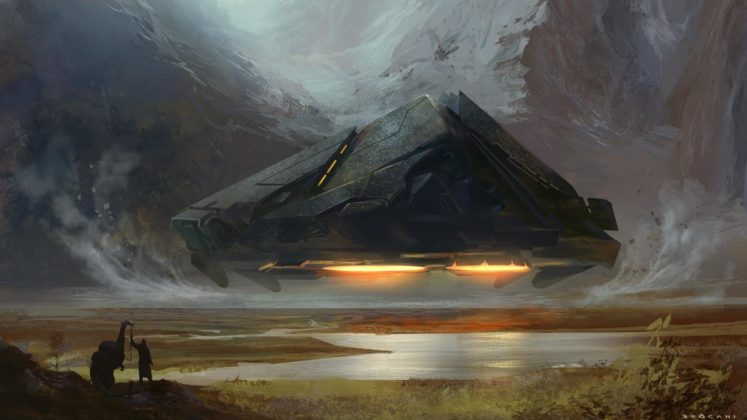 If we consider flying “hands like eagles” a metaphor, can we hypothesize that Mahway took off from Earth in a spaceship? In this case, does “desolation, the great desert” refer to interstellar space? It depends on how far we are willing to interpret a fragment of a 2,000-year-old scroll.

Enoch sends Mahway back from where he came from, promising that he will speak to God on his behalf. Unfortunately for the Nephilim, the Enoch tablets sent to them did not bring them good news:

The Enoch scribe […] a copy of the second tablet that [Enoch] sent in the same part of Enoch the scribe observed [… In the name of God the great] and a saint, for Shemihaza and all his companions […]

[…] Until Raphael appears, behold, the destruction [is approaching, a great flood, and will destroy all living beings] and what is in the deserts and the seas. And the meaning of matter […] about you as evil. But now, untie the bonds [that tie you to evil …] and pray. ”