Details of the shocking plan are buried in once top secret Central Intelligence Service (CIA) UFO files now published on the agency’s website.The potential weapon was discussed in a memo from Marshall Chadwell, assistant director of Scientific Intelligence, to General Walter Bedell Smith, CIA Director of Central Intelligence, which was sent in October 1952, when the CIA was deeply involved in investigating the UFO and flying saucer phenomena following an explosion in sightings.The memo was sent at the height of the Cold War and considered if the number of UFO sightings could be predicted or controlled or, more sinisterly, even “used from a psychological warfare point of view, either offensively or defensively”.It said studies showed public concern, not just in the US but wider, with the phenomena, was so strong that many people may be pre-conditioned to accept the incredible as being true.The memo added that news of potential alien activity had the potential to spark mass hysteria and panic.Since 1947, the Air technical Intelligence Centre, had received 1,500 official sighting reports, plus more from the public and press.

In July 1952 there were 250 reports, and of all sightings 20 per cent remained unexplainable. 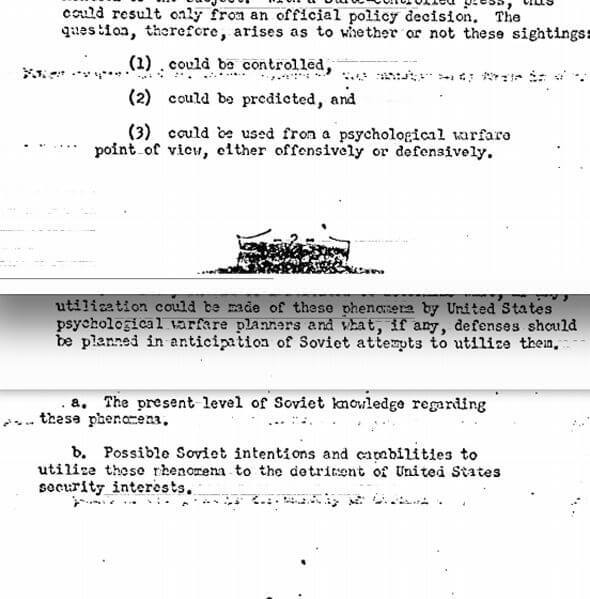 With so may sightings happening there was a danger of false alarms for real military invasions from the Soviet Union, or worse still, real attacks being misinterpreted as “phantom” UFOs, the memo said.The report added: “Immediate steps should be taken to improve identification of both visual and electronic phantom so that, in the event of an attack, instant and positive identification of enemy planes or missiles can be made.“A study should be instituted to determine what, if any, utilisation could be made of these phenomena by United States psychological warfare planners.”The paranoia of the Cold War was evident in the memo, which spoke of fears of a Soviet plot to use fear of UFOs against the US public.The memo added it would need to establish “what, if any, defences should be planned in anticipation of Soviet plans to utilise them”.Mr Chadwell continued: ”Other intelligence problems which require determination are: possible Soviet intentions and capabilities to utilise these phenomena to the detriment of United States security interests.”
The memo also asked for a probe into how much the Soviet Union knew about UFOs, and the reason behind why there was never any mention of aliens or flying saucers in Russian media.
Mr Chadwell signed off his memo adding: “I consider this problem to be of such importance that it should be brought to the attention of the National Security Council, in order that a community-wide coordinated effort towards its solution may be initiated.”It is not clear from the releases what further work was done in these areas, but there are not thought to be any cases on record of either the US or Soviet Union using UFO fears in any form of attack, defence or psychological warfare.However, the disclosure will likely fuel ongoing conspiracy theories which claim the US military and intelligence services maintain a strong interest in the phenomena. 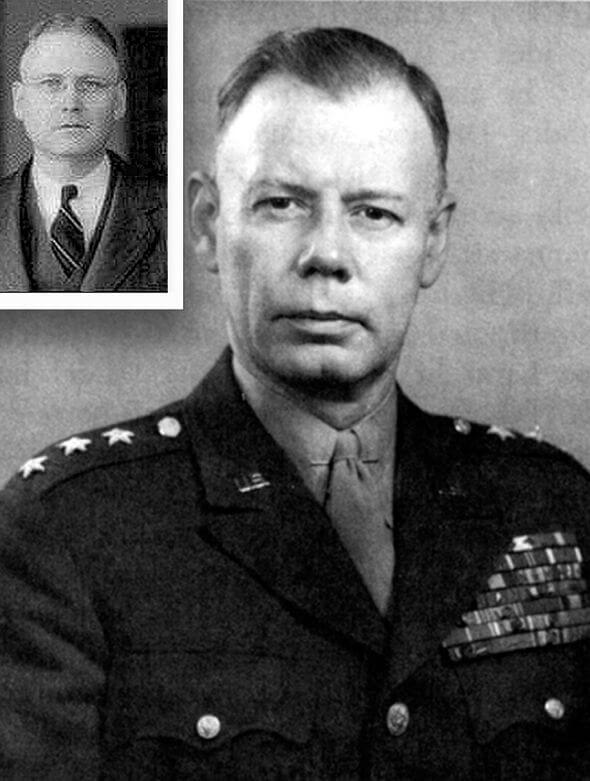 The memo was to General Walter Bedell Smith from H Marshall Chadwell (inset).

One such theory is that the US was planning to initiate a “false flag” incident using hologram technology to stage a fake alien invasion as a way of introducing Marshall Law or other controls on the public.There are also conspiracies surrounding the government’s High Frequency Active Auroral Research Program.It was a US military scientific project which has spawned even more conspiracies than the Large Hadron Collider.It was established by the US Air Force to study the Earth’s ionosphere – a highly charged and active part of the upper atmosphere.But many conspiracists always claimed it was a cover for secretive tests to control the weather or even to research “captured UFO technology” or create a false flag hologram.The air force ended the project in 2014, but some claim it continues.

UFO buffs maintain a strong interest in the mysterious top-secret Area 51 military base in the Nevada desert, where it is claimed all evidence of alien visitation of Earth is kept and engineers use recovered alien technology to boost their own.

The CIA has previously said it no longer has an interest in the UDFO phenomena, as no real national security threat was ever identified.