These signals are very short and originate from outside of our galaxy, the Milky Way.

They are baffling astronomers and the nature of the objects remains unexplained.

Are the signals natural or artificial in origin? Is it possible an extraterrestrial civilization is sending them or are we witnessing an unknown astronomical  phenomenon?

We have previously discussed the possibility raised by astrophysicists that some extraterrestrial  civilizations could  send us signals by manipulating starlight.  This means that there could alien messages concealed in the stars.

Several years ago, we picked up a  mysterious signal from outer space that has never been  explained. The signal was heard on three different occasions and originated in a region of space between the constellations Pisces and Aries. Determing whether a signal is of natural or artificila origin is very diffifult.
We can assume that advanced extraterrestrial civilizations can appreciate the benefits of transmitting into space, as a good means of establishing  communication with other intelligent alien life-form.

Humans are eager to learn about other alien civilizations and one way to contact other alien cultures is through interstellar signals.  However, we should ask ourselves if  transmitting radio messages into space pose a risk to human civilization?

Space is filled with sound that we cannot easily identify. It is a very complex task to determine what is of natural or artificial origin.

These objects could include flares coming from stars, collisions between black holes, lightning on other planets, and RRATs – Rotating RAdio Transients, pulsars  that only fire up when they feel like it. More speculatively, some scientists believe extraterrestrial civilizations could be flashing fast radio beacons into space.

While searching for pulsars back in 2007, astronomer Duncan Lorimer accidently came across something unexpected and unexplainable –  a burst of radio waves appearing to come from outside our galaxy, lasting just 5 milliseconds but possessing as much energy as the sun releases in 30 days. Alien messages can be hidden in the stars. The star cluster NGC 3603 lights up a nebula 20,000 light-years  from Earth, as seen by the Hubble Space Telescope. Image credit: NASA / ESA / U.Va. / NIA / USRA / NASA Ames
A pulsar is a rotating neutron star. Neutron stars are the collapsed remains of massive stars which have mass greater than 4 to 8 times that of our Sun.  After these stars have finished burning their nuclear fuel, they undergo a supernova explosion.

Neutron stars are on average only about 30km in diameter, but they have hugely powerful surface magnetic fields, billions of times that of our Sun. Sometimes  it can be very difficult to decide whether astronomers detected  unusual pulsar or alien signals.

The so-called Lorimer bursts are very strange. The very short signals come from an unknown region of space. Scientists are convinced the signals are coming  from well beyond the Milky Way.

“The awareness of these short signals has long existed,” said Andrew Siemion, who searches the time domain for signs of extraterrestrial intelligence at  SETI. “But it’s only the past decade or so that we’ve had the computational capacity to look for them.”

Scientists are speculating what these burst may be. Some think it is new kind of source. Other theorists suggest that it was a primordial black  hole evaporating or a ‘spark’ from a superconducting cosmic string.

Could they be signals sent from an extraterrestrials civilization that is searching the galaxy for other intelligent species? Duncan Lorimer,  professor of physics at West Virginia University is doubtful the bursts are artificial. What is the cause of these short signals coming from deep space?
“I think that becomes unlikely now that there’s more than one of them. With one source, you could always think about it as some sort of single civilization.  But now, you’re seeing them, essentially, at different parts of the sky. It’s very unlikely that different civilizations would be sending things in exactly  the same way.

So I think it’s something natural in origin, and that – it’s really the time scale is the biggest clue to the size of the object, because it’s only a few  milliseconds in size. The emitting region can only be a few light-milliseconds across. And so that points to some sort of compact, star like a black hole or a  neutron star where, potentially, there’s large amounts of energy can be released,” Lorimer said.

The Lorimer bursts are difficult to study. “The radio telescopes that found them have very small fields of view, and the bursts themselves don’t last very  long. And it’s becoming clear from these recent results that the bursts could be going off in – over the entire sky about once every 10 seconds,” Lorimer said.

Astronomers have yet another mystery to add to their list of fascinating phenomena. The mysterious radio bursts from deep space remain unexplained for the  time being.  “It’s quite a puzzle as to what’s producing these events so often, ” Lorimer said

The radio telescope located in South Africa has captured a mysterious radio signal near the Southern constellation of Ara, which could indicate the existence... 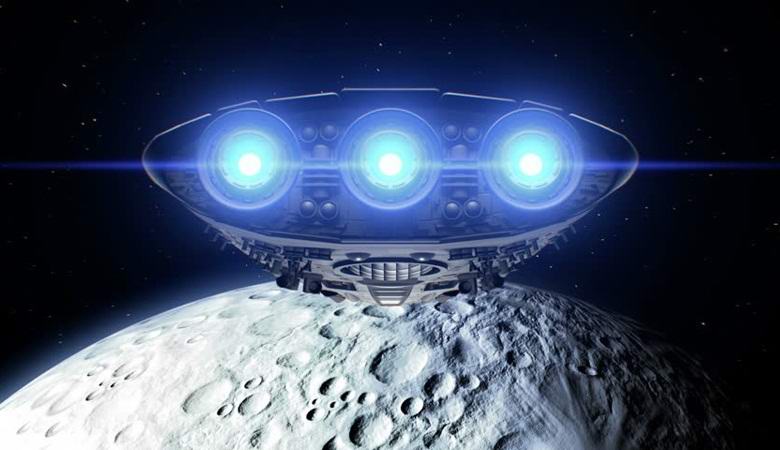 Footage show how an unidentified object takes off from the moon

On the YouTube channel “Unidentified Aerial Phenomena” dedicated to the mysterious celestial anomalies, a very intriguing video appeared. It is reported that the video...

Andrew Griffin ‘Alien’ sounds have been captured at the edge of space. The hisses and whistles heard in the recordings were captured 22 miles...