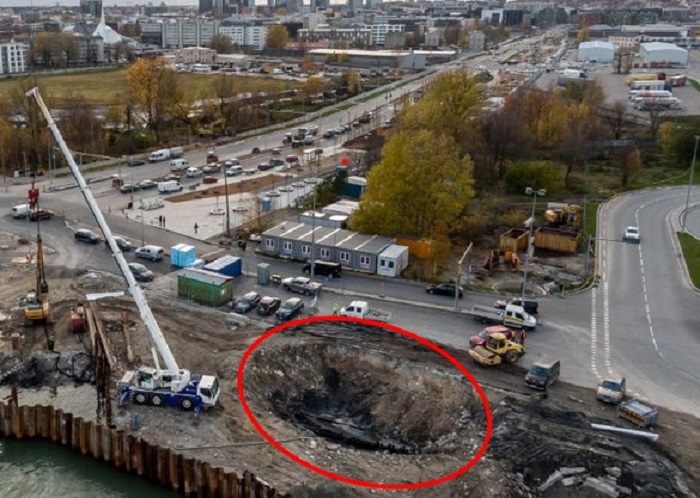 In Tallinn ( Tallinn ), the capital of Estonia, during construction work on the street raid, workers accidentally dug up the remains of a wooden vessel with a length of 7 m

Judging by the musket bullets found on it and in general, this small boat was built in the Middle Ages. Archaeologist Rivo Bernotas, who was invited to explore the wreckage of the ship, thinks it may have been built a little later, in an era of modern times.

The most mysterious find found there was Soviet canned food, produced in the 1960s, with a shelf life of up to 1972.

However, archaeologists do not believe in ” time travelers “, although they find all this very strange and unusual.

A possible key to unraveling the mystery with the can can be a perfectly modern metal rope found in the main part of the ship. According to the researchers, the ship was found somewhere else during Soviet times (in the 60’s), and with the rope, it was towed from the port area and taken ashore. For some reason it was covered with sand.

It is true that so far this version has not been confirmed by anyone. Archaeologists have approached the workers of the port in Tallinn asking them to tell them if they remember anything related to the old ship, but so far no one has answered in the affirmative.

In the meantime, workers on Raidy Street are not digging up the wreckage of the ship completely for some unknown reason… It is reported that work is temporarily freezing at the site for the time being.

In this article:middle ages, Tallinn