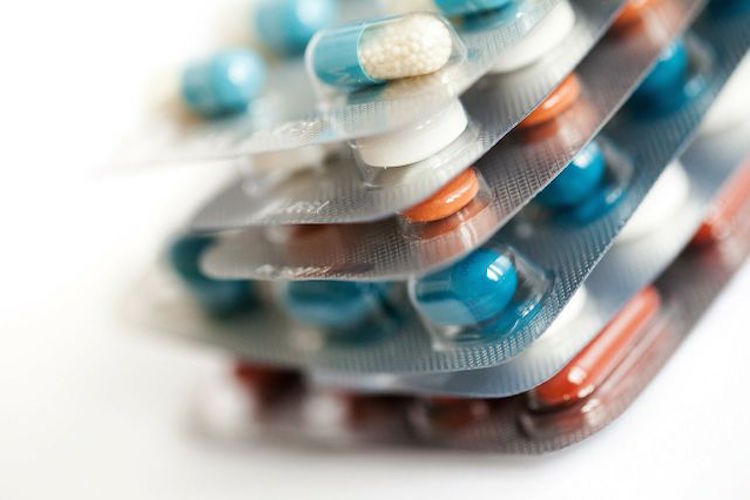 The drugging of the American public is one of those strange, well-known, but under-discussed issues that’s never quite fully represented in the conversation about where our culture is and where it’s heading.

As of 2016, one in six American adults were taking psychiatric medications, a staggering number that is accompanied by the fact that the mental health industry in America is worth well over $200 billion a year.

We’ve been led to believe that our doctors are the end-all-be-all authority on what’s good for our health and that their advice is backed up by rigorous and undeniable scientific proof. What we’re not told, however, is that scientific research today is highly suspect and often outright corrupted by the pharmaceutical industry.

Furthermore, we really don’t yet understand the full-range of consequences involved in taking prescriptions psychiatric medications instead of pursuing other, natural possibilities.

Medical researcher Craig Wagner has compiled eight years of study of psychiatric medications and their effects, and he has distilled his findings into three easy to grasp infographics that will shatter your perceptions about the efficacy and safety of these medications.

We really don’t have a truthful understanding of this issue, but these graphics will help put it into perspective.

This first graphic looks at antidepressants.

“The FDA and meta-analyses tell us that the advantage of antidepressants over placebo for treating depression is razor thin; so small, in fact, that most people can’t tell the difference. To gain this small advantage people must accept antidepressants’ side effects, risks, and limitations which can be significant. Even more startling, at milder symptom levels — representing about 85% of people taking these drugs for depression — antidepressants have no advantage over placebo.” [Source] 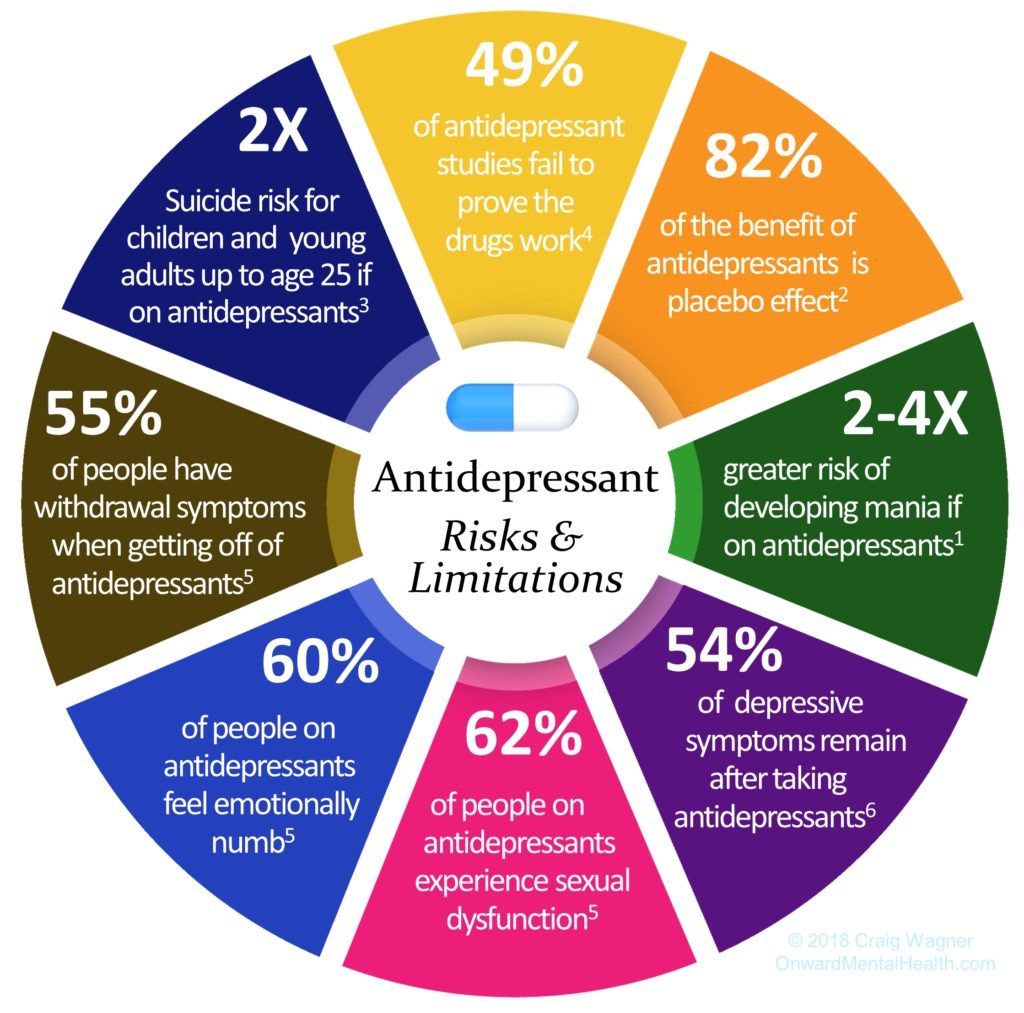 The following graphic looks at antipsychotics.

Again, the graphic is further explained by Craig Wagner:

“For many people, antipsychotics reduce psychosis. But less than a quarter of those with chronic psychosis see even a 50% reduction in symptoms when using them. And this partial symptom relief often comes with life-altering side effects. Additionally, evidence suggests that antipsychotics may do more harm than good in the long term.” [Source] 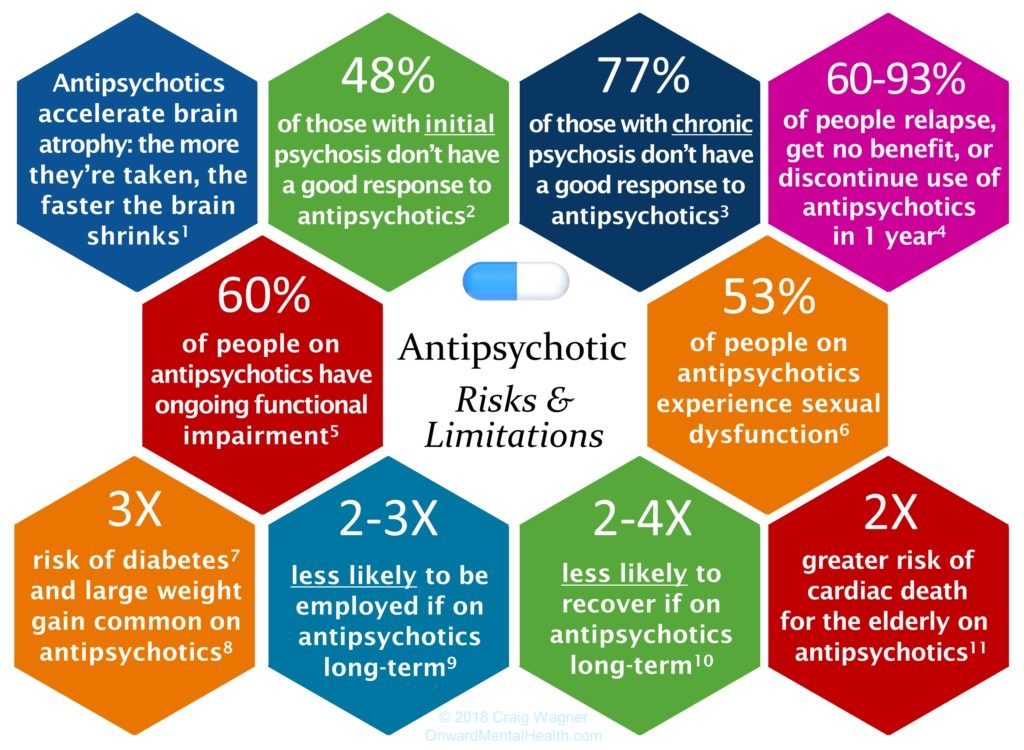 “Benzodiazepines can reduce anxiety, often quickly. But prescribing guidelines say their use should be restricted to very short durations. There is good reason: significant cognitive decline and potentially life-threatening withdrawal make them a questionable solution beyond episodic anxiety.” [Source} 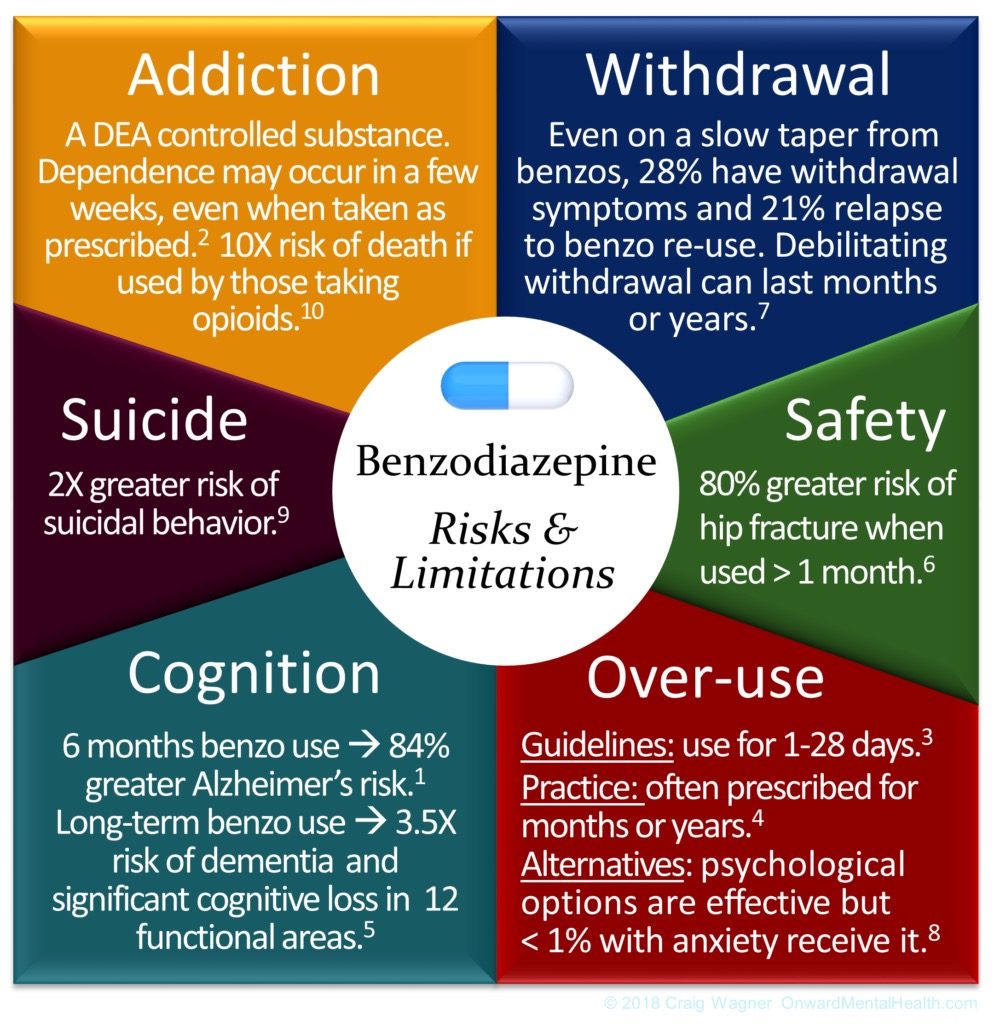 The research and supporting graphics paint a more realistic picture of what psychiatric medications are actually doing to people. As more data is collected with each passing year, we’re learning that the pharmaceutical industry is not necessarily seeking to improve public health.

This article (Research Based Infographics Show What Psychiatric Pharmaceuticals are Really Doing to Us) was originally created and published by Waking Times and is published here under a Creative Commons license with attribution to Alex Pietrowski and WakingTimes.com.

Advertisement. Scroll to continue reading.
In this article:antidepressants, antipsychotics, Benzodiazepines 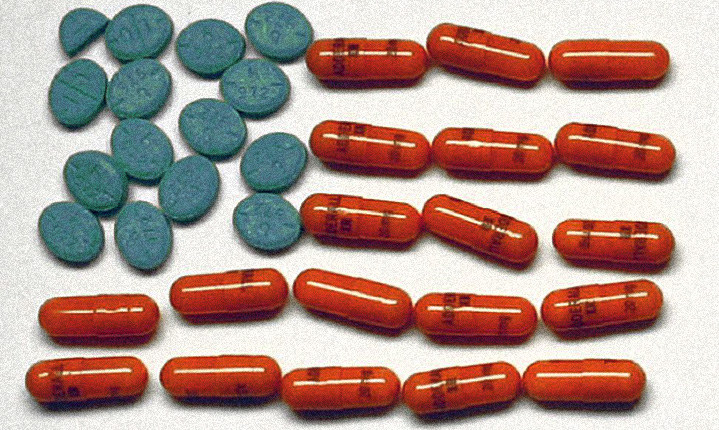