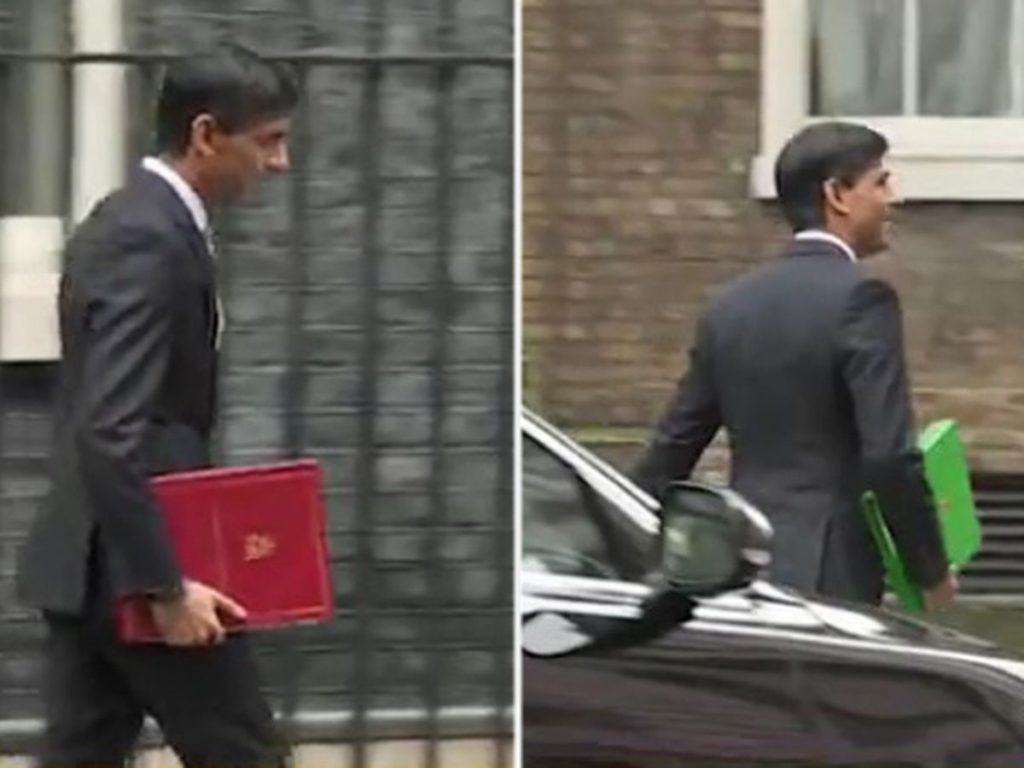 On the morning of March 11, 2020, a very strange video appeared on the British 24-hour Sky News channel, which first disturbed the British and then the entire English-language Internet:

Dear @SkyNews, can you explain this? Watch the folder! Crazy! Will we see magic like that from him in the #Budget2020? #coronavirus

The video features Mr. Rishi Sunak, a politician in the British Conservative Party, who has been Chancellor of the Treasury since February 2020. We are talking about the budget, the draft of which, obviously, was in the British parliament’s folder.

The folder with the budget upon leaving parliament was red. However, when Rishi Sunak walked with his folder behind the car, the folder suddenly turned green. How is this possible?

India has always been famous for its fakirs, which made even cobras dance and show magic tricks, but Mr. Sunak seems to be a serious person, a British politician – why should he show magic tricks on live television?

On the other hand, the television company could show the trick, since the video was recorded, and the hardware and software allow you to create anything you like with the picture.

Sky News is a UK 24-hour television news channel. It is part of the Sky channel group, which in turn is part of Comcast Corporation. The channel broadcasts in digital format via a network of satellite receivers and is one of the three BSkyB channels available in the Freeview television broadcasting system.

The audience of Sky News is mainly located in the UK, as well as in other parts of the world where the channel can be received (including in hotel international chains). The audience is estimated at 150 million people around the world. Sky News began broadcasting in February 1989, becoming the first UK round-the-clock news channel.

There are several explanations for this ‘miracle’:

a) We are dealing with some kind of “Mandela effect”, but only in an accelerated version: the substitution of memory occurs directly in front of the viewers;

b) We live in the Matrix and now, obviously, its programmers are changing something. It is also possible that the Matrix went down due to the covid-19 epidemic. The coronavirus, of course, has nothing to do with computers, but this happens in games: if a lot of units / users are removed from the game space at the same time, then the whole game starts to crack at the seams for a while until the workstations get updated from the server.

We, of course, are not the ultimate truth and were not really there, but the latest version seems to us the most correct. That is, the color change of the folder is a kind of secret message, and the message is apparently very important and urgent if they did not wait for the new issue of The Economist to send it, but let it go live.

Advertisement. Scroll to continue reading.
In this article:Chancellor of the Treasury, Sky News channel