Human civilization develops thanks to accumulated knowledge. Without knowledge and experience, there is no movement forward to progress. People make discoveries, bring them to life and pass this information on to subsequent generations. The most faithful and reliable storage is memory. But, unfortunately, it is limited to the framework of one human life or generation.

Therefore, in past centuries, when people were closer to each other, the continuity of generations was maintained. Wisdom was passed down orally: from grandfather to father, from father to son. So, epics and legends were composed. The image embedded in them was able to live for centuries. After all, only that which is felt is remembered. All events in the senses are imprinted with all the multifaceted connections.

We can say that feeling is a kind of “hard drive” that is turned on with the help of a computer brain.

In that distant era, when our ancestors lived in harmony with themselves and nature, they had developed imaginative thinking. Sounds had a special meaning because they created reality. But the means for transmitting information or extracting it from the past were musical instruments. Each of them had its own purpose. With the help of some, people remembered their past lives, others were introduced into an altered state of consciousness, in which it was possible to perform miracles.

Various folk tales have preserved the legends of “magic words” that open doors and launch flying ships. The Byzantine chronicles say how the northern people came to negotiations without weapons, holding only a folk psaltery in their hands. The sounds drawn from the strings decided the outcome of the negotiations.

At this level of interaction with information, any drawn symbol had a magical effect. The ancestors called these signs – Runes. Not everyone could “work” with them. Due to the ability to materialize thoughts instantly, only initiates had access to them. For everyday needs, they used features and cuts that did not have such tremendous power. As the spiritual decline and loss of skills, it was necessary to create books, but they were so amazing that for a modern person they seem completely fantastic.

These were ordinary pre-Christian books, which were then burned as a devilish “black book”. Although they had nothing to do with the devilry. Their whole secret was the ability of our ancestors to use bioenergetics.

Such books have been carefully crafted for centuries. Every detail of her material had to have certain physical qualities.

The text of the future book was first written down with a metal stylus on wax-covered boards, where any corrections could be made. It is impossible to write straight away. Trying to accurately convey his thought, the author “runs after her”, not worrying about spelling. The well-known expression “to spread the thought along the tree” comes from there.

Nevertheless, the main thing in the creation of the book was not the author, but a scribe who would have had imagination and such body cells that emit bioenergy. In this case, all the pictures that appear in his imagination, together with the biocurrents, are absorbed into the parchment as on a film strip. The effect of titles is created, as if hanging in the air between a person and those living pictures that the suede parchment has absorbed. For these purposes, it was manufactured in a special way. As well as cinnabar for writing.

Then the sheets of parchment were stitched like modern thick notebooks with a metal spiral on the spine. The cover was made of bog oak boards. Its name was engraved on the cover. To make it better read, silver and niello were poured into the grooves of the letters. At the same time, the same massive oak-copper case was made for the book, closed with copper clasps.

Incredibly, the natural ingredients and techniques used in this book produced a 3D effect. The only difference is that a modern person needs special glasses, and our ancestors developed such abilities. It’s just that some could emit biocurrents, while others perceive them. In short, living people were transmitters and receivers.

Gold and stone discs – the prototype of modern discs

In addition to such wonderful books, there were also discs that contained a huge layer of information in a compressed form. Perhaps they are “read” in the same way as “miracle books”, but it is possible that there was a certain computer into which these disks could be inserted.

In any case, according to the first version, attempts were made to decipher the Phaistos disc, a phenomenon that made a lot of noise at one time. It was discovered that the disc contains layered information. It cannot be read like an ordinary letter.

The hologram is the library of the future

With the advent of Christianity, all ancient knowledge and skills were declared devilish, and the possessors of these abilities were witches and sorcerers. Both books and people were burning in the bonfires. In order to preserve the rest, the manuscripts were rewritten, but already in an ordinary linear letter. Of course, distortions were inevitable and the picture of past events, presented in this way, did not correspond to reality.

Pen books have proven to be a rather primitive way of conveying information. Although, for many centuries, they remained a guiding thread for knowledge. And yet, as we can see, important discoveries were and are being made as a result of practical research, often thanks to insight, which proves the existence of an information field, from where you can get the necessary information.

Now, humanity is approaching again the stage when the need for the usual carriers of information will disappear. Everything will be transferred to a virtual memory base. But if earlier holograms were created and accepted by people themselves, now machines will do it for us.

In the event of another disaster, we will lose access to the electronic library. And then everything will have to start over. And our descendants, just like we are now, will believe that at this period people were illiterate, because they did not have a written language …

A new device will transmit a human hologram during a call

The PORTL Hologram startup has improved video calls byadding a system for transmitting a three-dimensional hologram of the interlocutor. The new device costs 60 thousand dollars per...

Holographic cinema can become a reality

Japanese engineers at TUAT have announced that they have created a real holographic video for the first time. It can be compared to the holographic...

Black holes turned out to be three-dimensional holograms

An international team of scientists has come to the conclusion that black holes can look like holograms, in which all the information they contain... 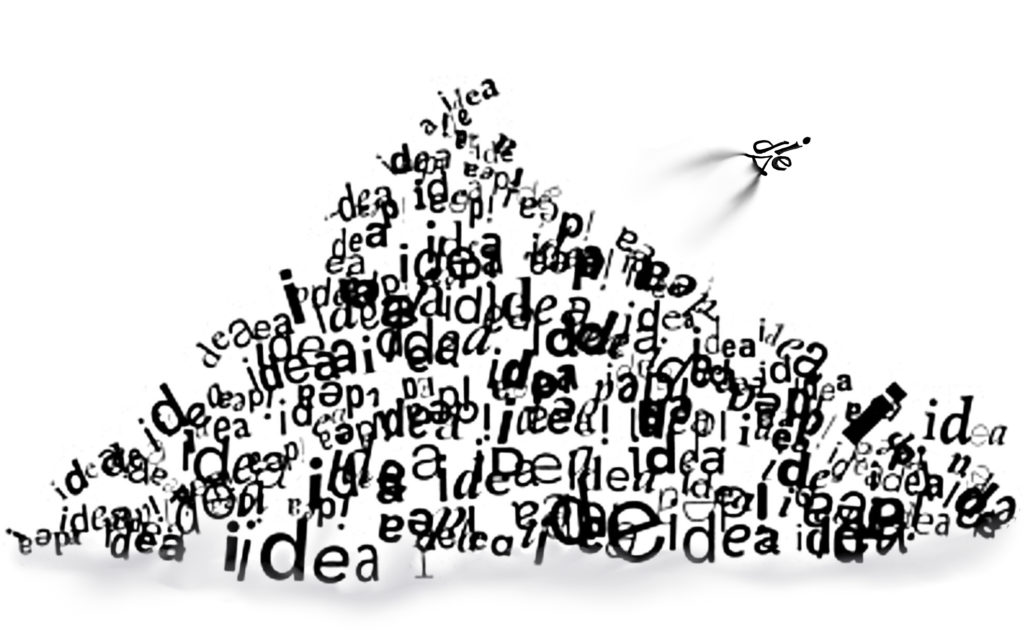 Eureka! The lights go on but we’re the only ones to truly see them. That momentary flash of genius strikes. So clearly noticed. Yet...