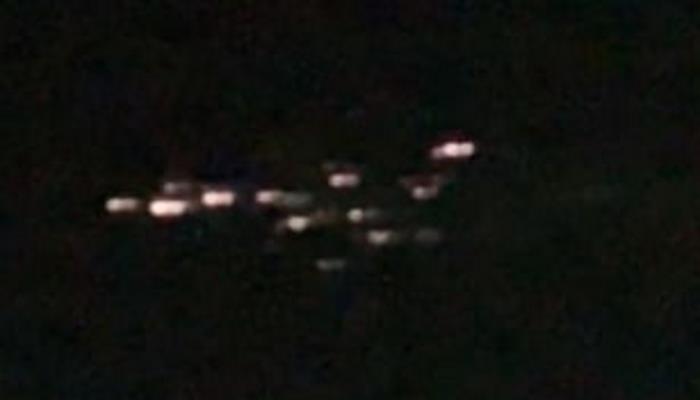 Hawaiians saw bright lights in the sky the size of a football field and decided it was Elon Musk’s technique. However, scientists have come to the conclusion that the Starlink satellites have nothing to do with it. The bright lights are already 12 years old, and they revolve around the Earth for completely different reasons.

On the night of October 24, unusual lights appeared in the sky over the Hawaiian Islands, moving eastward. Witnesses of the bright show filmed it and published it on social networks. A group of about ten bright lights the size of a football field moved in the sky after 22:00, Khon2 writes.

People described the group of lights as a massive but transparent flat figure. Some even thought the silhouette was the size of a football field, but the lights did not make any noise.

Many residents were worried about the strange light show and put forward different versions of what was happening.

One of the eyewitnesses, who filmed the lights on camera, said that he was worried when he saw the unusual sight.

I started filming it and when the lights got closer I got worried. I could not understand what it was all about, – says a resident of the island of Molokai Kuyip Kanavalivali.

The lights were visible from the shores of Waikiki to Eva Beach and even on neighboring islands. The brightest show was seen by the inhabitants of the island of Molokai.

We didn’t know what to think. We did not know what it was and where it came from, ” Sheri English said, who also lives in Molokai. – In fact, it was a very eerie feeling.

On social media, people argued about where UFOs came from. Some people thought it was a meteor shower.

Others decided that the lights belong to the satellites of Elon Musk.

However, experts from Mauna Kea observatories have a simpler explanation for the spectacle. In their opinion, it was a rocket booster launched in 2008.

In all likelihood, what people saw last night was the return of the 2008 rocket booster. It was a Chinese rocket that launched a communications satellite for Venezuela, John O’Meara explained, chief scientist at the Keck Observatory.

According to scientists, over the years, the orbit of the launch vehicle collapsed. Astronomers have found a map of the flight path of the object, which was located near the Hawaiian Islands. She also predicted when the rocket booster would re-enter the atmosphere.

We can’t be 100 percent sure because we don’t have a single piece of its wreckage. But the pattern of light we saw in our timeline is aligned with this map. This flight path really makes us believe it was Venesat-1 re-entering the atmosphere,” Mary Beth Leichuck explained, director of strategic communications for the Canadian and Hawaiian Telescope.

It is believed that such phenomena are not uncommon, as similar objects are constantly launched into space. To spot them, you just need to be in the right place at the right time – right along the flight path. But when the rocket booster enters the atmosphere, people will be able to see an even brighter light show.

It will begin to disintegrate, heat up, and become very hot. And when it reaches the extreme temperature, it will become very bright and fall apart, – O’Meara added.

In this article:Chinese rocket, Hawaii lights