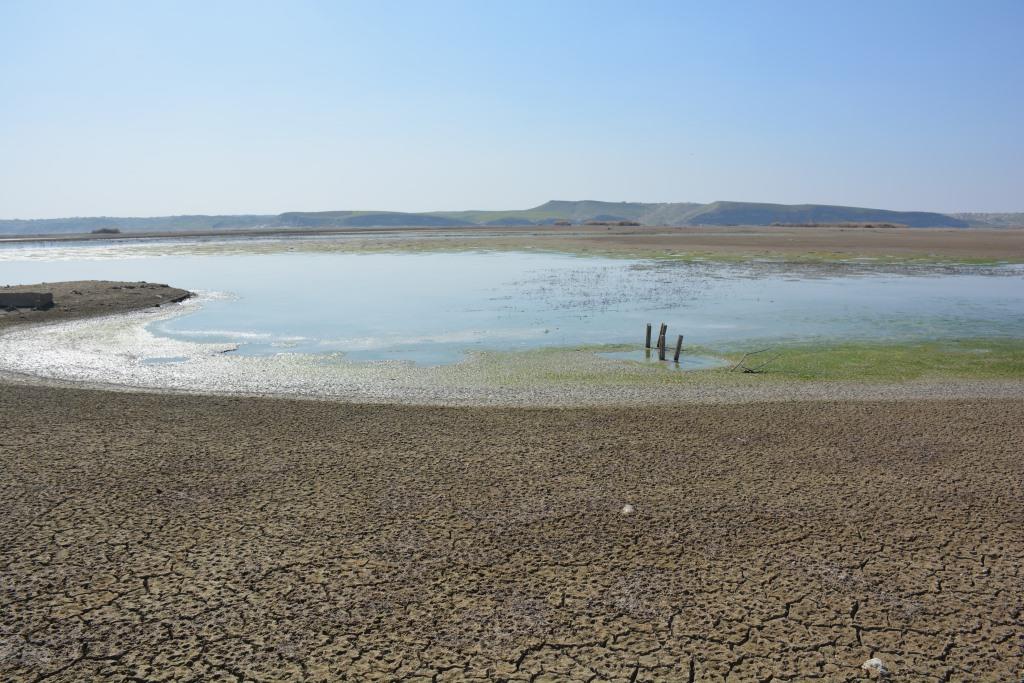 With the beginning of the spring of 2021 and the end of the flood season, reports began to come from all over the world about the disappearance or shallowing of small and large rivers.

For the Northern Hemisphere, spring has just begun and everything will dry up in June-July, but in the Middle East a drought has already begun and, as it turned out, the Euphrates River has dramatically shallowed.

The reduction in water flow began on January 27 and began with the end of winter and the minimization of rain and water inflow affecting the areas of Raqqa, Tabqa, Deir Ezzor and other areas of northeastern Syria.

It is reported that the level of the river dropped by 5 meters, but in fact everything is much worse there and is measured, most likely, from the level of last spring, which was already anomalous back then.

In the video below, a local resident stands at the bottom of a lake that communicates with the Euphrates. There was a village on the shore of the lake and it was flooded every spring – the level of the lake rose to 5 meters. And now there is neither these five meters, nor the lake, from the level of which the flood was measured:

According to the Revelation of John:

“And the sixth (angel) poured out his vial upon the great river, the Euphrates .”

“And his water was dried up, that the way of the kings of the rising of the sun might be prepared.”

“Kings from the rising sun, those who come to him through the Euphrates, are the allies and collaborators of the Antichrist.”

“The river Euphrates by divine concession is drying up for the kings of the nations to cross, with the aim of exterminating each other and other people,” says St. Andrew.

As the Lord said in the Gospels, “Nation will rise against nation, and kingdom against kingdom” (Matt. 24: 7). They will come from the parts of the East, that is, from the parts of Gog and Magog, as we will see about them later in Revelation. (Andrew)…

However, the Koran also writes about the Euphrates:

“The hour of judgment will not come until the Euphrates opens up, and then a golden mountain will appear in its place. People will fight each other for this gold, and ninety-nine people out of every hundred will die. At the same time, each of them will say: “Perhaps it will be me who will survive” ”

This quote describes one of the so-called small signs of the approaching end of the world. On the subject of the golden mountain, theologians are still debating. It is possible that we are really talking about gold, for example, some kind of deposit. Or it could be oil – black gold. Or battles will be for water, which will soon be at the price of precious metals.

In general, what kind of gold there is is not yet clear, but the fact that the Euphrates opened up, exposing the bottom in some places is already quite obvious. Summer is ahead, so another couple of meters of shallowing is not a question, so we are waiting for the golden ridges to rise from the bottom.

In this article:Euphrates, Revelation Of John