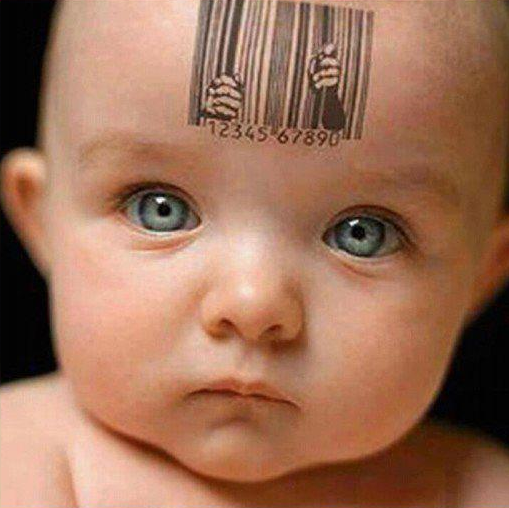 Augureye
Almost two weeks ago; 5 month old Sammy Nikolayev was showing flu symptoms when his parents took him to Sutter memorial hospital in Sacramento, California.  Once there however, the boy’s parents Anna and Alex took issue with several procedures being done to the boy, such as giving him antibiotics when none were called for.  After disagreements with the hospital staff, the young parents removed their child from the hospital without proper discharge procedure, and sought a second medical opinion at Kaiser Permanente Hospital, where a doctor examined Sammy; and content the child was healthy and well cared for, released him to go home. 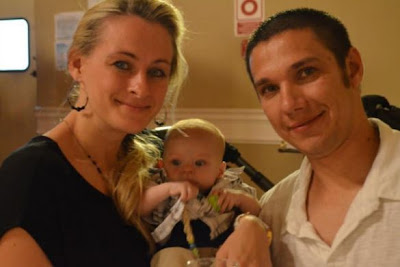 Back at their home the Nikolayev’s were astonished to see California Child Protective Services roll up with a mighty police escort.  The police assaulted Alex Nikolayev in the yard in order to get his house keys which they used to enter the home without benefit of warrant and tore the now terrified young Sammy away from his loving mother’s arms…and into state custody.  Just like that!  And as of now Sammy is still in the slammer where his parents can visit for just one hour a day…no cameras allowed.

That is right, Sacramento California!  Right here in the good old USA!  Jack booted storm troopers swoop right in under color of authority giving the father a complimentary beat-down while stripping the innocent infant from mother’s arms.  It seems that Sutter hospital didn’t like being blown off by American citizens, so it called Child Protective Service, accusing the Nikolayev’s of child abuse and neglect.  The incident has turned into a nightmare for the family as seemingly every part of the state bureaucracy wants to have a say in the matter while none of them are willing to admit wrongdoing and return the stolen child.

Alex & Anna have done nothing wrong.  They have broken no laws, nor have they harmed anyone that we know of.  They are not terrorists, freedom fighters, or members of the underground insurgency.  Their only crime in all this seems to be the belief that they are free citizens of the country, and then acting upon that belief in order to provide the best medical care possible for their child.

They did not damage or steal hospital property from Sutter Memorial, nor did they break any law I am aware of.  I have checked myself out of the hospital against doctor’s recommendations three times in as many years, as anymore it seems about the only way to get out alive.   If doing that is against some law, certainly I would have been placed under hospital arrest like young Sammy was.  That’s another thing that troubles me over this story; If the Nikolayev’s had broken the law, why were they not arrested?

Of course the entire thing has become a legal nightmare which is always what happens when the state is wrong and doesn’t want to loose face…so the hospital & state will seek to drag this out as their lawyers desperately seek some obscure ordinance with which to claim legal footing.  The parents’ holding dual citizenship in the US & Russia has turned the thing into something of an international incident. Meanwhile, they will keep 5 month old Sammy as a ward of the state, which means they can do pretty much anything they want.  So, What does the state of California and Sutter hospital want with this child?  Why do they want him badly enough to so brazenly violate so many constitutional rights of so many American citizens? The system is falling all over itself trying to conceal true motives and incompetence in this case as at least two different judges have refused to hear the case before a third one agreed to hear the case late Monday, and ruled in favor of the parents!

A surly mob of questions demand to be answered here, starting with the most obvious one; what is all this really about?  Why does the system automatically make itself look so bad, just to gain illegal access to that baby for a period of nearly two weeks?  Exactly what medical procedures were done to this baby, and why?  How come the police, and state CPS committed a crime by assaulting the father and abducting the child; and then tried for days to defend an untenable & illegal position…which they knew a decent judge would disallow?  Clearly, the powers that be wanted that child for some dark, nefarious purpose.  Think Transhuman agenda! 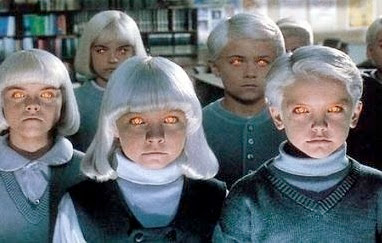 By now, the transhuman agenda is tightly woven into the fabric of the matrix used to control and manipulate humanity.  It’s forerunners were things like fluoridated water & artificial sweeteners like saccharin; and now it’s become a planet wide program of poisoning us with GMO food-like-products as they spray us from the air like so many vermin.   Our food, water and air supply have all been adulterated with toxic substances which are documented to cause mental disorders & cancer.  Why?  The pharmaceutical industry has ever so gradually become one of the major players in the transhuman agenda: as they push ever nastier “medicine” which treats symptoms, but not diseases and having a list of side effects that looks like movie credits.  Why?  We are told that soon it will be necessary for each one of us to be implanted with an I.D. chip, like a pet, or like a tattoo on a slave, to denote ownership!  Why?

Monsanto has made it illegal to grow any food with non-GMO seeds, just as many states have very quietly enacted laws prohibiting the collecting of rainwater, making it a crime.  At the same time “the Fed” continues to crack down on anyone practicing or teaching alternative health or lifestyle choices.  Why?   So very many things we once held as synonymous with good, healthy living are now either illegal, or just gone altogether.  Why?  The smiling cop walking the beat in his smart blue uniform has been replaced with completely militarized commando units toting automatic weapons. Why?  Just ask the folks in Boston how warm & fuzzy those storm troopers made them feel recently!  The government which once went to great lengths to conceal their crimes from us now carries them out in broad daylight, thumbing their noses at us, and we let them!  Why is that?  Every four years the same bunch of liars, crooks and clowns are trotted out to give us the illusion of free elections despite paperless electronic voting machines anyone with a computer can hack into…and we just play along every damn time.  Why????

As we are again being led into yet another war of conquest, this time in Syria, and soon after, Iran, the voice of we the people is frighteningly silent, yet again, even though the excuses are as threadbare as a moth-eaten loin cloth.  Are we really going to let those psychopaths get away with this insanity, again?   Why???   The president who promised to close that torture base in Cuba still hasn’t done that, or any of the other things he promised…but he did put 30 thousand armed drones in the skies over America, ruined the economy and health care system; and is about to clean out your bank account.  How do ya like him now?  Will you still think Obama is the great black hope when those urban tanks pull up onto your street, and masked ‘contractors’ herd your family like cattle into a FEMA caravan for the trip to your new indoctrination center…..ah, I mean communal living gulag??  Just how many things in this world have to be inside out & upside down before the rest of you out there look up from your ipuds and take notice?* 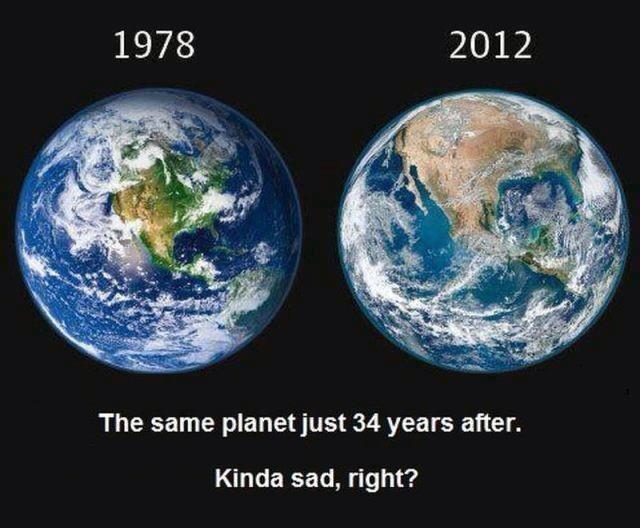 “Things” on this planet are more screwed up than Peter O’Toole on his birthday, and most of you just carry on like the weirdness factor only inched up a notch or two.  In this theater of the insane there are a bunch of us yelling “Fire” at the top of our lungs, and more joining our numbers each day…as the rest of you pretend to be asleep & not hear us with your eyes glazed on the screen, watching morons dance.

To be certain there are many additional examples of this hideous, ongoing geo-engineering of Earth and the Terraforming of the human soul…right now I’m just talking about the biggies; Air, Food, Water & Medicine…and how each of them have been assimilated, privatized, and made toxic to human beings.  If that does not alarm you then I cannot imagine what will.  How about the state barging into your home with armed thugs and taking your child, because you didn’t let a hospital experiment on him as long as they wanted?  How about that… alarming enough for you? 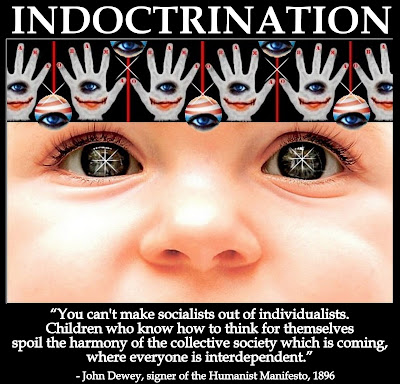 Suppose I told you that right now humanity is on the doorstep of evolution to a higher level of conscious awareness, like waking up from a bad dream into a beautiful new world.  Then, what if I told you that these greed driven jackals, these soul-less, psychopathic, non-human transgressors seek to genetically transform all of humanity into a slave race on a prison planet, for their benefit and advancement?  How does that sound to you?  Serious enough to pull you away from the toys they addicted you with so you wouldn’t notice all these things.  Just like boiling lobsters.**