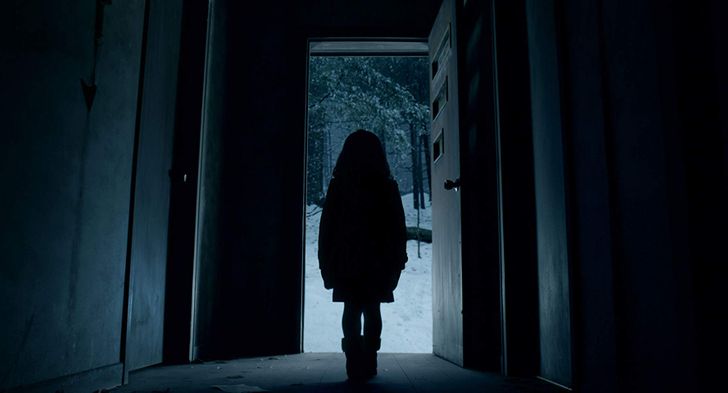 There are a lot of videos on the Internet about how children under 5 years old or pets look in an enthusiastic manner where nothing is happening. However, this process can take a long time. For example, a 3-year-old boy from New Zealand watched the corner of a room with nothing in it for more than two hours. Absolutely nothing, an ordinary corner, of which there are many in an unfurnished apartment.

Some parapsychologists believe that children under the age of 5 perceive the world in their own way. They can see things that adults will never see. Even such bold hypotheses are expressed that little children feel and see entities from the afterlife or other worlds.

Of course, this theory has problems with the evidence base. In addition to various not entirely convincing experiments with an electromagnetic field, there are no real and convincing arguments in favor of this version.

An experiment was carried out in 2005. The researchers selected twenty children aged 3 to 5 years. They were taken to a kindergarten abandoned several decades ago, where a terrible fire broke out at one time, which claimed the lives of 33 kids and two adults.

After a group walk for half an hour around the building, the subjects were returned to the classroom, where pencils were distributed and they were given the task to draw what they saw. 18 out of 20 children, in addition to scary walls and furniture, depicted small dark silhouettes. When asked if the images were children themselves, the kids answered that they saw translucent children who looked out from behind furniture corners and quickly hid.

This experiment cannot be considered one hundred percent proof of the theory that children are able to sense the presence of ghosts or spirits. But, there is something in it. Neurophysiologists from Canada and the United States supported parapsychologists from New Zealand.

A comprehensive study of the structure of the human brain in the early stages of life shows that it develops gradually, and at some points in life (from 0 to 5-6 years) the perception of the outside world is very different from that which occurs in later periods of growing up. By the way, this version is confirmed not only by neurophysiologists, but also by zoologists.

It turns out that animals are also able to perceive the world as children. For example, after the death of their owner, dogs and cats feel his presence nearby for up to six months. We are not talking about the fact that they see ghosts, most likely there is an empathic connection. Although one cannot definitely reject the assumption that domesticated animals see otherworldly entities.

An interesting experiment was conducted in France in 2009. Three wild foxes and three domestic dogs were taken to a hospital’s intensive care unit, where, almost daily, someone dies. Theoretically, this is where there could be a cluster of dark entities.

Wild animals behaved surprisingly calmly and reacted to moving people, acoustic factors, maybe even felt fear. Pets, however, whined, tried to hide in a corner, covered their eyes with their paws in the literal sense of the word. The researchers attributed this behavior to the fact that wild animals act only with physical manifestations of reality, while captive-bred pets, especially not in the first generation, very sensitively felt the presence of other, ephemeral entities.

Do adults have a type of “perception block”?

Wild predatory animals are accustomed to death. They kill to survive. Domestic predators do not have to do this, especially a species that constantly lives next to a person, in close emotional connection with him.

We should also take into account that the range of vision in animals is wider than in humans. We do not see heat signatures, like snakes and cats, we do not smell, which nature has bestowed on dogs, we do not have ultrasound, which dolphins have mastered.

Children see and experience the world differently. They have a different brain frequency. With age, it changes and we no longer “see” what we saw before.

Children come to our world from that subtle world, they have not yet severed their connection with it. Therefore, they see it, with the time of life in our world, adults by their actions make that world forget. And children grow up into men and women for whom that invincible world does not exist. Very often, adults encounter a subtle world after a stroke or cranial brain injury, that world suddenly becomes visible to them.

From birth, we receive the entire package of hereditary information, often subsequently discarded due to seeming uselessness. Our task is not only to preserve the methods of conscious change in the aquatic environment that we have inside us and the possibilities of energy impact on the world, received back in childhood, recorded at the gene level.

After seven years, the so-called “astral vision” disappears, but the endocrine glands responsible for a person’s ability to feel and see the “invisible” simply “fall asleep”. Indigo children do not lose this ability. The monks of Tibet have the ability to open the “third eye” in children, which allows them to “see” not only energy clots, but also the energy fields of humans and living organisms.

The secret to “blinding” after seven years is quite simple! A person is included in the laws of the life of society and unnecessary information simply goes out under the pressure of external loads of all degrees. But the world of “ghosts” does not disappear anywhere. The ability of a person to “see” the invisible does not disappear either, it’s just that for the majority it sleeps.

If this knowledge were possessed by normal people who had not crossed the laws of Love, then life, perhaps, would be completely different, with an understanding not only of mysticism, but also of man himself.

Hypotheses that small children, animals, people with a non-standard psyche, etc. feel and see entities from the afterlife or other worlds, will remain only hypotheses until science can carry out their “instrumental” confirmation, or prove the opposite.

Advertisement. Scroll to continue reading.
In this article:ghosts, otherworldly entities