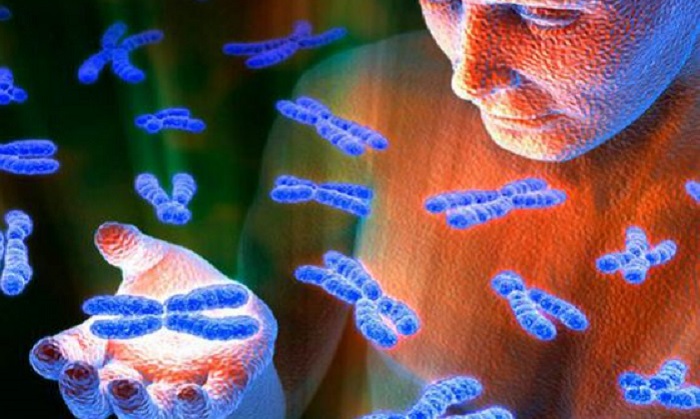 Do we inherit traits from our parents? Are we picking genes from only one parent, or is there a combination of both parents’ genes?

According to geneticist Don Alain of the Wexner Medical Center at Ohio State University, it’s almost impossible to know who inherited one or the other part of the body or a particular characteristic because, most traits are determined by many different genes rather than only one.

Nevertheless, genetics can tell us something curious about what has already been clarified, just about the issue of DNA inheritance.

There are two types of fat in our body: ‘good’ brown fat, which boosts our metabolism and helps maintain a healthy weight, and ‘bad’ fat, which causes obesity and related diseases.

Everyone has their own characteristics, but the level of brown fat in our body (which means a certain metabolic rate) is most likely derived from the mother.

While the mother’s DNA can help lose weight quickly and maintain good shape, the father gives the genes associated with white fat, which means that there will be a tendency for being overweight.

In this case, not only the subcutaneous white adipose tissue, but also the internal fat, which accumulates in different organs, depends on the paternal genes.

If the mother had lower levels of serotonin, the “good mood hormone”, her children are likely to develop attention deficit hyperactivity disorder.

It is a fact that the genes responsible for serotonin production are also responsible for the ability to concentrate. This link was discovered by doctors in the 2000s, and an article about it was published in 2010 in the medical journal JAMA Psychiatry.

Almost all children, with rare exceptions when there are clinical abnormalities, go through puberty and many of its not particularly pleasant aspects, such as acne and voice disorders. The genes of the father were found to be responsible for the onset of early puberty.

Doctors learn this when examining several children with early puberty. They entered it at the age of 8-9 years, instead of the usual 11-13 years. It turns out that the special genetic mutation responsible for earlier puberty was inherited by their fathers. The study was published in New England Journal of Medicine.

How good a person’s skin will look with age depends on changes in cellular level that build up over the years and depend on the mitochondrial DNA that is always obtained from the mother.

This can also be influenced by environmental factors such as sun, smoking or unhealthy eating. All this can damage the mitochondrial DNA and therefore affect the appearance.

However, some changes, such as wrinkles on the face, around the lips and eyes, as well as hair graying, depend on the part inherited from the mother, and nothing can be done to prevent it.

Mothers can influence the mood of their children in many ways, including by setting a strict framework for childhood behavior. But they may inherit the limbic system that controls emotions.

If the mother had a frequent mood change or depression, her daughter would most likely have the same experiences. Researchers have found that this is most often transmitted from mothers to daughters and much less frequently from mothers to sons.

That is, daughters, in most cases, inherit at least the mood of their mothers. This study was published in the journal Neuroscience.

The likelihood of having a boy or a girl

It is believed that the gender of their child depends on the parents themselves. But, there is another factor that determines the gender of the child – siblings have the father in their family.

If the father has more brothers, the probability of having a boy is very high. It’s respectable for the sisters.

It has long been known that Alzheimer’s disease is often hereditary. A recent study published in the journal Biological Psychiatry, claims that it depends primarily on the mother.

Alzheimer’s disease is the most common cause of dementia in the elderly, so it is very important to know what factors can lead to it.

If the mother has symptoms of Alzheimer’s disease then her children are likely to be ill with it as well.

All they can do to delay the inevitable is to do so-called “brain workouts”.

In this article:DNA inheritance, mitochondria