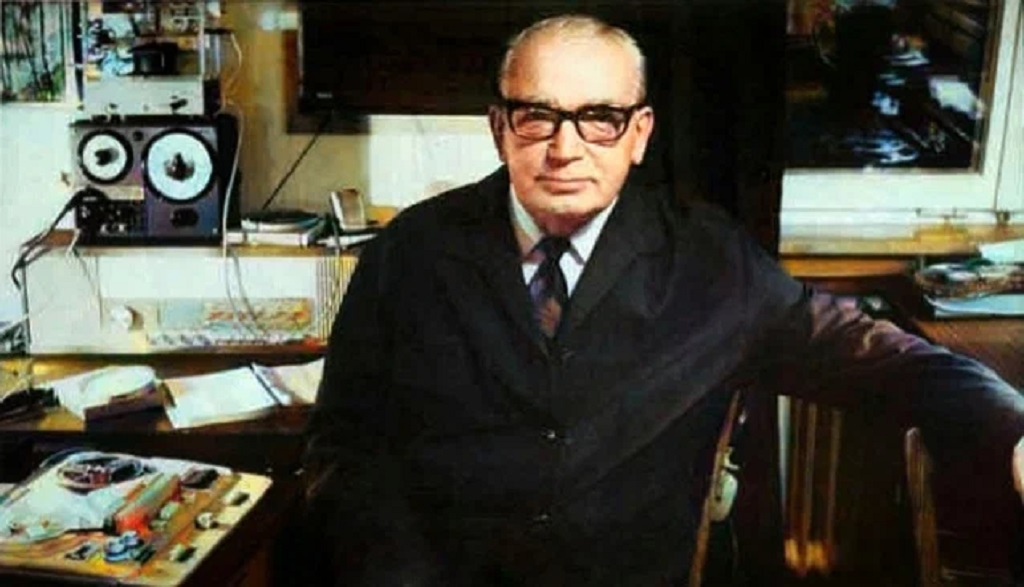 “Voices from Space” is the title of a book by Swedish documentary filmmaker Friedrich Jürgenson, which was published in 1964. This book was a shock not only to readers, but also for scientists, because its author announced to the whole world that he had recorded the voices of the dead on a tape recorder. Konstantin Raudive, a scientist who became interested in Jürgenson‘s work, became later the leading researcher of this topic.

Friedel, can you hear me?

In 1959, Friedrich Jürgenson was making a film about art. The documentary filmmaker decided to go out of town to record the bird singing on a BASF reel-to-reel tape recorder. When Jürgenson listened to this recording at home, in addition to birds singing, he heard sounds that should not have been on the tape. Someone whispered to him:

At first, Friedrich Jürgenson suggested that his tape recorder was out of order. He played it again and listened to the same whisper. To detect it, Jürgenson had to strain his ears. In this whisper, the documentary filmmaker recognized the voice of his mother, who died a few years ago.

Those heard words turned Friedrich Jürgenson’s whole life upside down. He made new recordings on his tape recorder and thus received new messages from the dead in different languages.

Friedrich Jürgenson tried to explain this phenomenon by the fact that waves from some radio stations break through in his recording. However, soon all the assumptions by which the researcher could justify the appearance of these voices were diminished. Everything became clear for Jürgenson, and he began to speak with confidence that he was receiving messages from the other world. The researcher hoped that now humanity will be able to solve the death’s riddle.

Before publishing his first book and telling the world about his discovery, Jürgenson conducted his experiments and made new tape recordings for several years.

Those messages that the researcher managed to receive from the other world did not differ in deep content. They were all brief, as if the voices coming from there weren’t allowed to reveal all their secrets.

He held his first press conference at that time and the audience was stunned, scared and surprised, but among them were those who were seriously interested in Friedrich, such as the Max Planck Institute, the University of Freiburg, and lesser known organizations such as the International Societies of the Paranormal Phenomena and the Association of Parapsychologists of the USA.

In the beginning, Jürgenson simply used a microphone attached to a tape recorder and let the tape recorder roll. He spoke clearly and loudly while in the room and paused between his own utterances to allow the voices to make themselves felt. The voices spoke in a mixed international language.

Jürgenson was able to detect Swedish, German, Russian, English, Italian, and so on. He called the language of these voices “polyglot”. On the advice of one of the voices he had taped, he continued to record signals from the radio. He experimented with the settings and found the most favorable position between 1445 and 1500 kHz. In fact, 1485.0 kHz has been referred to as the “Jurgenson frequency” ever since!

“There is no death here”

After the publication of Jürgenson’s book “Voices from Space”, the scientist Konstantin Raudive decided to personally get acquainted with its author. He also studied Jürgenson’s technique in order to verify the results of the studies described in the book.

Raudive’s first independent efforts did not bear any fruit. But one day the scientist managed to get the first message. A woman’s voice on the tape was saying, “Go to bed, Margaret.”

Guided by Friedrich Jürgenson’s methodology, Konstantin Raudive managed to record thousands of messages from the other world. The scientist was more that positive he heard the voices of the dead, as some of them called their names and reported that they were in a different dimension of life. Among the messages came across there were such: “You are dead, but we are alive”, “You are listening to the mass of the dead”, “The dead are alive, Konstantin”, “There is no death here. The world is death.” Raudive managed to get news from the deceased mother, who addressed her son as she liked to call him in childhood.

After a successful series of experiments, Raudive wrote the book “Breakthrough”. He dedicated it to the phenomenon of voices from the underworld. In his book, which caused no less shock than the Jürgenson’s work, the scientist published only a part of the messages he received, and these are 27 thousand sound messages.

Not all representatives of the scientific community believed in the authenticity of the records produced by Konstantin Raudive. The researcher’s notes were subjected to a thorough analysis. The experts did not doubt the presence of voices on the tape but many of them believed that all these “white noises” were randomly caught radio waves.

To dispel doubts, shortly before his death, Konstantin Raudive repeated his experiments in the presence of other researchers. The experiment was carried out in the studio. There was equipment that blocked the accidental interference of any electromagnetic waves. Recordings on magnetic tape was made from three devices, the control of which was forbidden to Raudive – he only gave commands.

The recording was made within eighteen minutes, and none of the scientists in the studio detected any extraneous sounds. However, while listening to the tape on Raudive’s tape recorder, the researchers found dozens of messages.

Some voices were so clearly audible that they did not require amplification. The scientists who conducted the test were unable to explain what happened in existing physical terms, as well as establish the origin of the recorded voices.

Further analysis of the phenomenon of voices beyond the grave showed that positive results are obtained by those researchers who do not deny the existence of the other world. The same scientists who deny the reality of the existence of voices fail to make contact with the dead.

As far as technology is concerned, scientists have not found anything that could affect the magnetic tape during recording. The only thing that has been clarified is that the recording of messages does not occur when the equipment operates in an empty room without the presence of a person. For this reason, some scientists believe that the thoughts of those present are recorded on magnetic tape, and not the voices of the inhabitants of the other world.

In this article:voices of the dead, white noice