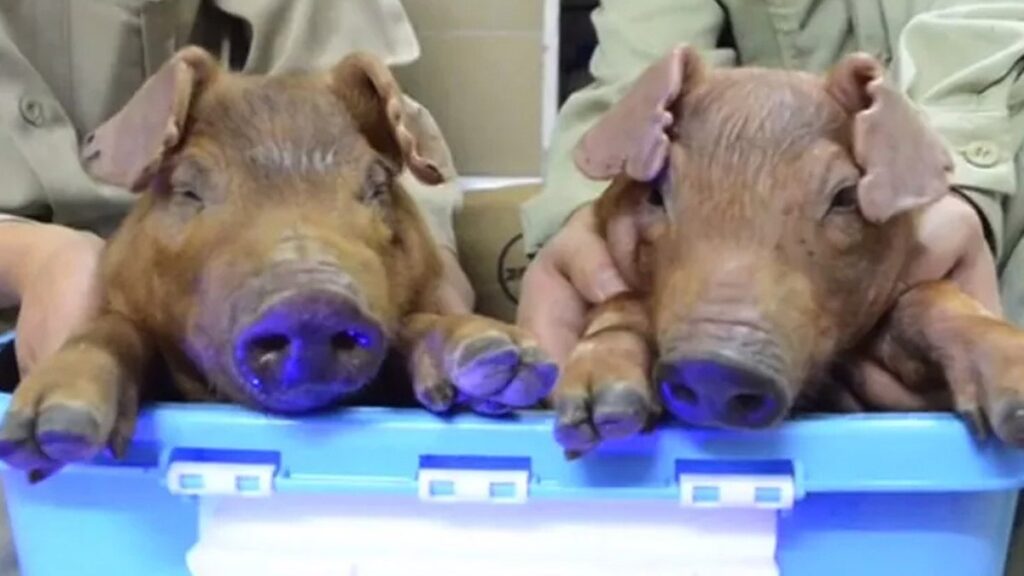 US scientists revived a pig an hour after its death according to the journal Nature. To do this, the animal was injected with an experimental OrganEx liquid, which restored blood circulation and the functioning of internal organs.

During the experiment, experts from Yale University artificially stopped the heart of a pig in a state of anesthesia. After an hour, the subject was connected to a machine that replaced the activity of the heart and lungs. Then a special substance was introduced into the animal step by step. As a result, the integrity of tissues was preserved and cell death stopped. However, it is not reported what is now with the pig and whether it can continue its former life.

“The cells of the human body and other mammals do not die instantly after the death of an individual. We were able to show that we can intervene in this process, stop it and restore the work of some organs and cellular functions, ”say the authors from the American Yale University.

Three years ago, the same scientists, in much the same way, revived the brains of pigs four hours after they died. Vital activity was partially restored but there were no signs that the pigs were regaining consciousness. Although they moved their heads and twitched their necks.

In the current experiments, as far as the brain itself is concerned, no greater miracle has happened either.

However, scientists are counting on it. In the sense that they are still going to focus on the return of consciousness to the dead and hope to pick up the corresponding electrical activity of the brain.

From official assurances, it follows that the experiments will be continued, and the installations will be improved solely in order, firstly artificially, as long as possible, to prolong the “survivability” of donor organs and, secondly, to combat ischemia and the consequences of strokes and heart attacks. However, according to rumors, distant goals are much more interesting – to try to resurrect people. Will it work?

By the way, last year, neuroscientists from the University of Illinois Chicago (UIC) discovered that people do not die instantly. Some cells and genes in corpses continue to function for some time. For example, the glial cells in the brain – gliocytes – noticeably increased gene expression and their own activity, continuing to grow and pull their processes to neighboring cells, almost a day after the death of their neighbors and their own. Sometimes cells were found that remained alive even 96 hours after cardiac arrest – four days later. As a result, the dead organism continued to synthesize proteins all this time. What for? So far, there are only guesses.

According to one hypothesis, the activity of the surviving cells and genes is a desperate attempt by the body to restore the efficiency of its systems, which are turned off one by one. Who knows, suddenly, under certain – yet mysterious – conditions, such resuscitation will be successful? The resurrection of pigs, as well as the discovery of scientists from Illinois, inspire hope.

Advertisement. Scroll to continue reading.
In this article:gliocytes, resurrection of the dead