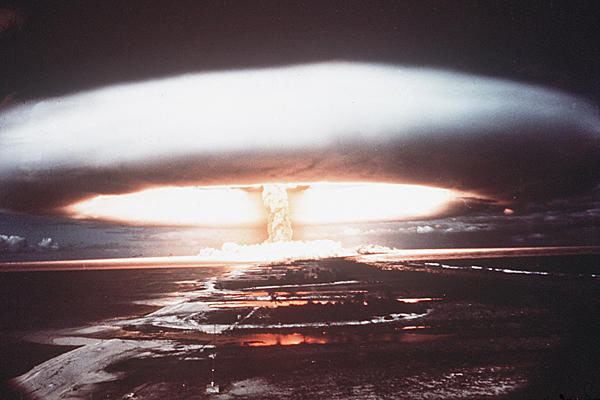 An analyst says with the United States setting up offensive military bases around both Russia and China and tensions on the Korean Peninsula, the possibility of a global thermonuclear war is not that far-fetched. The comments came after North Korea said it has entered a “state of war” with the South, highlighting that Pyongyang will deal with every inter-Korean issue accordingly. The statement, which was issued jointly by the East Asian country’s government, ruling party, and other organizations, came amid escalating tension in the Korean Peninsula. On March 21, South Korean and US forces wrapped up an annual war game codenamed ‘Key Resolve’ amid high military tension with North Korea, announcing that they would continue to maintain high alert in the wake of fresh threats of attack from Pyongyang. North Korea, however, condemned the maneuvers as a launch pad for a “nuclear war.”

Shit happens..  it’s not like the powers that be haven’t been waiting for it and planning for it for the last 70 years…   yeah i know they have.