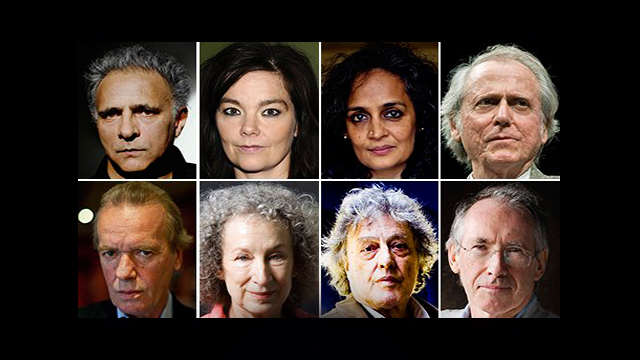 More than 500 renowned authors – including five Nobel laureates – from across the globe have signed a petition demanding an end to ‘mass surveillance’. It follows the revelations over the last few months of the US and other countries spying.

Their open appeal is called ‘A Stand for Democracy in the Digital Age’. Among the signatories are Nobel laureates Orhan Pamuk, JM Coetzee, Elfriede Jelinek, Günter Grass and Tomas Tranströmer.

Others who signed the letter include Bjork, Umberto Eco, Yann Martel, Ian McEwan and many others.

“WE DEMAND THE RIGHT for all people, as democratic citizens, to determine to what extent their personal data may be collected, stored and processed, and by whom; to obtain information on where their data is stored and how it is being used; to obtain the deletion of their data if it has been illegally collected and stored. WE CALL ON ALL STATES AND CORPORATIONS to respect these rights,” the open appeal read.

The letter also calls for the creation by the UN an International Bill of Digital Rights.

Everyone is invited to sign the open appeal at www.change.org/surveillance

The petition comes in the wake of massive revelations by Edward Snowden that disclosed surveillance all over the globe carried out by NSA.

In the latest incident, it has been revealed that the NSA and the UK’s GCHQ spying agencies collected players’ charts and deployed real-life agents into the World of Warcraft and Second Life online games.
The move was organized by a group of independent authors who made it possible through personal contacts and private networks.

Danish writer, Janne Teller, one of the organizers, told the Daily Mail that the authors’ community is “really very worried about mass surveillance” which is “undermining democracy totally.”

“I think it’s quite significant when you have 560 or so of the greatest contemporary writers, from all across the world, expressing a very serious concern, because these are people who always work on the big philosophical questions of life. Hopefully their concern matters to politicians,” Teller added.

The concern listed by the appeal’s organizers is reflected in statistics.

A recent survey by the writers’ rights group PEN discovered that 85 percent of its US members are worried about government surveillance, according to the organization’s report.

Twenty-eight percent had also curbed their social media use, while 24 percent are avoiding certain topics in phone and email conversations.