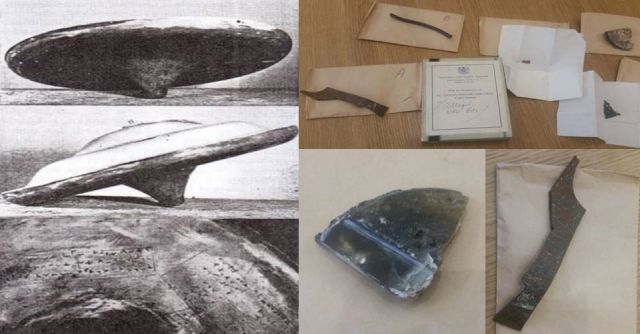 This event is so nice, had to cover it twice!

The missing wreckage of a miniature UFO that ‘crash landed’ on the North York Moors 60 years ago has been found hidden in the archives of a London museum.

The story has been claimed by some experts as Britain’s answer to the Roswell incident.

The remaining parts of the Silpho UFO have now been found In a plot worthy of The X-Files the metal object, shaped like a flying saucer with hieroglyphics inscribed on its base, was found by three men on Silpho Moor, near Scarborough, one night in November 1957.

One later paid £10 – more than £200 in today’s money – for the mysterious object that appeared just weeks after the Russians launched Sputnik into orbit around Earth.

But what became known as the Silpho Saucer vanished without trace soon after the finders cut it open in the town.

Photographs show the copper base of the object was inscribed with hieroglyphs that one of the men compared with Russian lettering.

In this article:North York Moors, UFO