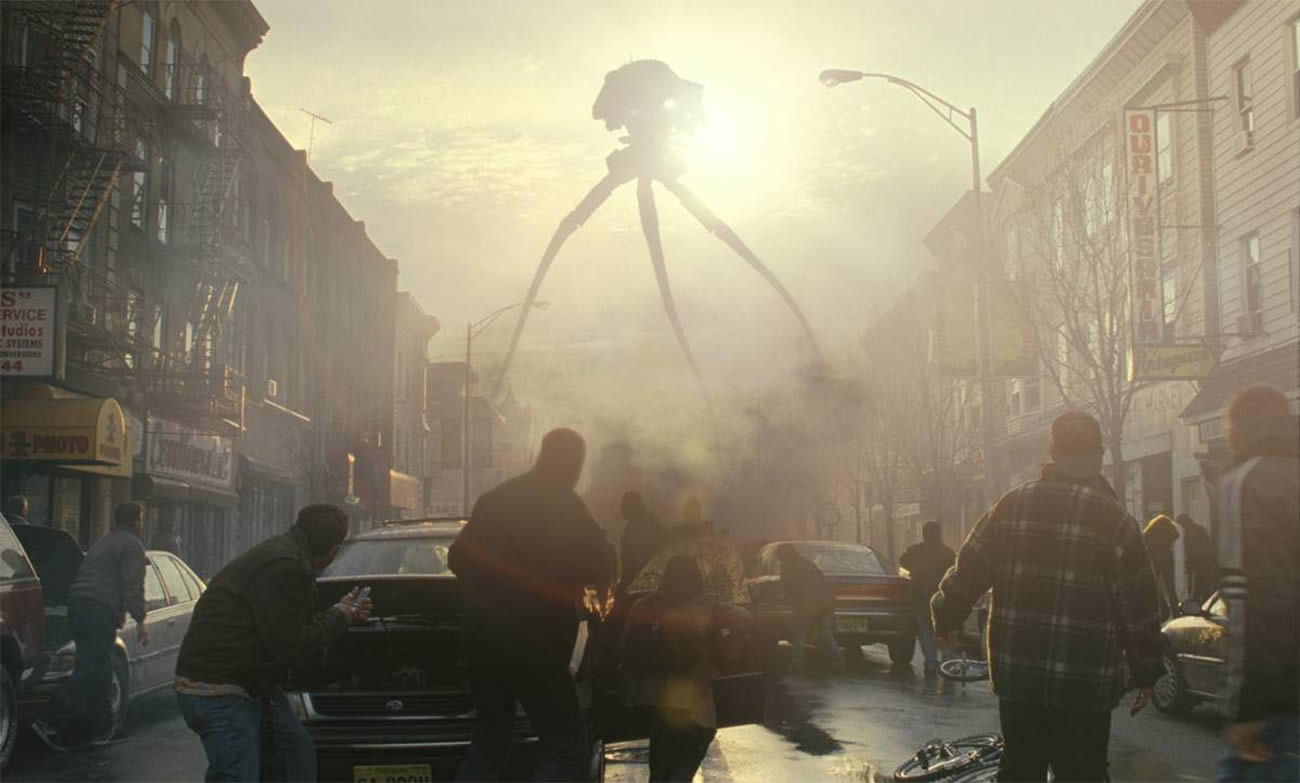 Would aliens want to help us or hurt us? In a paper by researchers Seth D. Bauma and Jacob D. Haqq-Misra of Pennsylvania State University and NASA’s Shawn D. Domagal-Goldman, the prospect of extraterrestrial contact is analyzed from every conceivable angle.

Here are seven of the most interesting possibilities:

While this seems to be the least exciting option, detection of extraterrestrial intelligence alone would actually have a complex impact on humanity. In the realm of philosophy and psychology, knowing that we are not alone in the universe would change the way we view humanity and our place in the universe. The authors of the paper argue that the impact would be primarily positive, as humans are generally eager for answers to these curious, and sometimes existential, questions.

They acknowledge, however, that some would argue that there would be negative consequences as well, particularly in the discovery’s effects on religion, particularly Christianity. SETI astrobiologist Paul Davies claimed that, since certain religions are predicated on the notion that humans are uniquely “saved” by a Messiah, religion can only be reconciled with the discovery of intelligent extraterrestrials by acknowledging the existence of other iterations of Messiahs on other planets, or explaining why humans are worthy of being saved while the aliens are not. Similarly, creationist Ken Ham recently stated that intelligent aliens most likely do not exist, but if they do, then they are going to Hell, as Jesus is specifically the savior of humanity.

This is a common belief within the Christian religion, but not a universal one. Outer Places interviewed a pastor in Roswell, New Mexico who disagreed with this view: “We don’t know the story of other life forms… ours is a story of sin and salvation… but certainly we would believe that God is capable of writing… any story that God wants.”

But even if the discovery of extraterrestrial life seemed to have a negative impact on those who subscribed to certain religions, the authors of the paper argue that blaming this crisis directly on the discovery is the result of a “philosophical mistake,” as the extraterrestrials exist whether we discover them or not. Either way, the comfortable notion of our uniqueness in the universe is false, this discovery would only make the pious aware of that fact: “It is the existence of ETI that challenges such worldviews and not the act of detection. If ETI do in fact exist, then the harm has already been done in the sense that such worldviews are already invalid. Detection simply alerts us to this invalidity.”

2) They help us with literally everything

If the extraterrestrials are more advanced than us, and they are interested in helping us, then they would open our civilization to a whole host of possibilities. They could teach us more about math and science, provide solutions for seemingly intractable problems like hunger, poverty, disease, etc. While this option may seem like wishful thinking, it is consistent with the Sustainability solution to the Fermi paradox. The Fermi paradox essentially asks: if there are intelligent aliens in the universe, where are they? If there are technologically advanced beings who have achieved interstellar travel, why haven’t they tried to colonize Earth yet?

The Sustainability solution asserts that it is in the nature of intelligent beings to expand exponentially, and as a result they do not last very long as this rate of expansion is unsustainable. The inverse states that, if there are intelligent beings that have been in existence long enough to overlap with us,  then they would likely follow certain habits of sustainable populations. They would see value in and protect their ecosystem, and therefore would be unlikely to colonize for resources.

They would also be less likely to expand for expansion’s sake, and instead only explore out of curiosity. If they have no need or desire to colonize or conquer us, then it is more likely that they would be cooperative and helpful.

3) The aliens try to colonize or destroy us, but we turn the tables on them

This option is fairly self-explanatory; like in the book/movie/television show War of the Worlds, the film Independence Day, and countless other works of science fiction, the aliens attempt to harm us but are thwarted, either by our human pluckiness or sheer luck. For example, they could be unprepared for the microbial infections found on Earth, like in War of the Worlds.

This would mostly be beneficial as a moral victory, although there is also a possibility that we could benefit in other ways, such as reverse engineering their advanced technology.

4) They kill us with the extraterrestrial equivalent of smallpox blankets

While we often think of alien invasion as a deliberate destruction of humanity, there is a chance that they could hurt us completely unintentionally by bringing unknown diseases to our planet for which our immune systems have no defense. Similarly, they could destroy our ecosystem even further by bringing invasive species, or destabilize society in a more subtle manner by bringing us advanced technology that we’re simply not ready for.

5) Aliens are just like us, in the worst possible way

It’s possible that at some point in a species’ evolution, they become more moral and less selfish. But if that happens, we haven’t seen it yet. As a result, it seems likely that selfishness is an inherent quality to intelligent beings. Geographer Jared Diamond discussed the reasons he believes that optimistic scenarios for extraterrestrial contact are unlikely: “The astronomers and others hope that the extraterrestrials, delighted to discover fellow intelligent beings, will sit down for a friendly chat. Perhaps the astronomers are right; that’s the best-case scenario.

A less pleasant prospect is that the extraterrestrials might behave the way we intelligent beings have behaved whenever we have discovered other previously unknown intelligent beings on earth, like unfamiliar humans or chimpanzees and gorillas. Just as we did to those beings, the extraterrestrials might proceed to kill, infect, dissect, conquer, displace or enslave us, stuff us as specimens for their museums or pickle our skulls and use us for medical research.

My own view is that those astronomers now preparing again to beam radio signals out to hoped-for extraterrestrials are naïve, even dangerous.”

The authors of the paper concede that some astronomers believe that aliens would be friendly, but go on to say that just as many believe that aliens may attempt to colonize or enslave us, use us as a source of food, harm us in an attempt to evangelize, or even keep us for entertainment purposes, such as in zoos or gladiator arenas.

6) They destroy us for the most random of reasons

This scenario involves aliens that are universalist in their ethics, or beings that have certain principles that have inherent value in themselves, and are not dependent on whether they are beneficial to their particular species (humans do not generally fall in this category). We associate universalism with benevolent, peaceful beings, as they would have no particular reason to harm us simply for being “other” to them.

However, whether they intend to harm us or not would be completely dependent on their specific value system. The authors use the example of the novel The Hitchhiker’s Guide to the Galaxy, in which aliens are attempting to destroy Earth simply because they value infrastructure, and our planet is in the way of a hyperspace bypass.

Advertisement. Scroll to continue reading.
In this article:alien contact,intelligent extraterrestrials 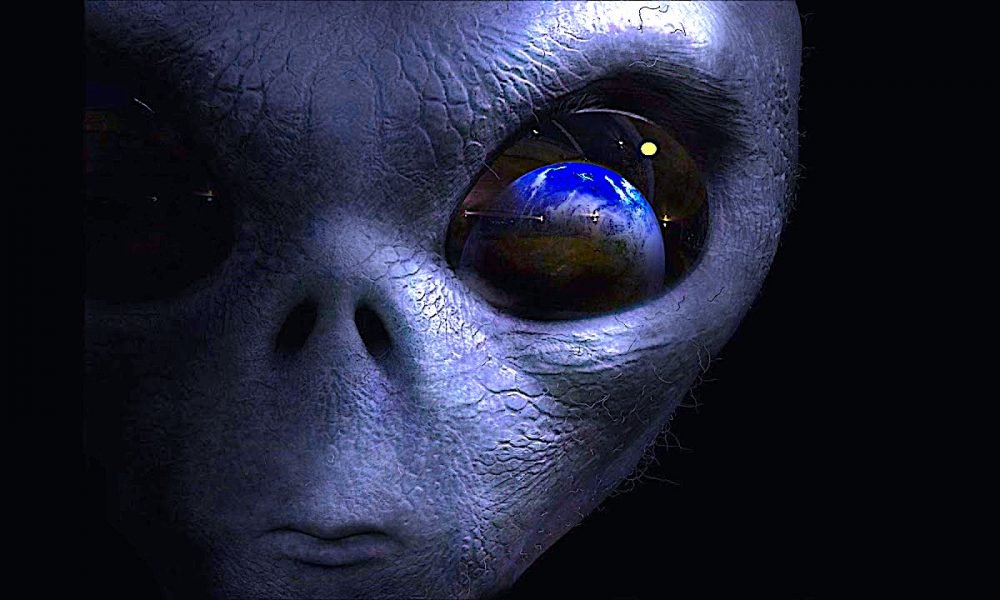 ‘We Don’t Have To Go Anywhere To Find Them, They’re Already Here’

The Facts: Robert Bigelow, founder of the Bigelow Aerospace Corporation lets the world know that he has knowledge that we are not alone, and... 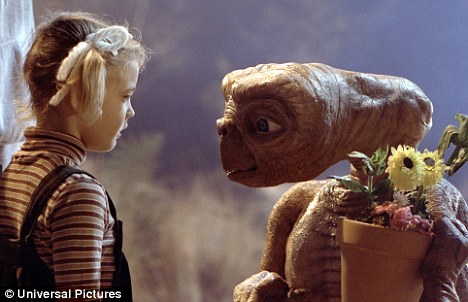 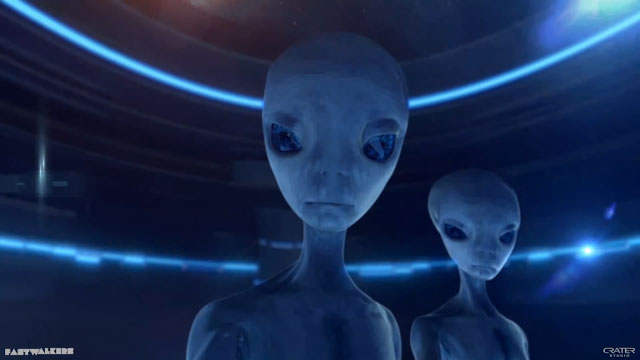 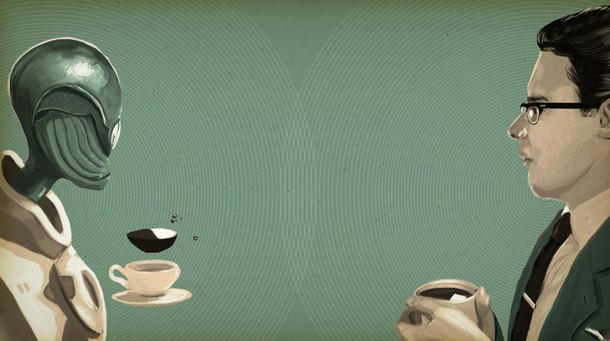