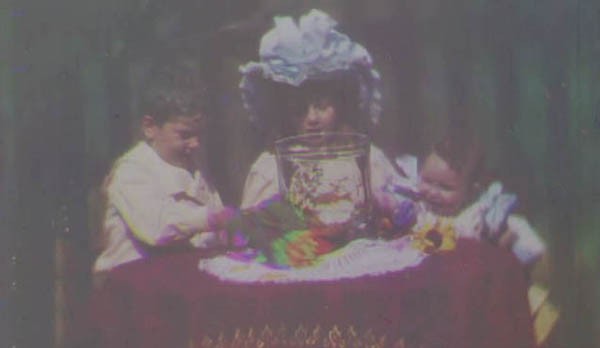 The earliest ever known color film footage has been rediscovered after more than 100 years.

The footage was found in the archives of the National Media Museum in Bradford and was the work of Edward Turner who filmed it at the beginning of the 20th century.

The aged video still works and shows a rare glimpse in to the past featuring footage of a macaw, some soldiers marching and Turner’s three children sitting at a table with sunflowers.

For the longest time it was believed that Turner’s film-making technique was a failure until the footage was finally recovered and played back after more than a century.

“We sat in the editing suite entranced as full-colour shots made 110 years ago came to life on the screen,” said the museum’s cinematography curator Michael Harvey.