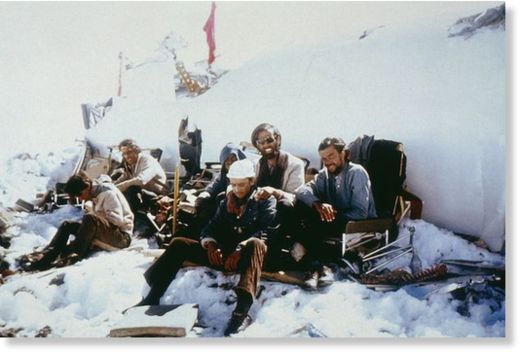 As events surrounding the disappearance of Malasian Airlines flight MH370 unfold – we look at some of the most unusual aircraft incidents through history.

Events surrounding the disappearance and possible crash of Malasian Airlines flight MH370 are not yet clear.
It has emerged that two passengers on the flight were travelling using stolen passports.
The owners of the passports have been contacted by authorities and confirmed to be safe and well.
A 12-mile oil slick has been discovered by the Vietnamese Navy – the first piece of evidence that flight MH370 may have crashed.
You can follow updates from the incident at our live blog, here.
In the meantime, here’s our roundup of the mysteries surrounding plane crashes and disappearances through history.
10 – Amelia Earhart disappears while circumnavigating the globe © Getty Pioneer: Earhart vanished while attempting to circumnavigate the globe

Pioneering American aviator Amelia Earhart disappeared in her Lockheed Electra on July 2nd 1937, while she and her navigator, Fred Noonan, were trying to circumnavigate the globe.
Earhart, who was the first woman to fly solo across the Atlantic, disappeared near Howland Island in the central Pacific Ocean.
Theories about Earhart’s fate have fascinated researchers – and nutcases – ever since. While most think she simply ran out of fuel and crashed into the sea, there’s also the theory that she was a spy for Franklin D Roosevelt and was captured by the Japanese.
Others claim the plane crashed on a Japanese island, stranding Earhart, who eventually died – and her body was carried off by sand crabs. Some think she survived the flight, moved to New Jersey and changed he name. And, of course, there’s a theory she was abducted by aliens – as dramatised in The 37’s, a 1995 episode of Star Trek: Voyager.
9 – Glenn Miller’s Air Force Plane disappears over the English Channel Performances: Miller was travelling to entertain troops in France when his plane disappeared

Legendary big-band leader Glenn Miller gave a string of performances in England for Allied forces with the US Army Air Force Band in the summer of 1944.
He spent his last night alive in Milton Ernest, near Bedford on December 14th 1944. The next day he was to fly to Paris to play for servicemen in France. They departed from RAF Tinwood Farm and disappeared over the English Channel.
Again, many theories about the fate of his single engine monoplane have taken hold since then. Some research says his aircraft was caught in a ‘friendly fire’ incident, after a flight of Lancaster Bombers aborted a raid on Siegen, Germany, jettisoning 100,000 incendiary bombs over the Channel before landing.
But journalist Udo Ulfkotte, writing in German newspaper Bild, came up with a more salacious and less believable theory – that Miller had, in fact made it to France, but died of a heart attack in a Parisian Brothel.
8 – Flight 19 and the Bermuda Triangle © Getty Mystery: The Flight 19 incident sparked the legend of the Bermuda Triangle

On the afternoon of December 5th, 1945, six disappeared into thin air – and started the legend of the Bermuda Triangle.
A training mission of five Navy Avenger planes, led by experienced flight instructor Charles Taylor, took off from Fort Lauderdale, Florida.
An hour and a half into the mission, pilots reported that they had become disorientated and couldn’t recognise landmarks below them.
In radio transmissions, Taylor told the Naval Air Station at Fort Lauderdale both of his compasses were out of action.
Despite the efforts of the Air Sation controllers, the team were unable to find their bearings. As the weather deteriorated, they couldn’t find landfall and ditched into the sea, with the deaths of all 14 airmen and crew.
Weirder still, one of the planes sent out to look for the lost training mission also disappeared.
The aircraft, a PBM Mariner sea plane, which took off at 7.30pm and was never heard from again. All 13 crew were presumed dead.
7 – Star Dust and the mystery Morse code

© Getty Cryptic: The meaning of the radio operator’s final message is still not known

When the BSAA Star Dust, a civilian version of the Lancaster Bomber, disappeared during a flight from Buenos Aires, Argentina to Santiago, Chile, it left behind a great many unanswered questions.
The aircraft, owned by British South American Airways (BSAA) and piloted by Reginald Cook, a distinguished air force pilot, left Buenos Aires at 1.46pm on August 2nd, 1947 and headed over the Andes mountains.
The plane never reached its destination, but the radio operator managed to send out one final cryptic morse code message – reading “STENDEC” -before it disappeared.
Theories about what happened to the plane – and the meaning of the cryptic final message – have grown over the years, and include UFO attacks, sabotage and the deliberate explosion of the flight to destroy diplomatic documents carried by a passenger.
More likely is that the plane accidentally flew into a near vertical snow field, which caused an avalanche burying the wreck.
The Star Dust wasn’t discovered until 50 years later, when two Argentine mountaineers found fragments of the engine and shreds of clothing.
6 – The Star Tiger disappears in the Bermuda Triangle

A second BSAA plane, the Star Tiger, disappeared flying from Santa Maria in Azores to Bermuda on 30th January 1948.
The flight took off in strong winds to take their 25 passengers – including World War II hero Air Marshal Sir Arthur Coningham – on their 12 hour journey, flying low to avoid the winds and following a Lancastrian plane which was to keep a lookout for bad weather.
The plane was blown off course and had to fly directly into a gale to reach Bermuda with enough fuel remaining. The lookout plane arrived safely just after 4am – but the Star Tiger was never seen or heard from again.
It’s thought that considering the low altitude, a strong gust of wind may have blown them into the sea – or that a faulty altimeter combined with tiredness from the long flight could have caused them to fly into the water.
5 – The mystery of Flight 191

This one’s cheating really – it doesn’t just apply to a single flight, but to a number of incidents over more than 40 years concerning planes with that number.
One of the most deadly plane crashes in American aviation history was the 1979 crash of American Airlines Flight 191, which crashed minutes after takeoff at O’Hare International Airport in Chicago, killing all 258 passengers and 13 crew.
Other flight 191 disasters included experimental plane X-15 Flight 191, which crashed in 1967 killing its pilot and JetBlue Airways flight 191 in 2012, during which the captain had an alleged panic attack, and had to be restrained by passengers.
Some superstitious airlines have retired the flight number 191. 4 – The mystery disappearance of the Star Ariel Yet another BSAA plane, the Star Ariel, vanished during a flight from Bermuda to Jamaica on January 17th, 1949.
It was a similar plane to the Star Tiger, and set off into clear skies and no turbulence – but was plagued from communication problems throughout the flight.
It never reached its destination and the search for survivors of the 20 passengers and crew was abandoned on January 25th.
An investigation concluded the cause of the accident was unknown, but Don Bennett, former director of BSAA claimed both Star Tiger and Star Ariel had been sabotaged by a “known war-registered saboteur.”
He also said Prime Minister Clement Atlee had personally ordered all enquiries into the incidents to be shut down.
3 – Alive: The Andes disaster of flight 571 © Getty Alive: Members of a Uruguayan Rugby Team were among the passengers of Flight 571 which crashed into the Andes.

A chartered Uruguayan Air Force plane carrying 45 passengers and crew – including a Rugby Union team from Montevideo – crashed into the Andes mountains in bad weather.
Of the 45 people on the plane, 12 died in the crash.
Six more died in the days afterward, and a further eight in an avalanche that ran through the plane’s wreckage, where they were taking shelter.
The remaining 16 passengers only survived by resorting to cannibalism, feeding on the corpses of their dead friends.
They were not found until 72 days after the crash, when two passengers made a ten-day trek across mountainous terrain, eventually finding a Chilean travelling salesman who gave them food and alerted authorities.
The story was immortalised in the 1993 film Alive.
2 – EgyptAir flight 990 Mystery surrounds the crash of EgyptAir flight 990, which left John F Kennedy International Airport in New York on 31st October 1999 bound for Cairo.
The Boeing 767 crashed into the Atlantic south of Massachusetts killing all 217 passengers and crew.
Gamil el-Batouty, the co-pilot of the flight had just been reprimanded for sexual misconduct by an EgyptAir executive that was a passenger on the plane.
The chief of the airline’s pilot group, Hatem Rushdy told el-Batouty this would be his “last flight” – to which the co-pilot replied “this is the last flight for you too.”
Later, when the pilot got up to use the bathroom, flight recorder recordings heard el-Batouty say softly, “I rely on God” before switching off the autopilot and pushing the plane into a dive.
He repeated the phrase as the plane descended. The captain returned to the cockpit, but was unable to pull the plane out of the dive.
The US National Trasportation Safety Board ruled that the crash was a result of el-Batouty’s actions, but did not determine a motive for them.
1 – Air France flight 447 An Airbus A330 from Rio to Paris carrying 288 passengers and crew from Rio to Paris vanished over the Atlantic in 2009.
The final report into the crash suggested ice crystals obstructed tubes in the aircraft, causing the autopilot to disconnect.
The crew attempted to recover from the problem, but failed and stalled, causing the aircraft to plunge into the ocean. 50 bodies were recovered from the sea in the months following the crash.
The black box recorders of Flight 447 were eventually found in May 2011, along with a further 104 bodies. The bodies of 74 passengers still remain unrecovered.

Comment: Since the initial publishing of this article, new facts about the disappearance of Malasian Airlines flight has come out. And they are no less mysterious than the stories mentioned here! Read the following forum thread to learn more about that and other cases mentioned in the article: Malaysia Airlines hunts for missing plane carrying 239
In this article:crashes, disappearance, planes 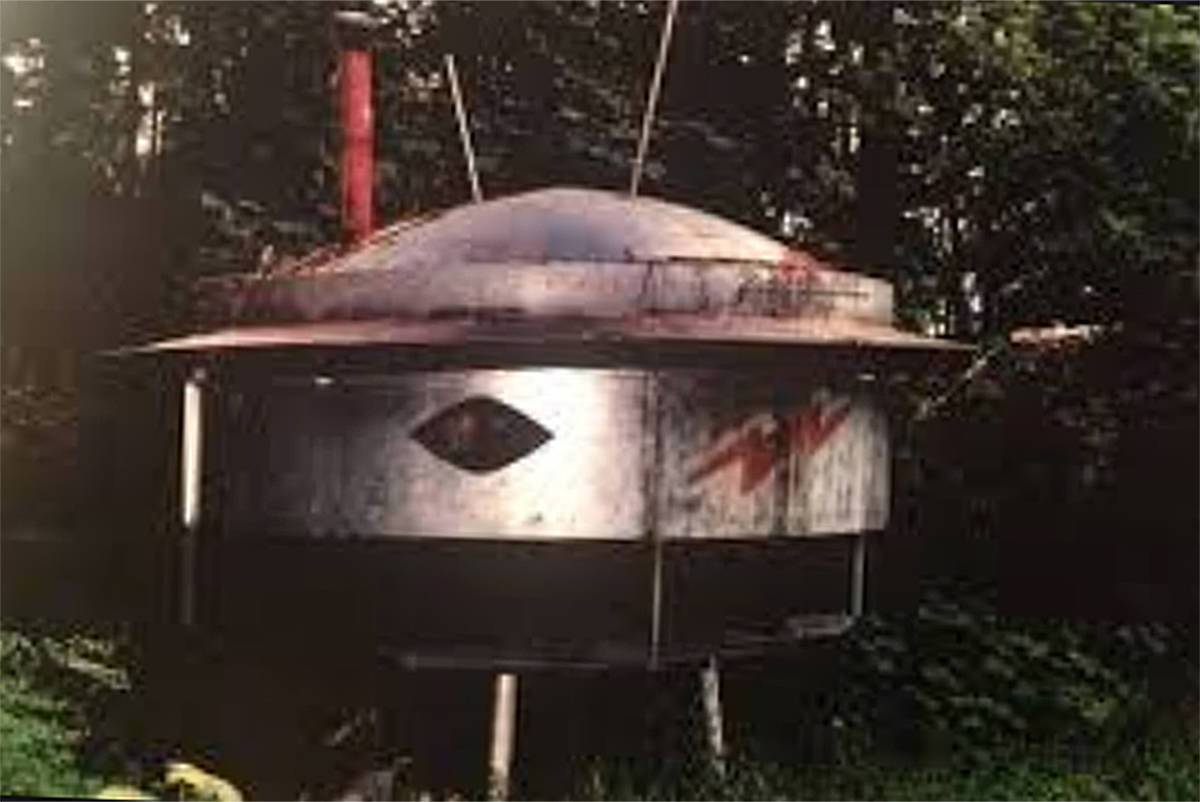 The mystery of the disappearance of Granger Taylor, who established contact with aliens

Canadian Granger Taylor lived in the town of Duncan. that on the island of Vancouver, and from childhood was obsessed with mechanics and digging in... 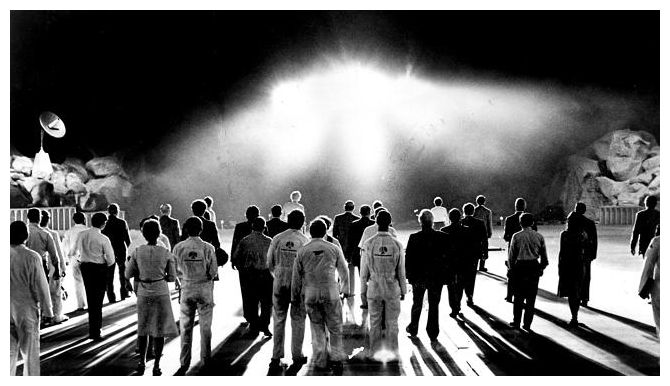 Mark Dunn Herald Sun, Australia The mystery of what became of pilot Frederick Valentich who disappeared mid-flight off the Victorian coast 36 years ago while... 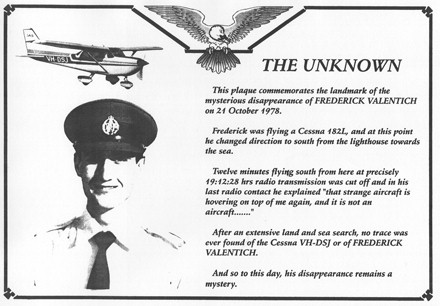 The disappearance of Frederick Valentich

Frederick Valentich was an Australian pilot who disappeared on October 21, 1978. His disappearance is surrounded by mystery, controversy and skepticism. Australian newspaper detailing...