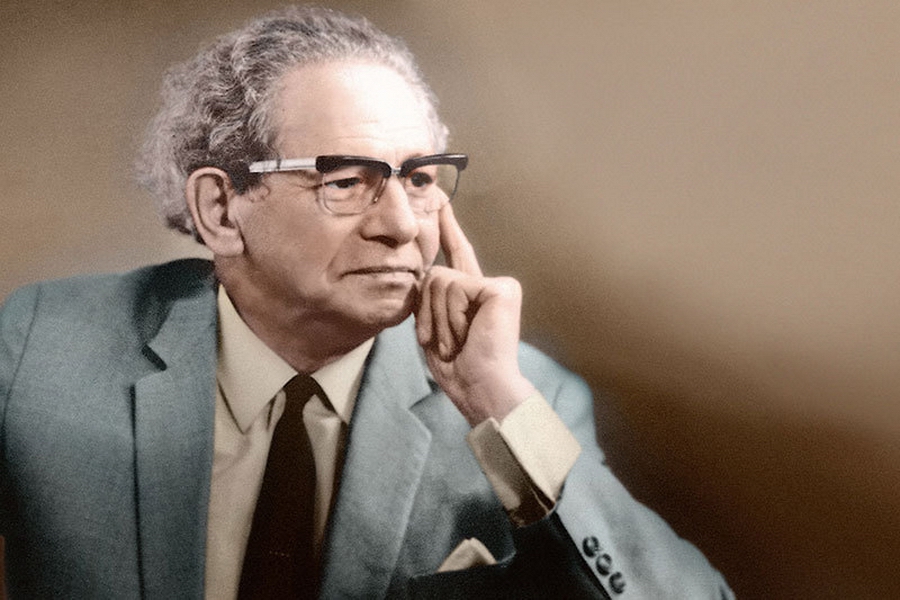 Soviet artist Wolf Messing, who became famous for easily reading the thoughts of the audience during his performances, is also known for his predictions. The Soviet era clairvoyant, warned what exactly would trigger the Third World War in the 21st century. Ominous predictions about the beginning of the Third World War are now so relevant that they are often quoted even by analysts.

Messing warned of the beginning and end of World War II, predicted the death of Stalin and himself. To date, there are published records that talk about the coming disaster, but no one listened to him.

“The global conflict, which will develop into a big war, will begin with China. It will launch a nuclear strike on Japan and Taiwan,” Messing said.

“Russia will come to the aid of these countries, becoming the main opponent of the Celestial Empire. The military confrontation will begin after 2021 and will go on for a long time,” Wolf added.

The predictor pointed out that China, hiding behind a mask of a smile for a long time, could suddenly become the main threat, while the United States could wallow in its own problems, without “help” from outside.

Perhaps he was the only one who clearly saw the danger of the threat from communist China back in the days of the USSR, when the eastern dragons decided to go their own way, even making claims to the country that made them great.

“As China goes, so it will begin”

The fact that a global conflict is inevitable was said not only by Wolf Messing but other clairvoyants who told how and when everything will begin.

The Tula elder claimed that China would start the Third World War:

“As China goes, everything will begin.” Russia will be drawn into the conflict, after which “Petersburg will go under water”, and Moscow will partially “fall through” underground – “where the mausoleum is and further away, beyond the river.”

Gunhilda Smelhus: “Temples will be empty”

90-year-old Gunhilda Smelhus was nicknamed the “Norwegian Vanga” for the accuracy of her prophecies. Her words were recorded by one of Norway’s most influential evangelical preachers, Pastor Emmanuel Tollefsen-Minos.

According to Gunhilda’s predictions, changes in the world will precede the war:

“temples will become empty and turn into places of entertainment”, men and women will begin to live with each other out of wedlock, “people from poor countries will arrive in Europe.”

At the same time, the Third War itself, Smelhus said, would not be marked by political crises and would start unexpectedly, becoming the biggest catastrophe in the history of mankind.

Sarah Hoffman: “Rockets will fly from one country to another”

American Sarah Hoffman began to see the future after she tried to commit suicide, survived a clinical death, but was resuscitated by doctors. According to her, World War III will begin in the Middle East: the Iranians will launch a nuclear strike on Israel, after which “missiles will start flying from one country to another, and this will quickly spread throughout the world.”

Mitar Tarabić is an illiterate Serbian peasant who dictated his predictions to the local priest Zahariy Zaharich. Mitar foresaw the assassination of the Serbian king, the victory of the USSR in World War II, and the invention of television and the Internet.VKOKLink

Here are the lines in the manuscript:

“Scientists will invent the most diverse and strange cannonballs. Exploding, instead of killing, they will bewitch all living things. According to Tarabich, only one state will not be affected by the Third World War – “a country at the very end of the world, surrounded by great seas” (probably, we are talking about Australia).

Veronica Luken: “Three-quarters of the world will be destroyed…”

US housewife Veronica Luken said that she was the Virgin Mary, Jesus and the saints, who asked to convey their words to other people. According to Luken’s prophecies, the outbreak of the Third World War depends on one country:

“Syria has the key to peace, or to the Third World War. Upon impact, the skin will forget that it was on the bones of a person, and fly off as if it had never been! Three-quarters of the world will be destroyed…”

Matthias Stromberger: “The third war will be the end of many nations”

Matthias Stromberger was called “the prophet from the Bavarian forest” – he was born in a family of peasants and became a millstone ruler who traveled around the country offering his services. Mattias did not know how to write, and his predictions were collected in one book by the priest Johann Georg Mühlbauer.

Mattias described a variety of things that appeared after his death: the airship, electricity, the railway. He also spoke about the Third World War: it will be preceded by a building fever, when houses “like honeycombs” will be built everywhere. The war itself, according to Stromberger, will destroy millions of people, and almost all countries will take part in it.

Alois Irlmeier was a fountain builder who helped search for missing soldiers. Irlmeier claimed that he often sees pictures from the future. During World War II, he amazed the inhabitants of his native city by knowing in advance where the bombs would fall.

Here is how Alois described the beginning of a global disaster:

Peace, according to the prophet, will bring “the third nine.”

Albert Pike: “Islam and Israel mutually annihilate each other”

The American Albert Pike was a high-ranking Freemason on the “Supreme Council of the World.” He predicted that World War III would be the last and would start in the Middle East due to conflict between Arabs and Israelis. After the conflict ends, a worldwide dictatorship will be established – the power of a single government for the entire planet.

In this article:Wolf Messing, ww3