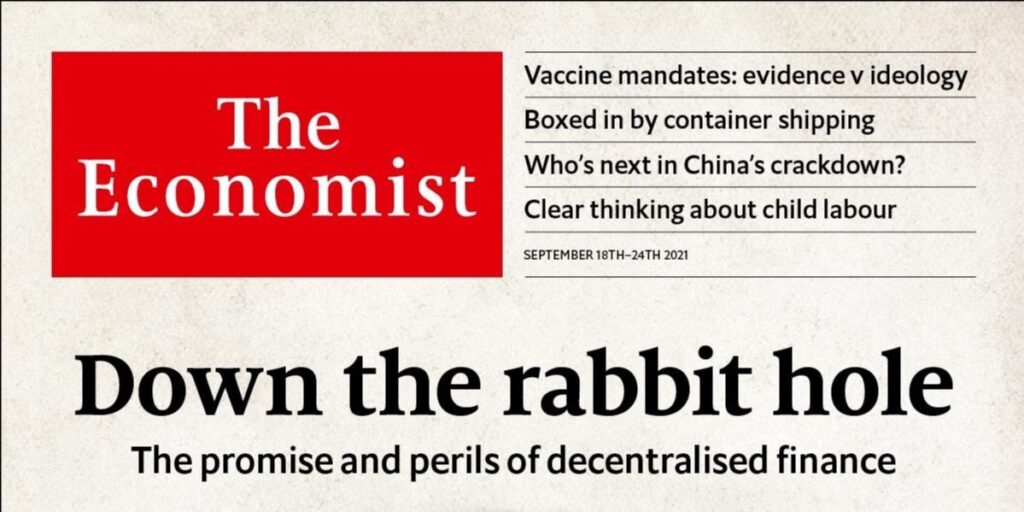 Last week, The Economist delighted conspiracy theorists with a new cover. On it, under the watchful eye of Alice and the Rabbit, with the participation of a tempter snake into the hole – the rabbit hole – world currencies and cryptoassets jumped.

The Cheshire Cat is poorly visible, smiling and controlling the process from above. The global elite who are behind all the latest developments, could be easily associated with him.

Charles Ludwig Dodgson, known under the pseudonym Lewis Carroll, was not only an intelligence officer, but also a professor of mathematics in the field of logic. After retiring from operational work, he taught the discipline at Oxford. Researchers of his work say that he created in the rabbit hole where Alice fell, a world of paradoxical logic, completely incompatible with the one familiar to mankind. Literally, the girl got from the traditional world into an unconventional, new and very marvelous world for her, so the analogy with the works of neoglobalists is simply direct.

The mysticism imposed through the mysteries of The Economist cover requires an explanation. After all, its authors not only shape the future, but also warn about it in the spirit of modern neoglobalists and transhumanists.

By doing this they obtain the tacit consent of the masses to restructure the existing world order. The following associations are especially stressful:

1. The rabbit looks at the Clock – there is little time left before the predicted events, or they will happen very quickly.
2. At the direction of the arrow of the compass (or masons), the main world currencies fall down the rabbit hole. The yuan falls there first, followed by the dollar and bitcoin almost simultaneously. They are followed by the stock market. Perhaps this is a hint of a transition to digital assets.
3. A little later the judicial system (scales of Themis) is destroyed – it is planned to transfer to the “conceptual apparatus” of international corporations and the law of the strongest.
4. State power is the last to collapse.
5. It is likely that Alice, as the organizer of the process, is the prototype of the “quantum club” at which, according to the stories of sources not admitted to it, the world behind the scenes plans to change the world.

The numbers on the biblical snake-tempter are not yet clear: 316655, 39, 465, 8629. For example, the first number in the CMYK encoding is dark green, which may just symbolize the offensive of the “green” economy unnecessary for mankind. And the last one is the number of the ordinary share of Yik Wo International Holdings on the Hong Kong Stock Exchange. This Chinese company is engaged in the production of plastic and rubber.

But with No. 5 in the list, everything is more or less clear: this is an artificial intelligence system, which is being improved by a group of intellectuals under the control of the puppeteers. This plan, as argued by Bertrand Russell and Frederick Lindemann, Churchill’s friend and advisor and one of the founders of DARPA, called for the formation of a new world government that would govern a society based on “quantum laws.”

Meanwhile, the global elite is looking at power struggles to administer processes as a tool to achieve their main goal. To do this, they play with local elites, helping one or the other. The result is obvious: various governments do not control the situation and follow the lead of international globalist organizations such as the UN, UNESCO, WHO, IMF and the World Bank.

The plans of the fairytale characters from the cover of The Economist are not destined to come true, because they themselves are unreal. But as some people know – a fairy tale is a lie, but there is a hint in it, a lesson to good fellows!

In this article:Quantum Law, The Economist 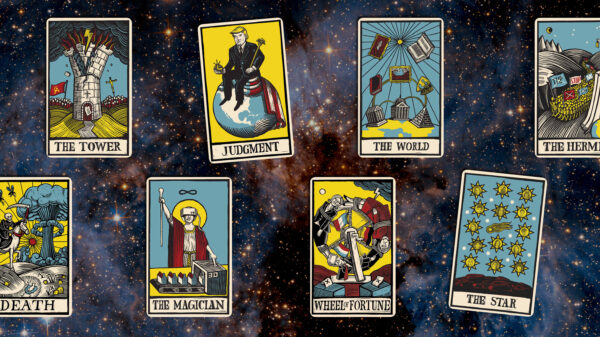 As you can see from the photo of the printed sample of the 2017 economist magazine, there is a comet on the cover, surrounded...