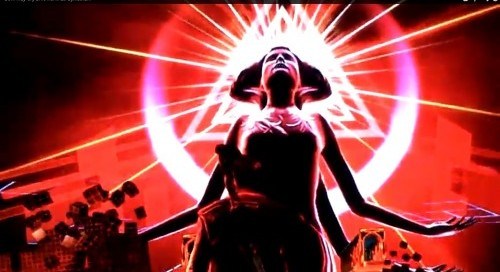 Putting something into words doesn’t just mean labelling known circumstances: Words, when used creatively, can literally bring something new into existence and into being.

For example, human rights were created in this way. They did not exist until someone brought them into being by putting into words what they envisioned as the opposite of inhumanity and unfairness.

Now fast forward to today. I started off one of my earlier blogs with the statement ‘Nothing in the world is as it seems.’ Most people have no idea that the world is full of occult words, terms and symbols. They are not there by accident. To get some idea what I mean take a look at the following words, terms and symbols.

Yes, I know court signifies an enclosed area but the real reason for its name is because like the aforementioned sports there is a game going on: The ‘ball’ is knocked back and forth between the prosecution and defendant teams.

The ‘referee’ or judge as in the sports games is dressed in black because he symbolises freemasonry and occultism. The judge sits three tiers or steps high because that represents the 3 degrees of freemasonry: The black robe worn is indicative of the planet-god Saturn lord of law.

The same Saturn honouring applies to black robes worn by students on graduation day, while the cap, known as the mortarboard represents freemasonry, I digress.

Saturn has been called the ‘lord of the rings.’ During a marriage ceremony people exchange rings on their fingers to pay homage to Saturn; an occult ritual that has gone on for 1000’s of years and most people are indeed clueless of it’s existence… A similar thing applies to earring (hearing) signifying the command given to women to listen to their god Saturn and wear earrings…

Water is directed by the riverbanks that control the water current-cy, cash flow of theliquid assets. It’s been said that some spend money like water. Actually, money is water! Bankrupt companies having no cash flow are termed insolvent.

Since the Roman Empire money control has been categorised by 2 laws. There’s the law of the land which varies according to the country you’re in and the law of water. The latter is calledMaritime Admiralty which connects commerce to water and is the same throughout the world.

A ship is called a ‘she’ because in commercial terms it has female characteristics. I’ll explain: A cargo ship arrives and docks at a berth (birth). ‘She’ delivers or produces let’s say 100’s of thousands of dollars worth of goods through water (amniotic fluid).  Each of these goods when taken on land has to have certificates of manifest (birth certificates).

Can you see that this makes us all Maritime Admiralty commercial products? We, the products, were delivered through mother’s waters (amniotic fluid) and given a birth certificate to officially I.D us…

We are an asset number to the country/corporation in terms of work and money making potential for them. This is why your birth certificate is documented in the department of commerce and you’re worth a lot of money on the stock market.

All this and no one has any idea that it’s going on. As you can see you’ve literally been played since day one. These are the real games that go on. The sports games are just mere distractions folks.

‘A lean’ and ‘illegal alien’

In places such as the USA and UK illegal immigrants will always be allowed. This is because the hidden powers that be don’t want you to know that they have an agenda to allow genetic mixing with the indigenous people of the land and there are plans to destroy the national identity of that country (see Agenda 21).

Secondly, an immigrant is regarded as an asset to that country if money is made for the corporation/country regardless of the resident citizen’s disapproval of his/her presence. –Yet another example proving we live in a corporatocracy not a democracy.

However, if the illegal immigrant is not earning money for the corporation/country then ‘a lean’ will be put on that person. ‘A lean’ is a threat which occurs when someone is unable to pay their dues.

So, in the case of the immigrant unable to pay the corporation/country his/her dues the terminology changes from ‘a lean’ to ‘a-l-i-en.’ Hence you have the tern ‘illegal alien.’

Like I’ve said, words don’t just label things already there. It’s about creatively putting something into words and bringing it into existence and into being. Indeed the above shows just a few examples of the many words containing hidden occultist meaning.

‘Amor’ or love, the platform for freedom reverses to ‘Roma’ Rome an evil empire embodying power and restriction of freedom.

‘Amgod’ infinite possibility which is who you really when reversed becomes ‘Dogma’Restricted and stultified growth… see the above (right) quote from Robert Anton Wilson.

On a lighter note we have ‘live.’  When reversed becomes ‘evil.’ On the subject evil becomes d’evil the devil. ‘God’ is ‘good’ without an ‘o’…

The cross – Besides representing sacrifice and salvation through Jesus’ death, the cross has many other religious connotations and symbolises the physical nature of the universe. The inverted satanic cross has been viewed as the antithesis of what the Christian symbol stands for. The pentagram – With 5 points, the one pointing up represents the spirit, while the others are the elements; earth, fire, air and water.

It is believed to have protective powers against evil spirits. In freemasonry it is known as the ‘good God’ while the inverted pentagram is the ‘evil God,’ also known as the ‘goat of Mendes.’

The Swastika – has served to represent quite a range of different cultures and creeds going as far back as ancient times. For example, you have the Hopi Indian swastika which represents a spiritual journey. Beginning at the centre, each arm represents the 4 directions; north, south, east and west where the spirit journeys and extends into the ethereal realm. The right-angled turns making it differ to the conventional cruciform represent the physical journey undertaken.

Indeed the Nazi swastika has greatly tarnished the respectability for this symbol, standing for racism, genocide and eugenics… The swastika was reversed from being right- handed like the Hopi version which esoterically represented the positive aspects of light and creation to the left-handed which stands for black magic and destruction.

Incidentally, Black and Red – symbolises Satanism because black does not give off light while red is a colour in the lower chakra system.

Indeed, there is much more related to the above symbols but the purpose of this was to briefly show that they have been brought into existence and into being as a display of what they represent to certain individuals and groups in terms of the their thoughts deeds and actions.

Advertisement. Scroll to continue reading.
In this article:featured, occult symbols