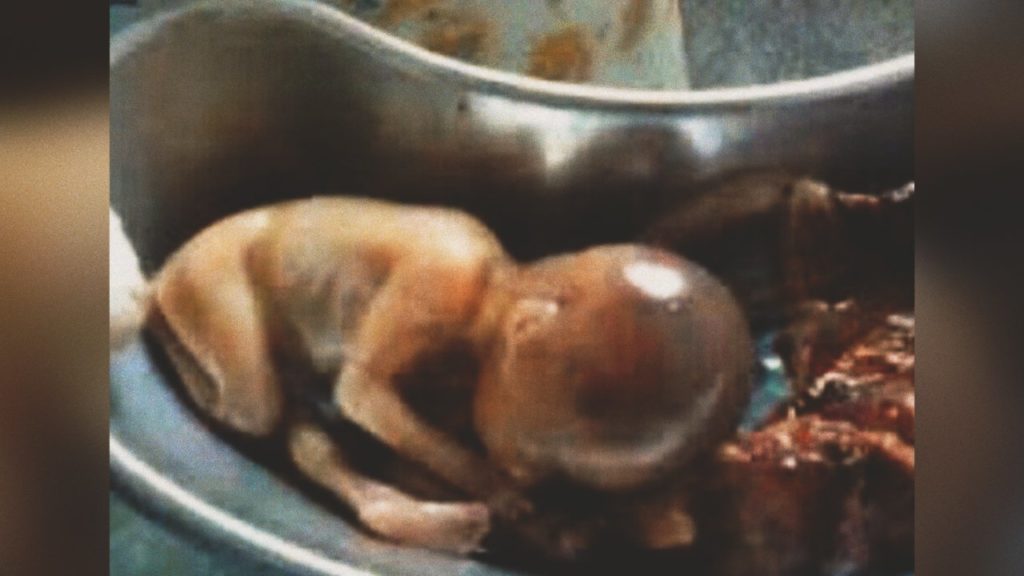 In 1977, Melissa Ohden was born out of an attempt to take her life. At the age of 8 months old, her mother attempted to have a 5-day saline infusion abortion.

However, after the abortion she lived, despite weighing a mere 2 pounds and 14 ounces, suffering from horrible health problems such as seizures, jaundice, and severe respiratory distress.

On August 29, 1977 she was saved by a nurse who noticed her crying after still being alive, discarded after the abortion. The nurse ensured that the 8 month old infant was hooked up to tubes and wires and placed into a neonatal unit that saved her life.

There was no family member or supportive mother wishing she would survive, like the recent case of the boy in Britain who was essentially killed by the law forcing the family to remain in the UK rather than go to Italy for treatment.

The method of abortion that Melissa Ohden’s mother had chosen is horrifying. It was a five day process of poisoning the unborn child with a toxic saline solution.

It was 36 years later that her mother discovered her baby had in fact not been aborted.

For the first 2 decades of this woman’s life she searched for answers. Eventually she discovered that it was not her mother who wanted to have the abortion, but it was her grandmother who was also a nurse that pushed the decision on her.

A nurse in the hospital where the baby was almost aborted tried to let her die: but because one person believed in life, she is alive to tell this story.

The nurse who wanted her to die was in fact her own grandmother. The story can solidly be confirmed by medical records, although the mainstream media has tried to debate small pieces of this story, such as the fact that she was discarded after the abortion.

One positive part in specific about this woman’s story is that she is particularly talking about forgiveness and life. She isn’t trying to sell anything, or force anything on anyone, but she’s talking about how she learned to forgive her grandmother and mother.

“She was heavily sedated and didn’t know that I had been born alive. It would be 30 odd years before she learned the truth.

It’s been a long and painful journey from shame and anger to faith and forgiveness. But I refuse to be poisoned by bitterness – that’s no way to live.”

What she most likely means by her grandmother was heavily sedated, is the fact that from the 1950’s to 1970’s, the concept of a prescription to anti-anxiety medication was a huge thing. In fact, the willingness to allow her own granddaughter to lose her life as she fought for it was most likely a consequence of being numbed by the drugs she took. In that day, drugs that are similar to the Benzodiazapine class like Xanax were widely used by average Americans.

Anybody with a conscience in my opinion should be moved by such a story. If it makes you uncomfortable to hear a woman who is pro-life speak, consider this: nobody has to take away anyone’s right to do anything to have compassion for those who have lost their lives to abortion.

A person can be pro-life without wanting to strip other people of their abilities to do things. This woman happens to be Christian, and she isn’t forcing her beliefs on anybody. It says something about the human conscience and forgiveness to hear her story.