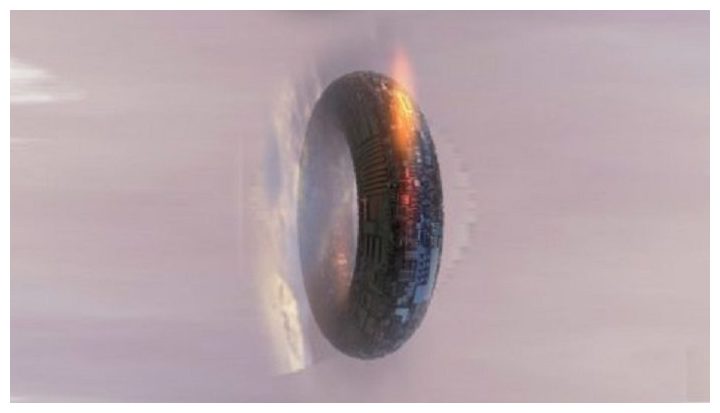 While driving through the Mexican state of Baja California recently, a woman took out her camera phone and filmed what is being called the first alien UFO sighting of the new year.

The video (watch below) appears to show a vertical object that is taller than it is wide, hovering in the orange sky above the rooftops as the person filming drives down the road.

“You can see that the tubular UFO is flying vertically over the city,” said Pedro Martinez, a man Daily Mail describes as an “UFO expert.”

“Aliens are aware that we have made a number of space launches recently and have identified that we have been sending up ‘war material.’ Concerned by our activity, they have been increasingly monitoring our planet. This year will be very important for those of us who follow this phenomenon closely.”

One of the space launches that Martinez may be referring to is the recent SpaceX Zuma launch, which we now know included a secret US spy satellite.

The satellite was supposed to be launched into orbit by the Falcon 9 rocket, but it has since gone missing and is believed to have either broken up in the atmosphere or fallen into the sea. Because of the top secret nature of the mission, SpaceX will not comment further on the lost satellite.

As with every UFOs, some are calling the Baja California sighting a hoax, with others saying that it is a man with a jetpack.

The figure does look like a flying person, but so far there is no alternate footage of the event to validate or disprove what the woman saw or what Martinez confirmed as a alien spacecraft.

It might be one of the more debatable UFO videos we’ve seen recently, but remember: for every grainy viral video of a purported UFO, there’s also plenty of accounts of UFOs from professional pilots that defy explanation to this day. The truth is out there, somewhere.