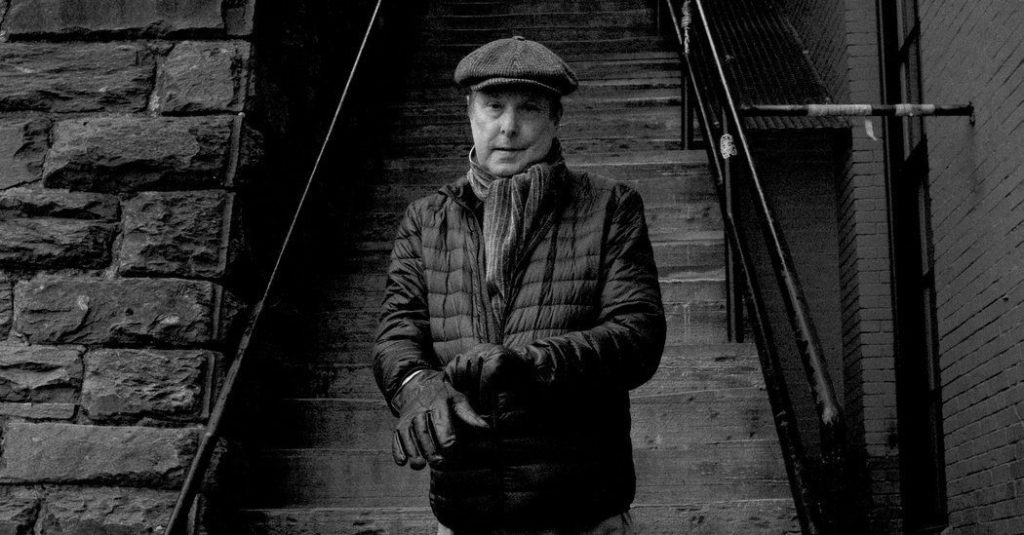 William Friedkin, director of “The Exorcist” has created a new documentary called “The Devil and Father Amorth”.

When you’ve got a demonic child in Washington splattering dark stinking bile, croaking gibberish, spewing vulgar personal attacks, lying to sow confusion, whining about the unfairness of the attempts of righteous men to compel the diabolical behavior and head-spinning outbursts to stop, who do you call?

The demon-buster himself, of course, William Friedkin, the director of The Exorcist.

Before Donald Trump became president, the most frightening thing that happened in the capital was The Exorcist, which brags on its DVD cover that it’s “the scariest film of all time.”

It could well be, if the measure is moviegoers putting down their popcorn in unison when Linda Blair gushes green vomit.

“That was oatmeal – the pea soup was just for coloring,” the 82-year-old Friedkin tells me, as we have lunch at 1789 in Georgetown, a restaurant opposite the steep concrete steps where Jason Miller’s tortured Father Karras fell to his death in a violent struggle with the demon.

Friedkin offers an eerie connection to the Trump White House, noting that he edited the film at 666 Fifth Avenue, the accursed Manhattan building with the Number of the Beast at the center of Jared Kushner’s money problems.

The book and screenplay were written by William Peter Blatty, inspired by a news story he heard about in a religious class: the 1949 case of a 14-year-old boy in a Maryland suburb of Washington. Objects appeared to move around on their own in the boy’s bedroom and he was violent and speaking Latin phrases. The boy, a Lutheran who grew up to be an engineer at NASA, underwent an exorcism, first with a priest from Georgetown University and then with priests in St. Louis.

After studying up on the case, Friedkin has decided it was “jive.”

“It just doesn’t hold water,” he says, eating asparagus soup that looks enough like what came out of Linda Blair’s mouth to make me a little queasy.

Friedkin’s career peaked in the early ’70s with two blockbusters, The French Connection and The Exorcist. Eventually he felt so out of touch with a Hollywood possessed by comic books and Sci-Fi’s that he began directing operas.

Now he has returned to the subject that haunts him with a documentary called The Devil and Father Amorth, opening this month.

Friedkin used a hand-held camera to film an interview with Father Amorth, the chief Vatican exorcist, who worried that “Satan rules the world” and was in the Vatican. He died in 2016 at 91.

The director, who had never seen an exorcism, also talked the priest into letting him film the exorcism of an Italian architect named Christina with whom he had done the ancient ritual many times.

“It was harrowing,” Friedkin says. “These five strong guys are holding her down. They’re sweating. Father Amorth told me that during one of the exorcisms, she accused him of his sins and they were real.”

Friedkin took this footage to neurosurgeons and psychiatrists, and one psychiatrist challenged it, saying Christina did not show “the classic symptoms” of possession, such as her head turning 360 degrees and her body levitating.

“I said, ‘Doctor, we made that up,’” Friedkin recalls dryly. “Blatty invented what we think of as possession and exorcism today, and I had to find a way to film it. Father Amorth never encountered stuff like that, but he encountered other extraordinary occurrences and personality changes and voice changes. But there was no levitation or head spinning.”

The filmmaker says that for his documentary he did nothing to amplify the guttural growl of Christina, which evokes the terrifying voice used by Mercedes McCambridge, which was dubbed in for Blair’s in the possession scenes.

“When she breathed into the mic, you’d hear five or six sounds come out at once, like John Coltrane playing the sax,” he says. “When I first called her, she said, ‘I’m in A.A. I had a serious drinking problem. I am a lapsed Catholic, but I still have strong ties to the church. So in order to do what you want, I’m going to have to start drinking Jack Daniel’s again and smoking cigarettes and eating raw eggs.’ And she wanted to have her own two priests with her at all times.”

Friedkin is chockablock with such tales.

He says the first of his four wives, Jeanne Moreau, installed a lifelong love of Proust in him by reading it aloud.

Happily married to Sherry Lansing for 26 years, Friedkin says, he wasn’t really “Hollywood’s most combustible director,” as The Telegraph once called him.

“I don’t drink,” he says. “I’ve never done drugs. I’ve never tried grass. But I think Miles Davis is a reason to live.” He does cop to slapping a couple of people to get the sad and angry performances he wanted, noting that another word for director is “manipulator.”

He did not want Gene Hackman to play the iconic New York police detective Popeye Doyle in The French Connection.

He gave the role to Jimmy Breslin instead. “He had exactly the look I had in mind, a Black Irishman,” Friedkin says. “The first day, he was great, great, great. The second day, he forgot what he did on the first day. The third day, he didn’t show up. Comes Friday, he shows up and says, ‘Hey, isn’t there a car chase in this movie?’ I said, ‘Yeah.’ He said, ‘You know, I promised my mother on her deathbed I wouldn’t drive, so I don’t know how to drive.’ I said, ‘You’re fired.’”

He gave Hackman the part, and they sparred so much during filming that at the end, he told a producer: “I may get away with this thing, but if I had to do ‘The Gene Hackman Story,’ I wouldn’t hire this guy.” He acknowledges now that Hackman is one of the greatest American film actors.

After lunch, Friedkin makes me descend the Stairway to Hell, the 75 steps in the movie’s climactic scene that I had avoided my whole life. I saw The Exorcist on my 21st birthday and was so unnerved, I went to bed and missed my own party.

Standing on the steps, Friedkin channels the demon, growling, “Your mother still rots in hell, Karras, you faithless slime.” Tourists taking selfies on the stairs look around, startled.

And even all these years later, I still want to crawl under the covers.

In this article:The Exorcist 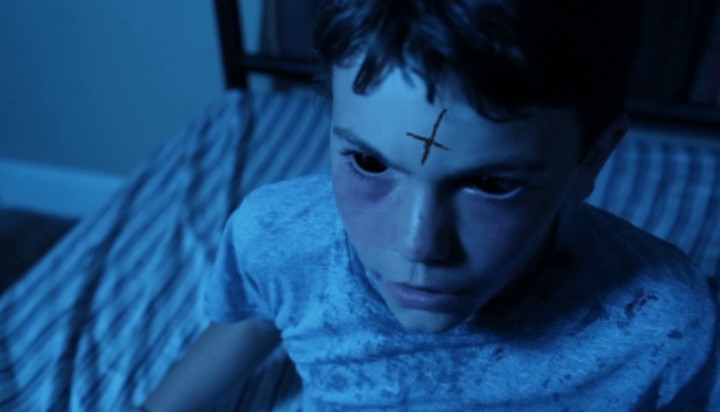 Exorcism of Douglas Deen: The True Story Behind “The Exorcist” Movie

In January 1949, the Deens were disturbed by scratching sounds coming from their walls and ceiling in their home in a Maryland suburb of... 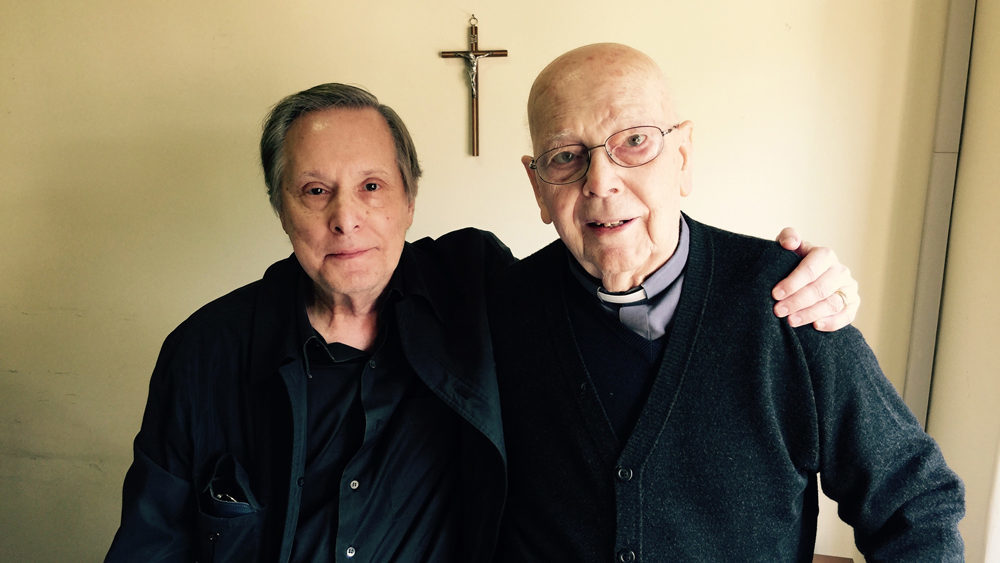 Director of ‘The Exorcist’, William Friedkin, on his new documentary ‘The Devil and Father Amorth’

Ted Johnson Variety © The Orchard William Friedkin returned to Washington last week to talk about his latest project – The Devil and Father...