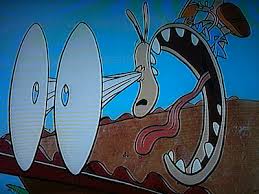 De Void damn near caught fire and exploded the other day when Foreign Policy actually noticed the Peruvian government had resumed its UFO research program. I wish I’d had it on video. I mean seriously, my eyes sproinged from their sockets and my hair sprayed out like Javier Bardem in “The Counselor” and, I dunno, it was something so special, I kinda wish you’d seen it.

Granted, FP isn’t the staid, Sahara-dry wonky quarterly it used to when it cranked up 40 years ago. It did a hipper glossy bi-monthly makeover in the Double Aughts. And yeah, OK, maybe the six-graph blurb was only part of a lousy blog. De Void is a lousy blog. Still — Foreign Policy, man. That’s about as mainstream Beltway as it gets. And yeah, OK, it couldn’t resist running the perfunctory little green man art, that’s a given. But the text wasn’t snarky, in a departure from the way these glib suits usually handle The Great Taboo.

What was interesting is how reporter Catherine Traywick even linked to a couple of Peruvian videos, like this one. The relevant part starts at 3:28:

First glance, I’m thinking really? Seriously? That quick little smudge — that’s all you got? But slow it down, blow it up, reverse to negative and, well, who knows? That’ll be Peru’s job to figure out now. Which bodes well for science because instead of a lot of anonymous blowhards taking cracks at footage and images, government analysts will now be charged with raking through the pixels with what one presumes will be competence and accountability.

But for Foreign Policy, Peru should beg a larger question: What’s going on in South America vis a vis UFOs? De Void’s been playing this tune like a broken record, but now that The Great Taboo is on the radar, the editors really need to examine this pattern. Since the military dictatorships have been swept from power, half a dozen South American nations now sponsor active UFO investigations. For at least one of those countries, Ecuador, their rigor may be directly related to alleged U.S. meddling in its internal affairs. What’s going on down there? Show some stones, Foreign Policy. Make some news, don’t just follow it.