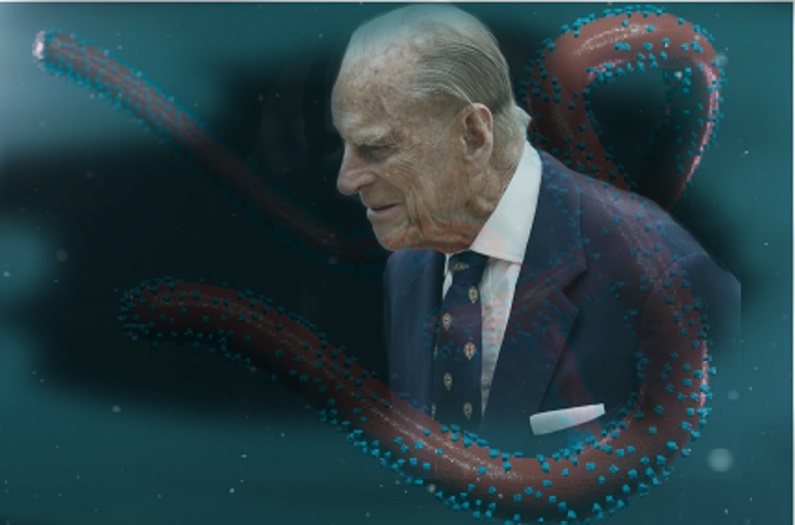 Prince Philip, Duke of Edinburgh, husband of Elizabeth II, said back in 1988: “In the event that I am reincarnated, I would like to return as a deadly virus, to contribute something to solving overpopulation.” The quote originates from an interview he gave to Deutsche Press-Agentur and was also widely shared during the early stages of the COVID-19 pandemic.

All these occult jokes in the royal family are simply fabulously strange. For example, the widow of King George VI, Queen Elizabeth, better known as the Queen Mother, died in her sleep on March 30, 2002 at the age of 101. Well, isn’t it beautiful?

Exactly 13 days after the “death” of Prince Philip, no more, no less, an article appears on the website of the GAVI organization, run by Bill Gates: “The next epidemic: Marburg?” Everyone should read this to understand what could be awaiting us.

Why do we focus on codes and symbols? Because it is extremely important to understand what is happening.

On the same day, there was a story in the news that the first person to get sick with this virus was found in Africa, as the WHO representative announced.

So what exactly is this GAVI Marburg virus?

Where does it circulate? Most of the outbreaks were in Africa, with cases reported in Angola, the Democratic Republic of the Congo, Kenya, Uganda, South Africa and Zimbabwe. However, there have been outbreaks in Europe and the United States.

Pandemic Threat: How can the Marburg virus spread from person to person? Through contact with body fluids, like Ebola. As outbreaks in Europe and the United States have already shown, increasing globalization and international travel mean that the risk of global spread is high, especially when the incubation period can be up to three weeks. This could be disastrous given the high death rate.

How does it spread? Egyptian bats often contain the virus. African green monkeys have spread the virus to humans in Uganda in the past, but pigs can also become infected and can be a source of infection. The Marburg virus spreads through direct contact (through damaged skin or mucous membranes) with the blood, secretions, organs, or other body fluids of infected people, and through any materials, such as bedding, that have been contaminated with infected fluids. As a result, healthcare workers are often infected while treating patients with the Marburg virus. Funeral ceremonies in which people have direct body contact can also stimulate the spread of the virus. (But in reality, no viruses live outside living cells, this is known to all specialists.)

Lethality: Marburg is one of the deadliest viruses we know of, killing up to 88% of the people it infects.

Incubation period: Incubation ranges from two days to 21 days, although some studies have shown that the virus can incubate for 26 days.

Symptoms: Marburg virus begins with fever, severe headache and muscle pain. This is often followed by watery diarrhea (note! This means that the virus will be detected not by picking the nose, but by rectal swabs. They have been preparing us for them for a long time.) Pain in the stomach, nausea and vomiting, accompanied by extreme exhaustion and lethargy. Many people develop severe viral haemorrhagic fever and, in severe cases, blood in vomit and feces, which can bleed from the nose, gums, and vagina. The onslaught of the virus is so extreme that most people die within 8-9 days of infection, often due to extreme blood loss.

What could happen next?

Vaccinated people – in large numbers, and unvaccinated – to a lesser extent, will have the symptoms listed in the GAVI article.

They will all be given a PCR test, which has already been urgently prepared (Primerdesign developed a one-step PCR test back in 2018 for Marburg hemorrhagic fever.), This test, of course, will almost always be positive.

The test will be done on the basis of a rectal smear, they wrote about diarrhea for a reason. They have already successfully pushed rectal swabs and in general, they have casually mentioned this many times.

Then an outbreak of a “terrible disease” is announced. Total “disinfection” with various toxic substances are carried out all around.

Graphene and other nanoparticles and toxins continue to pour from the sky – coughs, blood clots and other symptoms in people are massively increasing.

All contacts with the “sick” are checked using the so-called “PCR-testing” of rectal smears and polls declared sick, many

All contacts with the “sick” are checked using the so-called “PCR-testing” of rectal smears and polls declared sick, many of them “asymptomatic” at first.

All of them begin to be “treated” according to the deadly WHO protocols (with 90% fatal outcomes, as stated in the said Article).

Voila! Prince Philip fulfilled his dream and was reborn on earth with a deadly virus.

The conclusion of the Pandemic Agreement is scheduled for the very near future.

In this article:Marburg Virus, Prince Philip 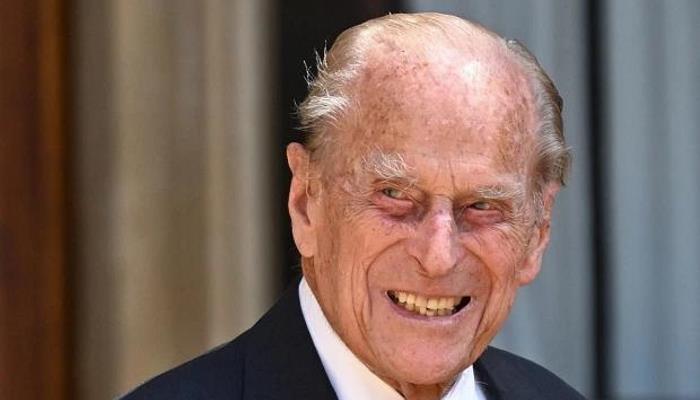 The unusual hobby of the husband of Elizabeth II is unveiled. The uncle of Prince Philip had a UFO encounter

The unusual hobby of the 99-year-old Prince Philip has been unveiled. According to the newspaper The Sun, the husband of the British Queen Elizabeth II, for many...