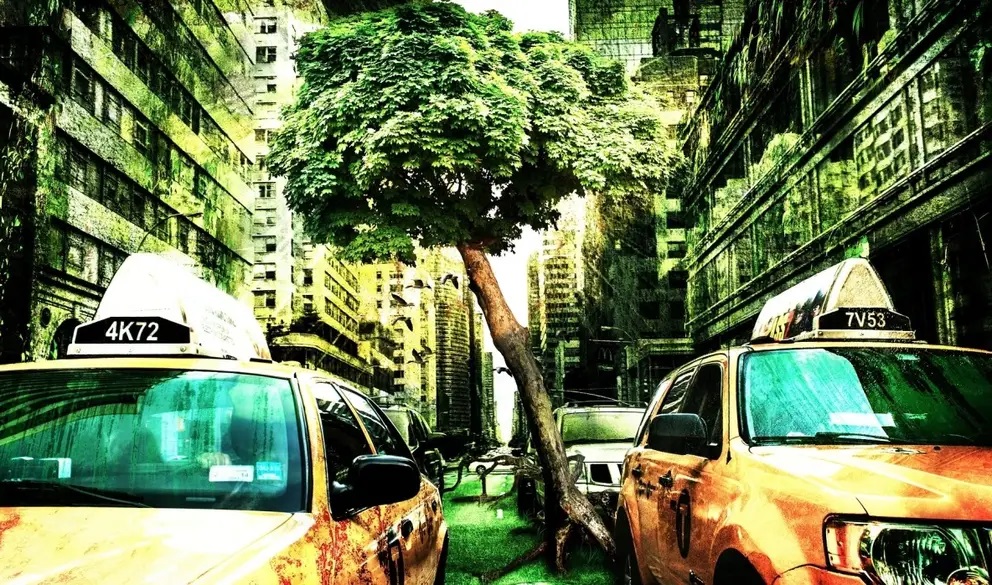 Javier – a Spaniard hiding under the nickname unicosobreviviente (“lone survivor”) claims that while traveling in time, he was stuck in 2027, where he was left all alone. They all disappeared somewhere. In the video filmed by the “traveler”, in fact, there are no people – only empty streets of Spanish cities.

Javier has 6 million subscribers, each of his “video from the future” is watched by at least several hundred thousand people and numerous “likes”.

There are, of course, doubters, but most TikTok users trust unicosobreviviente, while he hides his face and does not explain how he is transferring footage from 2027 to our time.

If it is simply obvious that Javier is faking the whole thing, then why are the tales of the cunning Spaniard arousing so much interest?

There are probably three reasons. First: the very theme of time travel through the years excites the imagination – since the time of Herbert Wales with his “Time Machine”. People want to believe that this is possible. They are helped by talented people who have filmed “Back to the Future” and all the countless films about time travel.

Regularly appearing stories about guests from the future reinforce the belief in miracles, which is fed by serious scientists, who, as they say, with equations in hand, prove that building a real “time machine” is not so unrealistic. At least in theory.

Fresh evidence recently has been presented by the scientists who created a mathematical model of the “time machine”. Ben Tippett from the University of British Columbia, along with American colleague David Tsang from the University of Maryland, believe that it is quite workable, and their “calculations” are in full swing with the General Theory of Relativity by Albert Einstein.

To translate the theory into practice, Tippet and Tsang need some exotic substance – energy with the so-called negative density. Scientists do not know where to get it and nobody knows as yet. But it would be rash to say that the substance you are looking for does not exist in nature as It seems to exist not only hypothetically. For example, in the form of the so-called dark energy, under the influence of which our Universe is expanding rapidly. It shouldn’t, if only gravitational forces acted in space-time.

A little earlier, Amos Ori from the Israel Institute of Technology in Haifa talked about the real possibility of traveling in time. He assured us that space can be curved in such a way that it takes the shape of a donut. Time will also be distorted inside it – as it were, it will shrink. As a result, the donut hole will become the entrance to the past.

The second reason: to imagine as if there was no one around. It’s fun too. The proof is the very popular, translated into many languages, tale of the Danish writer Jens Sigsgaard “Palle alene i Verden” about the adventures of a boy who, getting up in the morning, found that he was all alone – in an empty city.

Research on the topic “What will happen if all people disappear from the Earth” has been carried out many times by serious scientists, trying to predict the events that will begin to occur on the planet left without our supervision.

Well, and the third reason: fear of some kind of global catastrophe, the alarming expectation of which accompanies humanity throughout its history.

In short, the TikTok user showed enviable creativity, combining all three themes: they say, I am a time traveler, and the last one on Earth, and a witness to the apocalypse.

Javier – he is not alone

Before Javier, the most famous time travelers who “blew up the Internet,” as they say, were three: a young man discovered in a photo from the Bralorne Pioneer Museum in the Canadian province of British Columbia. The picture was taken in 1941, and the stranger captured on it looks very modern – like a 21st century man.

The second guest from the future called himself Andrew Carlssin. In 2002, he was arrested in New York on suspicion of fraud. By playing on the stock exchange, he made 126 transactions in two weeks – very risky, but turned out to be incredibly profitable. As a result, Karlsin earned $ 350 million, having at the beginning only $ 800. This aroused the suspicion of the US Securities Market Commission (SEC) – as they say, he used insider information received from the managers of the companies with whom he entered into an agreement.

The arrested person denied conspiracy charges. He said that he worked alone and used information known in the future, from where, in fact, he came to us in a “time machine”, having left from the year 2256.

The third “illustrious” traveler is John Titor. He first appeared on November 2, 2000, appearing on the Time Travel Institute, a forum for time travel enthusiasts and theorists. He went under the nickname TimeTravel_0 and he joined discussions until March 2001. Then he disappeared.

Skeptics argued that the belongings of the “modern” guy from the 1941 Canadian photograph – the portable camera, sunglasses, the sweater of an unusual design allegedly of the 21st century – could be also found in the middle of the 20th century. His haircut was also not unusual in this particular era.

There was evidence that the story of the “millionaire from the future” was most likely invented by the authors of the Weekly World News, which specializes in entertaining fakes.

John Titor actually “screwed up”, saying that in 2004 a civil war would begin in the United States, which would turn into a world war – a nuclear one, in which everyone, including the European Union and China, would be defeated by Russia, and instead of the United States there was an AFE – the American Federal Empire.

Nevertheless, hundreds of thousands of Internet users continue to believe that guests from the future are somehow infiltrating us and the success of the obvious swindler Javier is evidence of this.

It’s rather strange to doubt that the Americans were on the moon, but at the same time believe a guy who claims to be posting videos in our time, filmed in 2027.

And what about Javier’s empty streets? In the recent lockdown, people actually hid in their homes, in which case, you can edit video frames so that even aliens would appear on them.

Some TikTok users noticed that there were moving dark dots at the intersection and suggested that part of the image was erased from the video. Other commentators have noticed that Javier has “different hands” in all his videos. They also wondered how you can send a video to TikTok from the future.

In our opinion, fake is most of all given out by “night videos” – with illuminated streets. Cities without people would quickly plunge into darkness due to accidents at power plants deprived of services.

In any case, we ought to treat all potential ‘time travellers’ in different ways, but first you should at least listen to what they say, but what does science say about time travel? Surprisingly, theoretically it allows such a possibility. After all , it follows from Einstein ‘s theory of relativity that time flows at different speeds depending on how fast the object is moving. The closer its speed is to the speed of light, the slower time passes. Launch an astronaut into space, whose ship will accelerate to near-light speeds – on return, he will be younger than his hypothetical (or real) twin brother.

From the same theory of relativity, it follows that time slows down near objects with ultra-high gravity – the notorious black holes. More precisely, it bends there along with space. Now let’s turn on imagination (yes, scientists are also capable of this) and imagine that a man-made time machine bends space like a black hole, and its passengers, moving in a circle, can “exit” at any point in the past, where they deem necessary.

It’s hard to believe, but today scientists are already trying to imagine what the sky of another Universe looks like and what can generally be seen through the tunnel between the worlds. And on the pages of reputable scientific publications, not only tunnels in space, but also a time machine are discussed quite seriously .

The famous British astrophysicist Stephen Hawking also discussed the possibility of time travel. He touched on this topic in many of his books, noting that it is “a very serious matter,” but if you apply for a grant to study time travel, “you will be fired immediately.”

Isn’t that the whole point? Maybe first you need to believe that this is possible?

In this article:TikTok, time travellers

[ad_1] DID a time traveller from the future go back 350 years with an iPhone and get painted in the process? Apple CEO Tim... 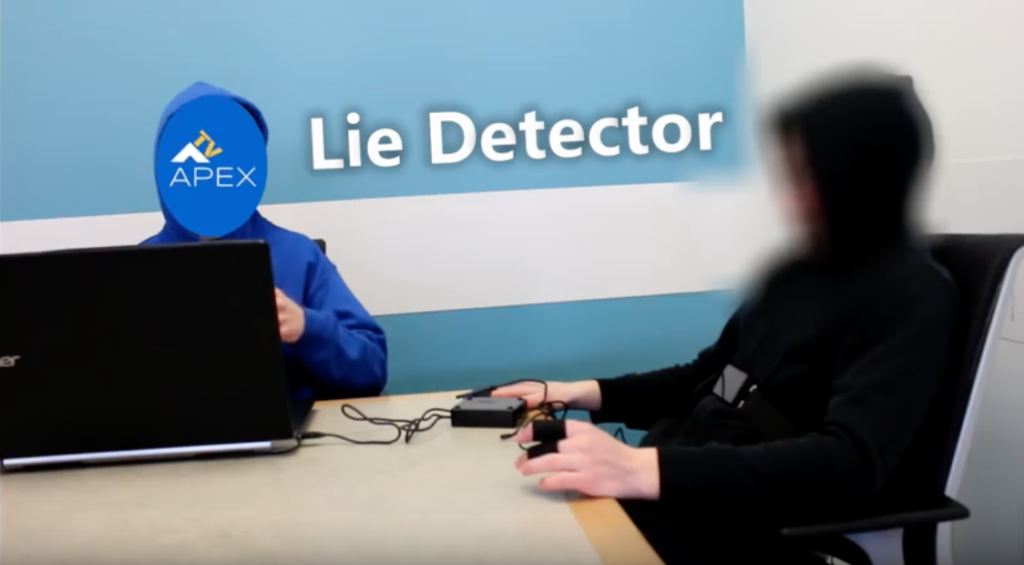 Man That Claims To Be From the Year 6491 Takes LIE DETECTOR Test?

[ad_1] ApexTV Claims to have performed a lie detector test on James Oliver. James alleges that he is from the year 6491 and is stuck...