Tonia, a 28-year-old student in L.A., is running me through her thoughts on having sex with aliens. “Obviously, the first factor is whether the alien is hot, but that’s subjective,” she begins. “What I think about most is pregnancy: Can the alien get me pregnant? Would my birth control work? I feel like there’s a lot of potential for problems.” The idea still intrigues her, though, because the potential for sexual ecstasy is limitless. “There’s the possibility of experiencing pleasure that Earth didn’t prepare you for,” she explains. “So, ultimately I’d f*ck the alien just for the experience, unless it was really ugly or scary.”

Sex with aliens has been a pop-cultural fascination for years. In fact, it’s become a popular enough film trope to warrant its own IMDb category (the sexual subtext of Ridley Scott’s Alien has been dissected to death, just to take the most iconic example); mainstream rappers like A$AP Rocky and Danny Brown have played smash or pass with pictures of extraterrestrial beings; and websites ranging from Jezebel to Barstool Sports have posed the “Would you?” question. Meanwhile, painter David Huggins infamously claims to have lost his virginity to an alien at 17 — a story magazines are endlessly, pruriently interested in — and it’s a varied, colorful and well-established porn category.

Mads, a 27-year-old writer in Atlanta who also uses non-binary pronouns, concurs. “There’re lots of different ways that an alien could be — mean, gentle, curious — and many of them are potentially sexy,” they say. “The Venom movie from last year was a great moment for alien loving. The alien was kind of slimy and tentacle-y, which is viscerally sexy for me.” Mads also notes that there’s a sequence in which the alien spreads out over the entire body of Tom Hardy’s character and envelops him, acting as a living suit: “The idea of a goo monster completely covering a person’s body and touching him all over has a lot of erotic potential.”

“Future tech is basically carte blanche for whatever fetish people are into,” she continues. “Aliens imply a fantastic element, a realm of weirder technology, different genders — like, maybe the aliens only have sex via oviposition, and someone is into that specifically. Everything’s up for grabs.”

There’s also the cultural influence of Japanese pornography, which Sofia tells me is “pretty heavy on aliens.” It’s a practical consideration as much as anything else, since she explains that Japanese porn requires heavy censorship, and portraying “alien” bodies is a way of avoiding censorship laws. A 2002 interview with manga artist Toshio Maeda confirms this point. “At that time, it was illegal to create a sensual scene in bed,” he explains of his pre-1986 tentacle erotica. “I thought I should do something to avoid drawing such a normal sensual scene. So I just created a creature. I could say, as an excuse, this is not a [penis], this is just a part of the creature. You know, the creatures, they don’t have a gender. A creature is a creature. So it is not obscene, not illegal.” 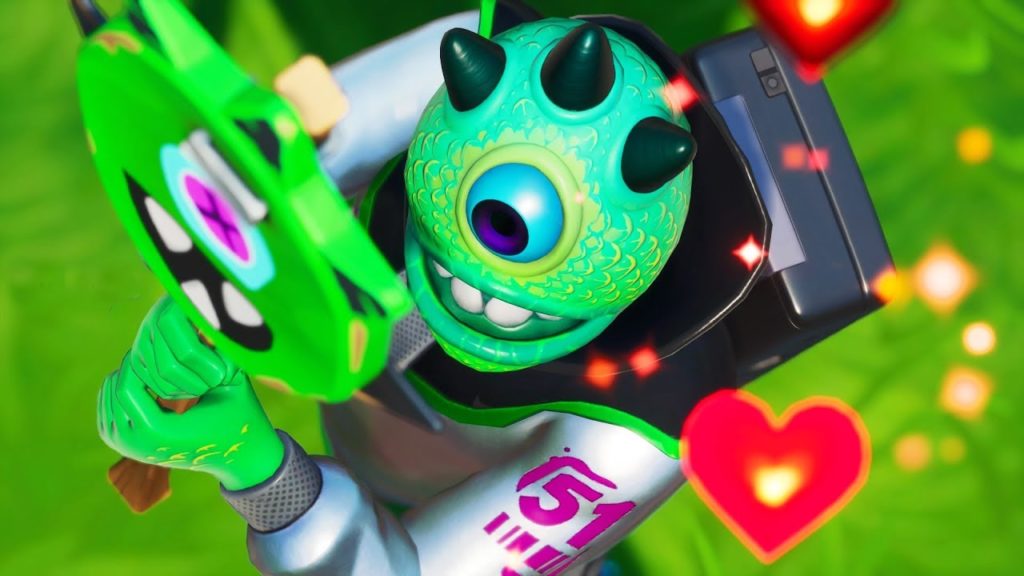 On one level, then, the horniness for aliens is primal and physical: Aliens might have tentacles, slime, novel orifices, strong, strange bodies — a smorgasbord of fantastical features. But many of the people I speak to are attracted to aliens on a tender, emotional level, too. “Aliens have a different psychology and perspective than what is the human norm, and the process of exploring that and coming to a place of shared experience is an intriguing and attractive concept to me,” Bex tells me. “This might be partly because I’m neurodivergent myself, and I feel like my perspectives are also a bit off from the human norm.”

For others like Tonia, aliens represent the hope of higher intelligence, enlightenment and escape from Earth and its troubles, especially as humans descend into chaos, fascism and self-interested inaction in the face of a potential climate apocalypse.

“I’d hope if aliens f*ck me, they’d also give me a ride off the planet,” Tonia tells me. “I definitely think about [sex with aliens] more since that study came out saying we have less than 20 years to turn [climate change] around.”

As for Mads, aliens appeal in part because they might be surprisingly considerate lovers. “A big part of the appeal of any xenophilia for me is the fantasy of having sex without a presumption that we all already know how to have sex with each other,” they explain. “Learning about someone’s anatomy and how they might like to be pleasured, and teaching those things in return, is a nice fantasy.

In this article:aliens fantasies, sex with aliens