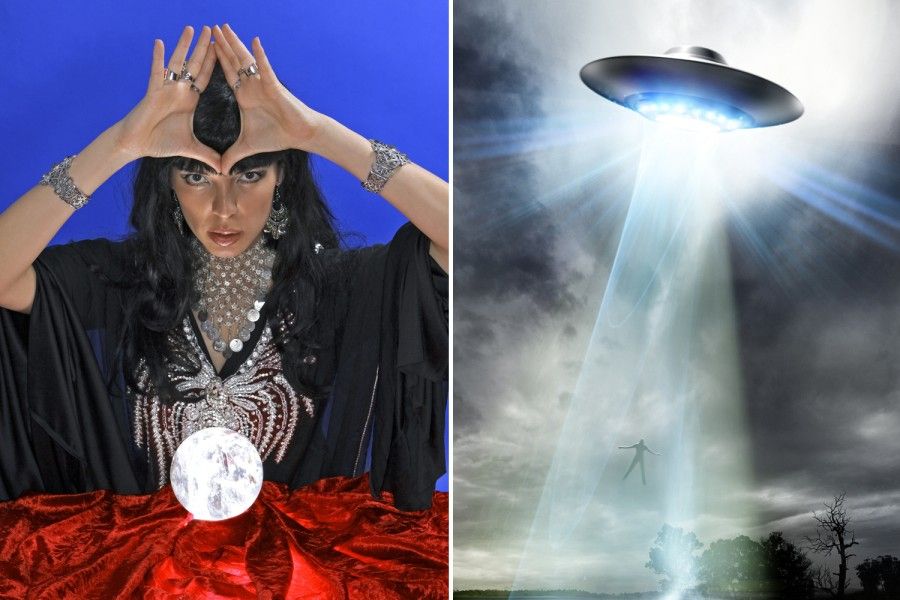 I am a historian of alternative religions – I document, and deeply care about, outsider spiritual views, particularly with regard to the esoteric, supernatural, and occult.

I’ve managed to write about these things seriously in mainstream news outlets, from The New York Times to The Washington Post, and discuss them on CBS Sunday Morning, Dateline NBC, and NPR’s All Things Considered. But it is a struggle. I find that the bar is raised much higher for writing about outside-the-fold topics than it is for things that editors and producers already believe (e.g., “Positive thinking is for dupes and dumbbells.”)

Here are some of the reasons it’s tough to find a mainstream mic for these issues – and some different ways to think about how we communicate:

1) Disavowal is the price of admission to the mainstream culture.

I love journalist Jon Ronson. But he plays this game all too well. He studies a fringe topic – like ESP in the military – depicting it as hooey. But then he says ingenuously in an interview: “The psychic spies do have some successes that you can’t explain. There are stories of ‘remote viewers’ divining map coordinates or sketching something that does, in fact, lead to something. Maybe.” That, to me, is where to start digging. But Ronson quickly slams shut the door. Critic Janet Maslin in the New York Times admiringly quotes himcalling his foray into ESP “frivolous.”

I have no particular solution to this, as I refuse to disavow my sympathies – any more than historians such as Robert Peel, Gershom Sholem, or Richard Lyman Bushman should be expected to, respectively, disavow their dedication to Christian Science, mystical Judaism, or Mormonism.

This is a source of constant frustration – and it’s why I do fewer cable documentaries than I used to. Producers want you to juice up stuff. If you don’t comply, they may do it for you. For example, a certain show on the Travel Channel wanted me to do a piece based on my tours of occult imagery in New York’s Grand Central Terminal. I made it clear that I didn’t deal with conspiracy theories, fantasies about the Illuminati, or any such stuff, and wouldn’t discuss these things other than to voice my disavowal. You can witness the (sneaky) result right here. (But y’all come back now – it gets better).

For my real views on Grand Central, check out this mini-doc from The Midnight Archive:

On a happier note, I also participated in a Discovery channel documentary called Secrets of Secret Societies (see below), which was more ardently factual than I had hoped for, not that I stand by the testimony of every talking head in it. I told the truth – and they used it: “Conspiracy theorists have a passion for making connections.

It explains everything. It simplifies everything. If an individual looks out his window and sees a world wracked with tragedy, accident, unexpected events, all he has to do is take a leaf from a conspiracy theory and suddenly everything that had seemed complex before seems simple. And his fear and his anger now have a target.”

3) The greatest barrier to seriously discussing the occult and the offbeat in public is the inability of critics and gatekeepers to understand that seriousness depends not on topic but on terms of engagement.

This is a persistent problem in our intellectual culture. Many academics and journalists simply cannot wrap their minds about around the principle that you can study an arcane topic without propagating it. For example, a friend of mine who is a professor of French history at New York University recently wrote a biography of Nostradamus. He wanted to consider all aspects of the 16th-century prognosticator’s life, including his work as a professional astrologer. He discovered that Nostradamus had a poor grasp of the generally agreed upon tenets of astrology in his time. “He was actually a bad astrologer,” my friend told colleague. “Is there such thing as a good one?” the colleague replied. Can you see the obtuseness of that remark? My friend’s study had nothing to do with the value of astrology but with evaluating Nostradamus as a practitioner. Is there an emoji for “duh”?

In a recent debate about the legacy of 19th century occultist Madame H.P. Blavatsky (which has been going on now for about, oh, 140 years), my friend Richard Smoley, a historian and philosopher of mystical traditions, remarked: “There is a great deal of value in HPB’s work and a great deal of nonsense. I see absolutely no reason to be forced to either take it or leave it all.” This false choice to “take it or leave it” is perhaps the most limiting factor in how people view the world. It makes it difficult to discuss esoteric topics, and it wreaks hell on our political dialogue. For example, look at the video below. In a typical comment someone posted on YouTube (and I recount this almost humorously): “He doesn’t even believe what he’s saying – lying through his teeth…watch his eyes.” Watch my eyes indeed.

4) Finally, when reasonable people don’t get in the mix the space gets filled by wingnuts.

A lot of sloppy, anti-intellectual people are drawn to occult topics. They find them spooky, paranoia-inducing, and fun. But these toe-dippers often promulgate conspiracist dreck – I’m talking to you Alex Jones – that impoverishes our entire culture.

That is, finally, is why I keep at it. As the social activist and writer Michael Harrington once said in a different context: “We call ourselves socialists because it’s the truth. And all we have is the truth.”

MITCH HOROWITZ was raised in a world of Bigfoot stories, UFO sightings, and Carlos Castaneda books. He grew determined to find the truth behind it all – and today Mitch is a PEN Award-winning historian and the author of Occult America and One Simple Idea: How Positive Thinking Reshaped Modern Life. Mitch has written on everything from the war on witches to the secret life of Ronald Reagan for The New York Times, The Wall Street Journal, Salon, and Time.com. The Washington Post says Mitch “treats esoteric ideas and movements with an even-handed intellectual studiousness that is too often lost in today’s raised-voice discussions.” He is the voice of audio books including Alcoholics Anonymous, and hosts the web series ORIGINS: SUPERSTITIONS. Mitch is vice president and executive editor at TarcherPerigee, a division of Penguin Random House, where he publishes authors, living and dead, including David Lynch and Manly P. Hall. Visit him at www.MitchHorowitz.com and @MitchHorowitz.

In this article:media channels, mystical traditions