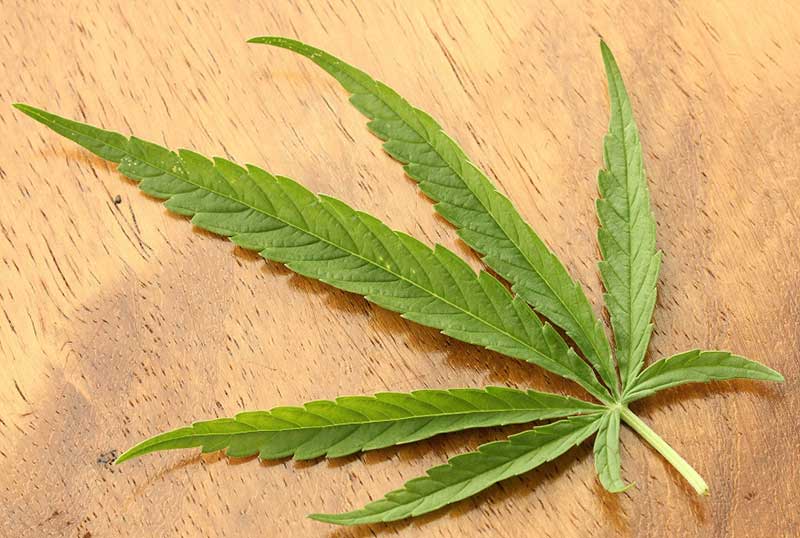 The future of medicine rests on the the fundamental right we all have to use things that spring from the Earth naturally as healing agents. Why should cannabis, used for at least 10000 years by humankind to alleviate suffering, be excluded from this inexorable mandate?

The politics of cannabis are exceedingly complex, and yet the truth is simple: this freely growing plant heals the human body – not to mention provides food, fuel, clothing and shelter, if only we will let it perform its birthright. In a previous article, we investigated the strange fact that the human body is in many ways pre-designed, or as it were, pre-loaded with a receptiveness to cannabis’ active compounds — cannabinoids — thanks to its well documented endocannabinoid system.

But the medical-industrial complex in the U.S. does not want you to use these freely growing compounds. They threaten its very business model and existence. Which is why it synergizes so naturally with the burgeoning privatized prison sector, which now has the dubious title of having thehighest incarceration rate in the world. The statistics don’t lie:

“far surpassing any other nation. For every 100,000 Americans, 743 citizens sit behind bars. Presently, the prison population in America consists of more than six million people, a number exceeding the amount of prisoners held in the gulags of the former Soviet Union at any point in its history.”

According to a recent Al-Jeezera editorial, “One explanation for the boom in the prison population is the mandatory sentencing imposed for drug offences and the “tough on crime” attitude that has prevailed since the 1980s.”

Cannabis/marijuana is presently on the DEA’s Schedule 1 list.  Since 1972, cannabis has been listed on the Schedule I of the Controlled Substances Act, the most tightly restricted category reserved for drugs which have “no currently accepted medical use”. Opioids, stimulants, psychedelics and a few antidepressants now populate this list of substances that can put you in jail for possessing without a prescription.

The notion that marijuana has no ‘medicinal benefits’ is preposterous, actually. Since time immemorial it has been used as a panacea (‘cure-all’). In fact, as far back as 2727 B.C., cannabis was recorded in the Chinese pharmacopoeia as an effective medicine, and evidence for its use as a food, textile and presumably as a healing agent stretch back even further, to 12 BC.[1]

When it comes to cannabis’ medical applications, cannabis’ ‘healing properties’ is a loaded term. In fact, it is extremely dangerous, as far as the medical industrial complex goes, who has the FDA/FTC to enforce it’s mandate: anything that prevents, diagnoses, treats or cures a disease must be an FDA approved drug by law, i.e. pharmaceutical agents which often have 75 or more adverse effects for each marketed and approved “therapeutic” effect.

Indeed, the dominant, drug-based medical system does not even acknowledge the body’s healing abilities, opting for a view that looks at most bodily suffering as fatalistic, primarily genetically based, and resulting from dysfunction in the mechanical design of a highly entropic ‘bag of enzymes and proteins’ destined to suffer along the trajectory of time.

And so, an at least two trillion dollar a year industry stands between you and access to the disease alleviating properties of this humble plant.

As Emerson said, “a weed is an herb whose virtues have yet to be discovered,” and yet, by this definition, cannabis is not a weed, but given that is has been extensively researched and used for thousands of years for a wide range of health conditions, it should be considered and respected as a medicinal herb and food. Sadly, the fact that the whole herb is non-patentable is the main reason why it is still struggling to gain approval from the powers that be.

Let’s look at the actual, vetted, published and peer-reviewed research – bullet proof, if we are to subscribe to the ‘evidence-based’ model of medicine – which includes over 100 proven therapeutic actions of this amazing plant, featuring the following:

Moreover, this plant’s therapeutic properties have been subdivided into the following 40+ pharmacological actions:

Thanks to modern scientific investigation, it is no longer considered strictly ‘theoretical’ that cannabis has a role to play in medicine. There is a growing movement to wrench back control from the powers that be, whose primary objectives appear to be the subjection of the human body in order to control the population (political motives) — what 20th century French philosopher Michel Foucault termedbiopower, and not to awaken true healing powers intrinsic within the body of all self-possessed members of society. Even the instinct towards recreational use – think of the etymology: to re-create – should be allowed, as long as those who choose to use cannabis instead of tobacco and alcohol (and prescription drugs) do not cause harm to themselves or others. How many deaths are attributed to cannnabis each year versus these other societally approved recreational agents, not to mention prescription drugs, which are the 3rd leading cause of death in the developed world?

Ultimately, the politics surrounding cannabis access and the truth about its medicinal properties are so heavily a politicized issue that it is doubtful the science itself will prevail against the distorted lens of media characterizations of it as a ‘dangerous drug,’ and certainly not the iron-clad impasse represented by federal laws against its possession and use. All we can do is to advocate for the fundamental rights we all possess as free men and women, and our inborn right towards self-possession, i.e as long as what we do does not interfere with the choices and rights of others, we should be free to use an herb/food/textile that sprouts freely and grows freely from this earth, as God/Nature as freely made available.

I think people need to be educated to the fact that marijuana is not a drug. Marijuana is an herb and a flower. God put it here. If He put it here and He wants it to grow, what gives the government the right to say that God is wrong?

“Why is marijuana against the law? It grows naturally upon our planet. Doesn’t the idea of making nature against the law seem to you a bit . . . unnatural?” – Bill Hicks

Sayer Ji is the founder of GreenMedInfo.com, an author, educator, Steering Committee Member of the Global GMO Free Coalition (GGFC), and an advisory board member of the National Health Federation.

He founded Greenmedinfo.com in 2008 in order to provide the world an open access, evidence-based resource supporting natural and integrative modalities. It is widely recognized as the most widely referenced health resource of its kind.