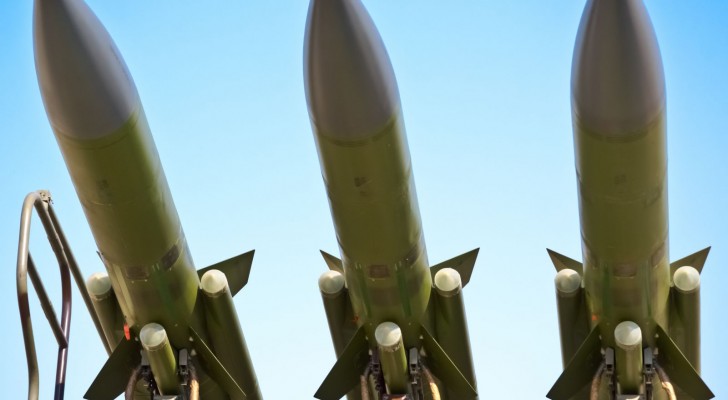 Humanity’s interest in the topic of Unidentified Flying Objects (UFOs) continues to increase. The subject has received some well deserved attention as of late, and continues to pick up momentum in a time where the truth about UFOs and possible extraterrestrials (already visiting our planet) is hitting the mainstream world.

This “truth” includes the fact that dozens of foreign governments have released thousands of pages of UFO related documents –here is an example of the latest batch released from the United Kingdom’s Ministry of Defense in June 2013. Other country’s governments who have done the same include Mexico, France, Argentina, Russia and Belgium, just to name a few. The fact that governments have released and documented information that detail UFO encounters with the military, as well as supposed extraterrestrial encounters with people, tells us that they’ve had and do have a high level of interest when it comes to the topic of UFOs and extraterrestrials. Had this information remained classified, nobody would officially be able to say that governments  have allocated resources to investigate this phenomenon, and it would have remained in the “conspiracy” realm. At the same time, it’s important to remember that this issue goes far beyond and well above government control.

“It is ironic that the U.S. should be fighting monstrously expensive wars allegedly to bring democracy to those countries, when it itself can no longer claim to be called a democracy when trillions, and I mean thousands of billions of dollars have been spent on projects which both congress and the commander in chief know nothing about.” – Paul Hellyer, Former Canadian Defense Minister (source)

“Everything is in a process of investigation both in the United States and in Spain, as well as the rest of the world. The nations of the world are currently working together in the investigation of the UFO phenomenon. There is an international exchange of data.” – General Carlos Castro Cavero (1979). From “UFOs and the National Security State, Volume 2″, Written by Richard Dolan

“Behind the scenes, high ranking Air Force officers are soberly concerned about UFOs. But through official secrecy and ridicule, many citizens are led to believe the unknown flying objects are nonsense.” Former head of CIA, Roscoe Hillenkoetter, 1960 (source)

Just last year at the Citizens Hearing on Disclosure, a United States congresswoman voiced her opinion that the US government should disclose this existence, pointing to the fact that a number of foreign governments have already done so -you can read more about that story here.

Apart from government documents, the Freedom of Information Act (FOIA) has allowed researchers to petition and receive thousands of pages of UFO related documents from various agencies. Here is a defense intelligence agency document outlining an encounter that took place in Iran in 1976. It details a military encounter with a UFO. You can read more about what happens when the military encounters a UFO and tracks it on radar here, it’s quite common.

“There is a serious possibility that we are being visited and have been visited for many years by people from outer space, by other civilizations. Who they are, where they are from, and what they want should be the subject of rigorous scientific investigation and not be the subject of ‘rubishing’ by tabloid newspapers.” (source) – Lord Admiral Hill-Norton, Former Chief of Defence Staff, 5 Star Admiral of the Royal Navy, Chairman of the NATO Military Committee

The UFO issue is one that has a tremendous amount of evidence behind it. As of today, nobody can really tell you that UFOs aren’t real. Objects have been tracked on radar and visually confirmed, performing maneuvers that defy our understanding of physics and travelling at unattainable speeds.  For more detailed information (documents, statements from high ranking individuals) on the subject of UFOs, and why some of them (UFOs) might be extraterrestrial you can check out the article below and/or visit our exopolitics section of the website by clicking HERE.

Many people who are aware, or who are becoming aware of the UFO phenomenon are not aware of the fact that UFOs have been visiting and interacting with nuclear missile sites across the globe for decades. This is a well documented fact that dates back all the way to December of 1948.

“Significantly, the UFO activity occasionally transcends mere surveillance and involves direct and unambiguous interference with our strategic weapons systems. Numerous cases include reports of mysterious malfunctions of large numbers of nuclear missiles just as one or more UFOs hovered nearby.” (Declassified Soviet Ministry of Defense documents confirm that such incidents also occurred in the former USSR.)

The above quote is from UFO researcher Robert Hastings, who has been researching the UFO phenomenon and its relation to nuclear missile sites for a a long time. Here is a clip of Robert speaking at the National Press Club in 2010.

The Encounter At Minot Air Force Base

Minot Air Force base is located in North Dakota. In the 1960′s it was a major Strategic Air Command base, responsible for housing ICBMs (nuclear missiles). On August 25th, 1966 a team at the base was ordered to investigate a very high multi-colored light that was positioned well above the base. The team confirmed the object, as well as a second object, the object was also tracked on radar. It rose and descended several times, and eventually descended to ground level about 15 miles away from the base. According to the official report:

“When the team was about ten miles from the landing site, static disrupted radio contact with them. Five to eight mintues later, the glow diminished, and the UFO took off.” (1)

The Encounter At Malmstrom Air Force Base

The UFO incursion at Malmstrom Air Force Base in Montana is one of the most remarkable events in this history of UFO encounters with the military.  This occurred in March of 1967 at a base that was responsible for a large amount of nuclear weapons. Here’s what happened:

An excerpt taken from the book UFOs For The 21st Century Mind. Written By Richard Dolan.

“An airman with the Oscar Flight Launch Control Center (LCC) saw a star-like object zigzagging high above him. Soon, a larger and closer light also appeared and acted in a similar way. The airman called his non-commissioned officer, and the two men watched the lights streak through the sky, maneuvering in impossible ways. The NCO phoned his commander, Lieutenant Robert Salas, who was not impressed. He ordered the NCO to keep watching the display  and report back if the objects got any closer. Minutes later that is precisely what happened. Shouting into the phone, the NCO told Salas that a red, glowing UFO was hovering outside the front gate.

Salas woke his commander, Lieutenant Fred Meiwald. As he briefed Meiwald, an alarm went off in the small capsule, and both men saw a “No-Go” light turn on for one of the missiles. Within seconds, about ten of the missiles went down in succession. Twenty miles away, at the Echo Launch Control Center, the same scenario took place.

Strike teams were sent to the two launch facilities, where maintenance crews were at work and had been watching UFOs hover over each of their sites. The missiles were down for most of the day. Neither the Air Force invesigation, nor Boeing’s tests found any cause for the shutdown.”

Over the past few years, several Air Force personnel have come forward to confirm that something did happen, and in 2010 Salas was part of a press conference at the National Press Club in Washington, D.C., that included these personnel. You can watch that full conference below:

Here is another video of Professor Robert Jacobs describing UFOs shutting down and disabling nuclear weapons that have already been launched.

Above are two of several instances that have occurred throughout the years and have been officially documented.

Why Are UFOs Deactivating Our Nuclear Missiles?

In my opinion, atomic weapons are something Earth and those who reside upon it don’t need. Perhaps the deactivations are a message to us that we are playing with something we don’t need to play with? Many UFOs started appearing when we were testing atomic weapons. Is it  possible that some extraterrestrial beings might be concerned for the planet and the well being of the human race?  Perhaps they are telling us we are playing with fire? Something we don’t need or shouldn’t have?

At the same time, we don’t need beings from another world to come tell us that harboring nuclear weapons that are capable of destroying the planet aren’t needed.

Perhaps the damage caused by the detonation of nuclear weapons reaches and affects worlds beyond our own?

Perhaps this is advanced technology from another country? Spying on our weaponry. Perhaps (if extraterrestrials) they are showing their superiority?

Based on my research into the topic of UFOs and extraterrestrials, I personally believe this is being done by benevolent extraterrestrials, and that it is a clear message to stop playing around with nuclear weapons and to take care of our planet.

I’d like to leave you with a video I’ve used several times before. But the statement is powerful, and true. The evidence supporting this phenomenon is overwhelming, and it’s one of the (if not the) most important story in human history that branches into so many different topics, and has so many implications. Again, browse through our exopolitics section for more articles on this subject, we have many.

All sources not listed here are highlighted throughout the article.

Advertisement. Scroll to continue reading.
In this article:Citizens Hearing on Disclosure, Nuclear Missiles