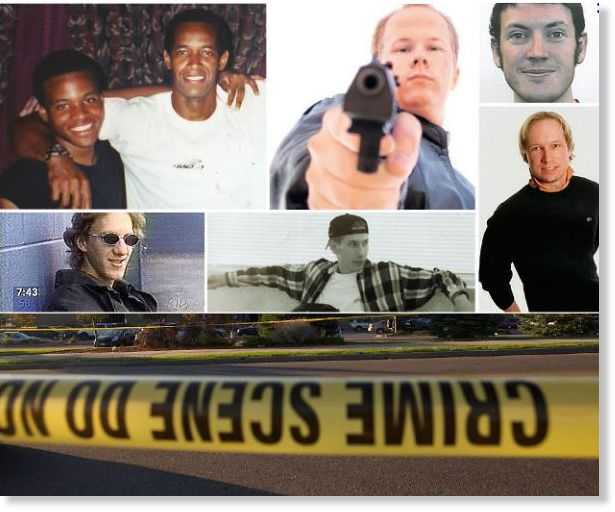 The news on Friday was horrific. A man shot and killed 27 people, including 20 children, at an elementary school in Newtown, Connecticut.
Yet these sorts of headlines are also becoming gut-wrenchingly familiar. Of the 12 deadliest shootings in U.S. history, six have taken place since 2007. (The Newton school shooting will likely rank second on that list.) Mass killings appear to be on the upswing – even as other types of homicides and violent crimes are becoming less frequent.
David Brooks highlighted this discrepancy back in July. For much of the 20th century there were, on average, a handful of mass killings per decade. But that number spiked in 1980, and kept rising thereafter. In the United States, there have now been at least 62 mass shootings in the past three decades, with 24 in the last seven years alone. This has happened even as the nation’s overall violent crime and homicide rates have been dropping.
So what explains the rise in mass killings?
One theory is that mass murders (usually defined as murders with four or more victims over a short time period) are somehow contagious. Back in 1999, four public health researchers published a famous study titled “Media and Mass Homicides” in the Archives of Suicide Research. They studied a series of mass homicides in Australia, New Zealand, and Britain in the 1980s and 1990s and found that different incidents appeared to be influenced by each other in a number of ways, often spanning many years and across continents.
The idea that one spree killing might inspire another has given rise to plenty of articles and papers about whether the press should be more conscientious in the way it reports on these events. Giving a murderer too much publicity might be a bad idea.
A great deal of research, however, suggests that behavioral scientists just don’t have a strong grasp on what drives mass killings and violent rampages, or why they’ve surged in recent decades. Here’s how a 2010 article in the Journal of Police and Criminal Psychology sums it up: Incidents of mass murder have gained considerable media attention, but are not well understood in behavioral sciences. Current definitions are weak, and may include politically or ideologically motivated phenomenon. Our current understanding of the phenomenon indicates these incidents are not peculiar to only western cultures, and appear to be increasing. And here’s a 2012 article from the American Journal of Public Health, coming to a similar conclusion: To understand and prevent rampage violence, we need to acknowledge that current discipline-based violence research is not well suited to this specific challenge. There are numerous important, unanswered research questions that can inform policies designed to prevent rampage violence. Mental illness is one likely factor – a survey by Mother Jones found that at least 38 of the 61 mass shooters in the past three decades “displayed signs of mental health problems prior to the killings.” Yet the studies above note that researchers still have a ways to go before they understand the exact connection between the two.
And what about the availability of guns as a factor? Researchers have found a connection between guns and homicide – more guns tend to lead to more murder. And guns will obviously make any mass attack far deadlier. Note that there was also an attack on 22 students in a Chinese elementary school on Friday. But there was a key difference: The man only had a knife, and there were zero fatalities.
Again, though, overall gun violence in the United States has been declining in recent years while mass shootings and killings appear to have become more commonplace. It’s not entirely clear why that is. And it’s an increasingly important question.