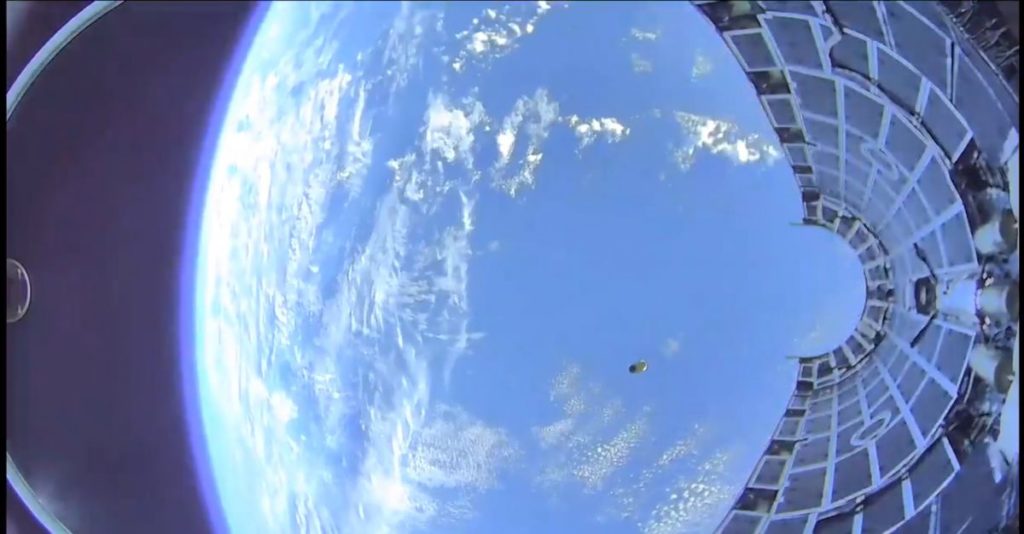 It’s a long way down as a rocket and its fairing part ways during a launch. An incredible video shows that journey for the nose cone SpaceX will reuse during its next Falcon 9 launch.

SpaceX is pushing its reusability even further, as the company plans to refly that rocket piece for the first time on its next mission, on Monday (Nov. 11). The California-based company will refly a payload fairing, which is used to protect a spacecraft during launch as the rocket is blasting through the atmosphere. “The fairing supporting this mission previously flew on Falcon Heavy’s Arabsat-6A mission,” SpaceX said in a tweet sharing footage of the fairing’s previous voyage.

The video shows the view from one-half of the fairing above Earth as the fairing separated from the Arabsat-6A communications satellite in April. As that spacecraft blasts away, the fairing camera shows the disk of Earth shining in the distance. The fairing gently rotates, flapping slightly and offering the camera a view of the sun, the blackness of space and Earth once more.

During the Arabsat-6A launch, both fairing halves safely splashed down in the ocean and were retrieved. They will fly again on SpaceX’s Starlink 1 mission, in which 60 Starlink satellites will fly to space from Space Launch Complex 40 at Cape Canaveral Air Force Station in Florida.

SpaceX has made rocket reusability its priority, working for years to safely land its Falcon 9 rocket booster consistently on a drone ship in the Atlantic Ocean. The company’s success rate has been increasing over the years, making it easier for the company to reuse these boosters.

SpaceX also uses boosters for its Falcon Heavy rocket, like the one this fairing last flew on. (SpaceX uses identical fairings on both rockets.) The Falcon Heavy is designed to have a reusable core and two reusable boosters. The core lands on the drone ship, while the boosters touch down near the launch site.

You can watch the Falcon 9 launch 60 Starlink satellites live on SpaceX’s YouTube channel or here at Space.com. The 11-minute launch window is currently scheduled to open on Nov. 11 at 9:51 a.m. EST (1451 GMT).

Advertisement. Scroll to continue reading.
In this article:Arabsat-6A launch, Falcon 9 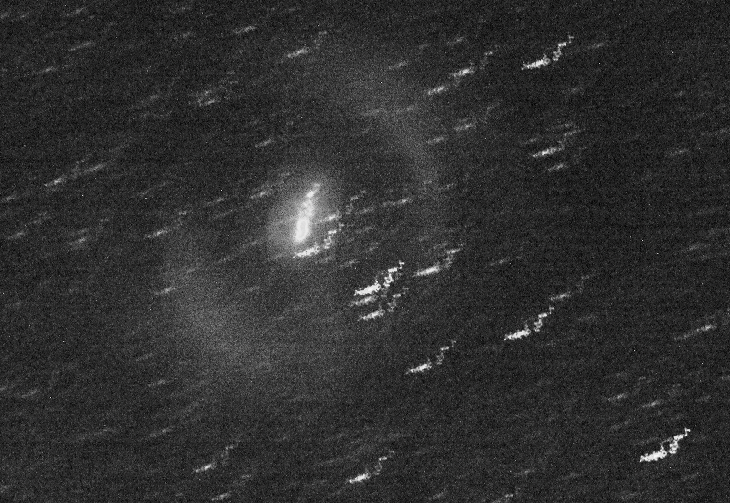 Did an alien mother ship exploded near Earth?

As reported today by spaceweather.com with reference to the publication of one of the astronomers, subscribers of the site, late on Thursday evening, November 5,...