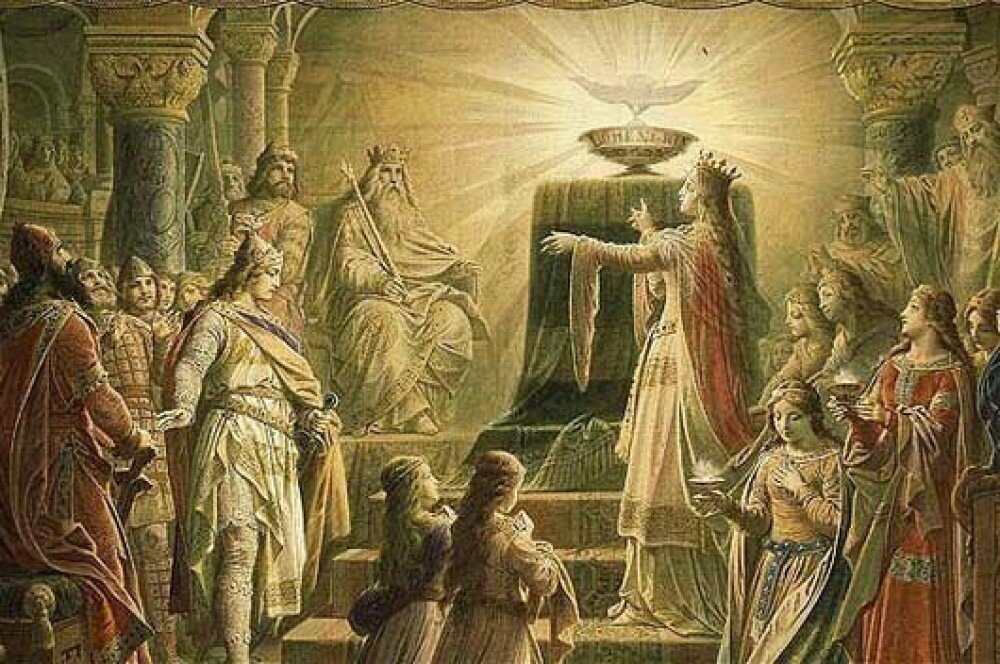 The “pure ones” saved an ancient artifact that gives power over the world. It was literally “removed” from the clutches of the inquisitors, and the punishment was martyrdom.

There are not so many places in the world that would attract such attention from esotericists and historians as the small castle of Montségur, located on a mountain steep in the south of France.

This castle was not built by a military leader, but rather a mystic: it was not very adapted to defense, and therefore fell under the onslaught of the Crusaders. The shape of the castle walls is a pentagram. The location of the loopholes, focused on astronomical observations, indicates that it was not built for war at all. On the territory of the future castle in Roman times there was a pagan sanctuary. In this sacred place, legends about the Holy Grail, about the secrets of medieval mystics and Nazis from the sinister Ahnenerbe organization are intertwined.

Occitania is an area in the south of France. More than 800 years ago, the local feudal lords were several times richer than the French kings, although they were formally subordinate to them. Occitania, washed by the Atlantic and the Mediterranean Sea, has the richest port of Marseille. Thus, the locals traded with both the British and the Italic principalities. By land, a trade route was opened to the mysterious East through Spain, captured by the Moors. Local feudal lords and merchants rapidly became richer. Of course, in Europe there were enough people who wanted to take these riches into their hands.

And the reason was found, the Occitans were declared heretics. This is partly true, the locals were Catholics, but the knights, returning from the Crusades from the East, brought here a dangerous “infection”.

It is difficult to establish the exact origins of the “special” religion that existed in these places. Usually they are sought in the creed of the Bulgarian sect of bogomils controlled by Constantinople, who, in turn, “grabbed” ideas from the Manichaeans of Syria and Asia Minor, who created a complex fusion of Christianity and Eastern mysticism. The Crusaders brought their views from the East and, together with various occult practices, and ancient Hellenic philosophy. As a result, communities of people were formed in the south of France, who began to be called Cathars, which in Greek means “pure”, or Albigensians – after the name of the city of Albi, one of the centers of Catharism. They called themselves simply: good people.

On the roads of southern France, people in robes like the sorcerer Merlin, kneaded dust with bare feet: the caps of stargazers, cassocks belted with simple ropes. They were the creeds of the Cathars, the Pure ones. They took a vow of poverty, giving away all property to people, completely abandoned meat food and carnal pleasures, refused to take up arms.

The pure ones taught that the good and evil principles in the world are waging an irreconcilable struggle, but, according to them, it turned out that it was not yet known who would eventually win. Of course, the human soul is directed to the good beginning, but his body and all carnal desires are controlled by the devil. They considered the entire material world to belong to him and therefore to be unclean. Only in the spiritual world, in heaven, according to the Pure ones, is the real place of man. They urged not to pay tithes to Rome and did not recognize all Catholic sacraments.

The propagators of Cathar ideas in the aristocratic environment were troubadours (from the language spoken in Occitania, this translates as “seeing paths”). Their courtly poetry extolled the ideals of “pure love”, which bear the obvious imprint of the teachings of the Pure, and in the image of the glorified Virgin Mary there was a worship of the feminine, not alien to the Cathars, whose women were often community leaders.

The Albigensian doctrine was massively accepted by both commoners and knights, and the rulers of the region, if not doing it openly, then in every possible way patronized the Pure. In this, the counts of Toulouse, who owned Occitania, saw the guarantee of the independence of their power from Rome and the French king. Of course, the pope and the king eventually understood that his should be urgently end!

Raymond VI, Count of Toulouse, was excommunicated from the Catholic Church and recognized as a Satanic heretic. For the first time, the Inquisition appeared on the big stage of history, which was created to combat the Cathar heresy. Pope Innocent III declared the Albigensian Crusade, for the first time it was directed not against the infidels, but against fellow Christians. And the flowering, covered with vineyards, endless fields of wheat and orchards land was flooded with blood.

When knights asked how to distinguish heretics from honest Catholics, the papal legate said: “Kill everyone, God will know his own!” Although it is worth noting that from his point of view it was really necessary to kill indiscriminately, since the Cathars were all Occitans from young to old: it was a truly popular movement. Crusaders marched like an iron roller through the province, sowing death everywhere.

The last stronghold of the Cathars was the castle-observatory of Montsegur, behind the walls of which, about 200 Pure Ones took refuge – the entire spiritual elite of heretics. For almost a year, the army of the French king besieged this fortress. There were not enough defenders, and a few warriors begged the Pure to take up arms – but they preferred to die without giving up their views.

The spiritual leader of the Cathars, Bertrand de Anne Marty, knew that Montsegur was about to fall. In March 1244, in deep secrecy, he ordered four Pure ones to secretly leave the castle in order to carry out and hide the treasure of the Cathars. And here we come to the most interesting thing in the whole story. For they were not jewels in the usual sense – ascetic Cathars would not attach such importance to gold and diamonds. It was something more – a spiritual treasure, hidden from the world for the time being. It was the Holy Grail.

Four initiates descended on a rope from dizzying heights in the dark night, carrying perhaps the greatest artifact in the world. When they left along the narrow mountain roads, they stumbled upon the enemy’s passing. Then two of the holy people violated the ban on violence and stood in the way of the brutal soldiers. The suicide bombers resisted fiercely, but, of course, they died. However, the other two managed to escape along with the mysterious artifact. What it was, historians are still guessing. According to legend, the Grail is the cup into which Joseph of Arimathea collected the blood of the crucified Christ.

This artifact, allegedly, could cure any ailment and almost grant immortality, not to mention secret knowledge. Some believe that the Grail is some kind of texts, books: after all, they “drink knowledge” from them, like from a cup. But what was this knowledge and what power did it give? Obviously, a huge one, at least many believed in it and continued to search for the Grail from century to century.

Montsegur fell, and with it the Cathar faith. The inquisitors, led by Bertrand de Marty, burned them at the stake. The two surviving guardians of the treasure, according to some reports, handed it over to the master of the powerful knightly order of the Templars. The order, after such a priceless acquisition, became completely omnipotent; it had the monarchs of all Europe in its debt. This continued until 1313, where the French king Philip the Handsome put an end to this reign by arresting the entire Templar elite at once.

According to medieval tradition, the heads of the order were accused of terrible heresies and worship of the devil and burned, the smaller brethren fled to neighboring countries. But the treasures of the Templar Knights never fell into the hands of the king – and soon he died: they say that he was cursed by the master of the Templars, Jacques de Molay, burning in the flames of a fire. Some knights of the defeated order found refuge on the very edge of Europe, in Portugal. Soon, from a small kingdom, it briefly became the mistress of the seas, having conquered the New World. Did the secret Templar maps inherited from the Cathars help achieving this?

Some researchers directly connect the discovery of America with the secrets of the Templars and the Grail. They say that the Albigenses could get geographical knowledge from the East – from Egypt, where for thousands of years the secrets of the ancient navigators who reached Atlantis were kept. The search for the Grail continued into the 20th century. After the occupation of France by the Nazis, people with spider swastikas on their sleeves appeared on the ruins of Montsegur. These were members of the Thule occult society and the Ahnenerbe organization. Nazi mystics hoped to find some clues here that shed light on the fate of the artifact.

In 1944, there were bloody battles for the height of Monte Cassino, where the ruins of the Montsegur castle are located, which was held by the remnants of the 10th German army. During the assault on the height, the Allies saw the Germans raising a flag with a pagan symbol, a Celtic cross on one of the ancient towers. It was an ancient Germanic ritual of summoning spirits. But otherworldly forces did not help either, the Nazis were defeated. The Grail was not given to them either. This is not surprising, since, they say, the Grail is opened only by a pure heart.

In this article:Cathars, Holy Grail