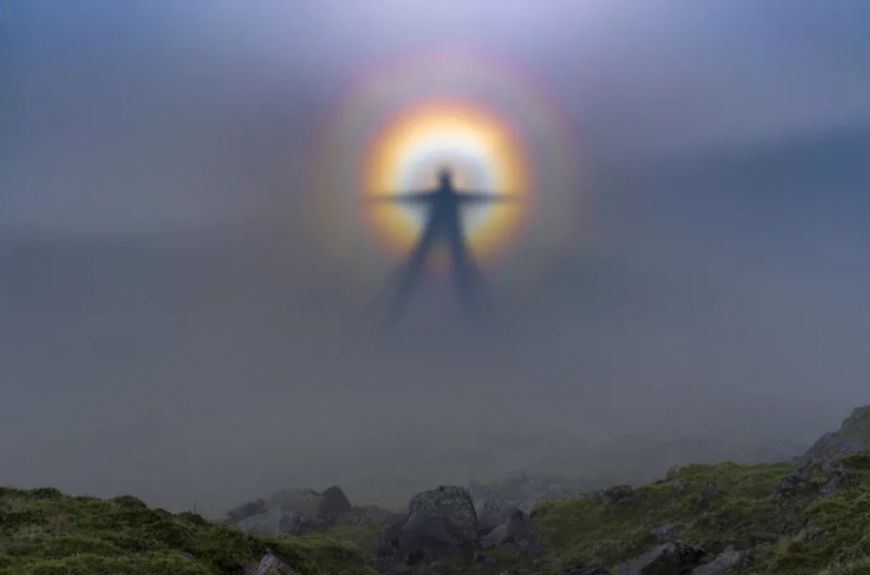 For hundreds of years, people have gazed at the misty peaks of the Santa Lucia Mountains in California, USA at sunset, and have seen tall, cloaked figures staring back at them. Then, in a matter of seconds, the eerie silhouettes disappear.

These twilight ghosts are known as the Dark Watchers – sometimes three meters tall, wearing sinister hats and capes. They mostly appear during the day, and according to a recent article on SFGate.com, visitors to California have seen them sitting sinisterly on mountain tops for over 300 years.

One of the famous observers who sensed their presence was writer John Steinbeck. In his 1938 short story “Flight,” the character sees a black figure looking down at him from the nearest summit of the ridge, “but he quickly looked away because it was one of the dark watchers.”

“No one knew who the watchers were or where they lived, but it was better to ignore them and never show any interest in them,” Steinbeck wrote.

It was a family obsession – years later, Steinbeck’s son, Thomas, co-authored a book on Watchers with artist Benjamin Broad.

According to one theory, the watchers are just the fruit of the thoughts of people looking for patterns. In other words, this is a classic case of pareidolia: a psychological phenomenon in which the observer’s brain finds patterns or meaning in a vague or random image.

Scientists have offered many explanations for “the watchers” – from pareidolia to hallucinations caused by exhaustion. But the most convincing version is the Brocken spectres.

This natural phenomenon got its name from the Brocken Peak in the Harz Mountains in Germany, where they were first described by the German scientist Johann Silberschlag.

This phenomenon is the reason why some people see the faces of dolls on the moon or the face of Jesus on burnt toast. In this case, the usual shadows on the tops of the Santa Lucia hills can be interpreted by the viewer’s brain as tall, disguised figures (The watchers tend to appear in the late afternoon when long shadows adorn the hills).

This pattern-seeking effect can be enhanced by the presence of fog or low-flying clouds, the researchers said. The shadows cast on the clouds are the cause of another notorious illusion known as Brocken’s spectre.