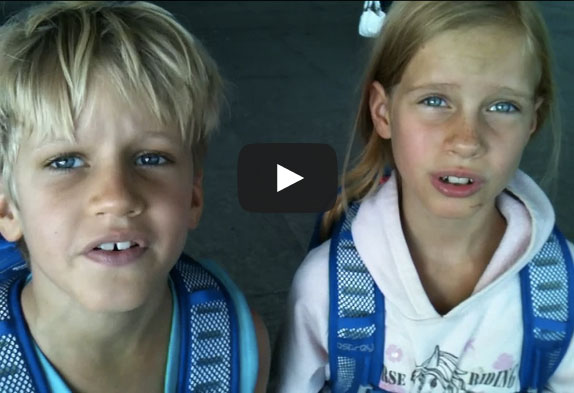 One of the biggest scandals in the United Kingdom’s history is getting ready to explode right now. Videos of two children sharing their experiences of ongoing sexual abuse and the ritual killing of babies by a sophisticated group of pedophiles are going viral all over the world. The reported abusers include the children’s father, their school teachers, the UK’s social services, members of the police, and many more. All members of this group are still at large and a massive media cover-up is under way.

The reality of organized satanism and pedophile rings has been exposed for decades by survivors and whistleblowers, such as by former FBI Chief Ted Gunderson. A particular case of this horrific abuse has recently been exposed by 2 victims themselves, 8-year old Gabriel and 9-year old Alisa.

“My dad lies to my mum. He doesn’t only see us on Saturdays. He sees us every single day in school where they do sex to us.”

That is what Alisa said about her British father after revealing how both herself and her brother Gabriel were being sexually abused from an early age. Their Russian mother had a history of domestic violence with him that included 5 police call-outs and 3 filed reports. But she never expected both children to identify him as the leader of a satanic child abuse cult, in which they were being regularly abused and forced to partake in ritual sacrifices in their school and church.

The mother had long noticed signs of unhappiness, suppressed anger and stress in her children but never suspected the underlying cause. It is only in August 2014 that both children told the truth to their mother and her partner, after they both noticed disturbingly sexual and aggressive behavior in the children.

The mother reported the crimes to Barnet Police on the 5th of September 2014 and medical examinations of both children confirmed sexual abuse and violence. A week after the crime had been reported, the children were taken into “protective” custody and 6 days later, for some unknown reasons, retracted their allegations.

Despite the physical evidence of abuse, the police closed the case as “no crime confirmed.” Authorities will not release the children to their mother or grandparents, yet they increased the amount of visits allowed by the father – despite the children claiming that the father repeatedly threatened to kill them if they ever spoke out.

Authorities Covering Up The Facts?

According to the children, the police and child services are in on it, which explains why, in their own words, “The police are not helping.”

Apparently, the explanation provided by authorities was that the children made their story up from the film “The Mask of Zorro.” This film has allegedly been used in another case to disprove children’s accusations of abuse. Private meetings between local authorities and the presiding judge are already taking place behind the mother’s back, suggesting a possible ulterior agenda is under way. A 12-day fact finding hearing is scheduled to start on February 16th at the Royal Courts of Justice in London – in the secrecy of family courts – without the general public or any media.

The mother has since released scores of names, addresses, phone numbers and concrete details of those supposedly involved. Click HERE for an in-depth summary of what has been discovered so far.

Are The Children Telling The Truth?

There is a lot of debate about whether or not this whole story is a fabrication. However, hearing the children describe their experiences on video convinced us of the validity of their claims.

The precise depiction of their experiences, the way they never hesitated when asked about further details, how they took initiative in providing information and personal thoughts without constantly needing questions to initiate responses, and the way they would unexpectedly bring up additional details and take charge of the conversation – proves to us that they were actively referring to their own memories. Not to mention their explicitly detailed knowledge of the existence of such perverted acts at a very young age…

Some say that if it was true, the children would sound more traumatized. However, they said themselves that they have grown used to it. We have also listened to other interviews of satanic child abuse victims stating that as children, they believed it was “normal” and happened in “every family” because it is all they ever knew. That being said, it is possible to become desensitized to violence and abuse.

Seeing the interview compilation below had us convinced of the authenticity of this story.

Words From The Mother & A Friend

“I believe that most of the information my children have revealed is true. There is no way a child could create a story like that, with so many intricate details… It is out of the question that Mr Christie or me would coach the children to say things like that. Neither of us would ever put the children through this for whatever reason, and create such unbelievable situation for ourselves. Even supposedly we coached them to say this, the children of that age could not possibly repeat the same story all over again to the different adults in different circumstances without hesitation or changing the details. Although we know that they have retracted their statements, the children still, even now keep coming back to the same story and the details, while in the foster care to the degree that it became unbearable for their caretaker Carol to look after them. She no longer wants to do this.”

Here is a comment found in a forum from a friend of hers:

The mother and her supporters are in danger of being held in contempt of court with these videos going viral and people spreading this information to press outlets.

They need our support as they begin the court proceedings on Monday February 16 with at least 3600 signatures on the following petition demanding the release of the children to their family again.

Will you take a moment and sign this petition to show the courts that the world is standing behind these children?

Satanic ritual abuse is a secret epidemic and one that reaches the highest levels of government and affluence. What will happen to these children and all the other children who are being abused in these schools and churches in the UK and around the world? The truth cannot be suppressed forever. We should not allow this case to be forgotten for the cover-up does not need to continue. Perhaps this is a great wake-up call for us to stop trusting and relying on “authority”, particularly when many influential “leaders” are involved in such depraved activities. Change will have to come from us – the people – uniting, getting informed and becoming self-reliant. If we want to change the world, we need to start by reclaiming and caring for our own communities, or else they will continue to do it for us, and not in a positive way.

[4] The Mum of Alisa and Gabriel Tells Her Story

[6] Why Ian Josephs advises mothers NOT to report the crimes of abusive fathers: you lose your children!

[8] The U.K. Political Pedophile Ring Scandal is Just The Tip of the Iceberg – The Full Story is Much More Disturbing

[9] The Prince and the Pedophile: Charles’ Connections to Pedophilia Networks