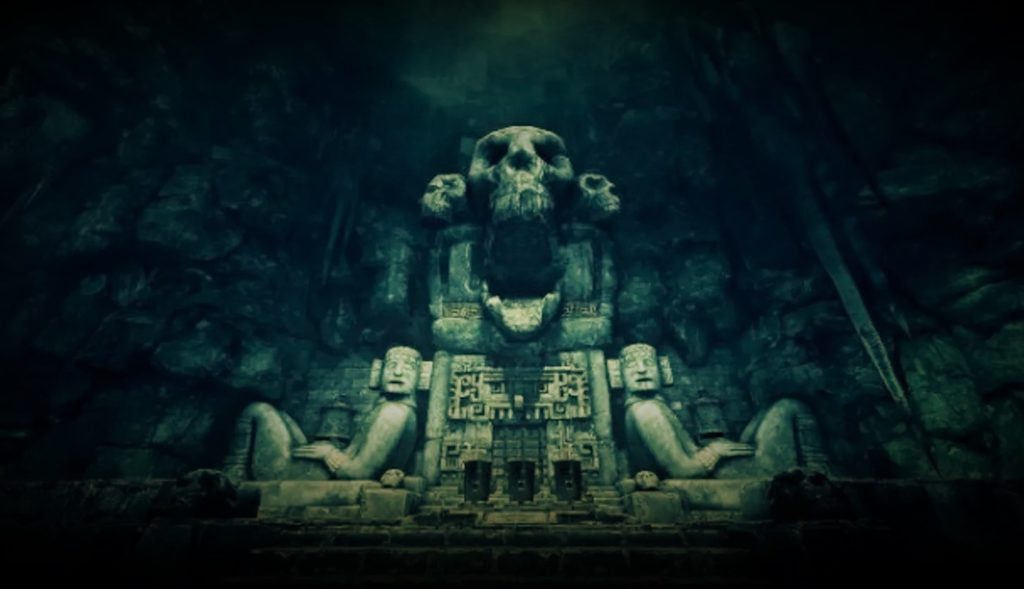 The Mayans believed in a kind of Underworld called Xibalbá where men traveled when they died.

A great majority of the most important cultures of the ancient world believed in a dark world, very similar to Christian hell, where humans traveled and met strange and frightening creatures that filled them with horror.

The Mayans, who settled in southeastern Mexico and a good part of Central America, were no exception: they called this hell the Xibalbá.

The Mayans believed that the entrance to this dark and infernal passage was made through the hundreds of cenotes that are scattered throughout the Mexican southeast and that lead to a labyrinthine network of colossal depths flooded in turquoise waters that today are natural heritage of Mexico.

These sites for the Mayans were evidently sacred, access to a place full of mysterious gods (known as the Lords of Xibalbá) and terrifying creatures. At present, the cenotes continue to display a mystical aura that makes them obligatory places to visit Mexico’s past and the wonders of nature that fascinated the ancient inhabitants of that area.

The Lords of Xibalbá were ordained in the Mayan underworld by hierarchies and councils that coexisted with a kind of civilization in the bowels of the earth.

Their appearance was almost always cadaverous, dark, and they represented the opposite pole to life: for this reason they functioned as the balance between the world of the living and that of the dead.

Hun-Camé (One-Death) and Vucum-Camé (Seven-Death) were the main gods of the Xibalbá, but the main figure was, without a doubt, Ah Puch, also called Kisin or Yum Kimil, the Lord of Death. The Maya worshiped them and made human sacrifices in their honor.

Before the creation of the world as we know it, according to the sacred book of the Mayans, the Popol Vuh, two brothers called Hunahpú and Ixbalanqué descended to the Underworld when they were challenged by the gods to play a ball game.

During the descent into that strange and dark world they had to overcome various tests such as walking on steep stairs, crossing rivers of blood and water, and passing through dark chambers with wild animals or thorns. The Popol Vuh describes in this way the different levels existing in the Xibalbá:

The Mayans believed that every man and woman who died traveled to the Xibalba, so in their funeral rites they gave water and food to the dead so that his soul would not lack provisions on his impending journey to the terrible Underworld.

This “hell” of the Mayan culture immerses us in that civilization enclosed in the jungles of Central America whose development of writing, astronomy or strong religious beliefs made it one of the most intriguing societies of the ancient world.

And something tells us that, even today, numerous mysteries continue to breathe between the tropics and under the foundations of all those eternal vestiges.

In this article:Mayan underworld, Popol Vuh