These “doors” are called false because they do not lead anywhere and cannot be passed through. True, this is true only for an ordinary, living person. Because, according to the ideas of the ancient Egyptians, the false door performed very important functions, and its presence in some rooms was absolutely necessary – otherwise, you would expect trouble. Only some could walk through such a door.

Who and where started making false doors

False doors are a typical architectural element of ancient Egyptian burial structures. It is believed that they were created back in Mesopotamia in the fourth millennium BC, then the tradition came – possibly brought by the builders – to Egypt.

Even before the construction of the first pyramids, the Egyptians built tombs called mastabas for their dead. Outside, they were truncated pyramids, and inside there were several rooms with underground burial chambers. In addition to the mummy, the embalmed body, one or more statues depicting the deceased were placed in them.

Of course, this concerned only the rich and noble deceased – to equip the burial rooms according to all the rules required serious investments. The first false doors began to appear in Egyptian tombs in the XXVII-XXVI centuries. BC, during the Third Dynasty of the Old Kingdom.

Death did not become an event that puts an end to human existence, the very process of arranging tombs was dictated by the need to organize the afterlife of the deceased. In particular, faith in Ka, one of several “souls” of the deceased, played an important role in all these preparations. For him, for Ka, offerings, food and drinks were left in the tomb.

Sometimes the false door looked like a rectangular image on a flat wall, but more often it was made in the form of a niche, reminiscent of a real doorway, only closed tightly. The purpose of this “passage” was to connect the world of the living with the world of the dead. Usually the false door was located on the western wall of the cell room in which the offerings were left.

The West was not chosen for such an organization of the interior by chance – this side of the world was generally associated by the Egyptians with the land of the dead, because it was in the west that they saw the sun leaving in the evening. The false door, like the walls of the cell, was made of limestone, after which it was usually painted red.

The cornices and lintels, as well as the “jambs” of the door, created the illusion of volume and depth, sometimes a statue was placed in a niche, which seemed to be moving through the passage. Sometimes the false door was made of wood, hung with a wicker cane mat – this was also used in real doorways in the homes of the Egyptians.

Around the “door” they left information about the deceased: hieroglyphs telling about his titles, life achievements; there were written down wishes to the one who was leaving for another world, sometimes curses appeared against those who caused harm to the deceased. In family tombs, several false doors were provided for each of the deceased. This was done, for example, at the burials of married couples. In front of the false door, a “table” was set up, a plate for offering, where it was required to bring gifts for Ka.

Appearing more than four and a half thousand years ago in Egypt, this architectural element has become a common component of ancient tombs – first mastabs, and then pyramids. The alternation of protrusions and recesses created a special effect, a play of light on the surfaces of the stone; in later structures, an ornament in the form of plants or images of the deceased appeared.

By the way, sometimes a separate room in the tomb, called a serdab, was provided for Ka’s “dwelling”, he moved into the statue of the deceased. Often this room did not have passages, it was closed inside the tomb, but holes were left for Ka’s eyes so that he could watch how the relatives of the deceased made offerings to him.

False doors in other cultures

This architectural tradition did not remain an exclusive feature of Egypt; it was borrowed by other ancient civilizations. False doors were found in the tombs of the island of Sardinia, the Ocieri culture left behind stone burial chambers carved into the rocks, and there, on the walls, one could see the same “passages” leading to nowhere. They, like the walls of the tomb, and indeed, like the deceased himself, were painted with ocher – the color of the Sun.

The Etruscans also practiced decorating burial rooms with false doors. The Etruscans approached the organization of the interior of these rooms in the same way as the design of a residential building.

There are different versions regarding the purpose of the Etruscan false doors: these elements could, as in Ancient Egypt, designate a portal to another world, or had a purely practical meaning: in the event of the expansion of the tomb in the future, the false door showed the builders a place where a passage could be made.

The tradition took root in Rome, and sometimes they receded from mythology, depicting false doors only for aesthetic purposes – not only in tombs, but also in villas. This technique made it possible to give symmetry to the room – false doors were created in a pair with real ones. In addition, such recessed niches visually increased the space.

It is not easy to understand the wanderings of the soul of an ancient Egyptian, if only because he had more than one such soul.

In this article:Egyptian tombs, Soul 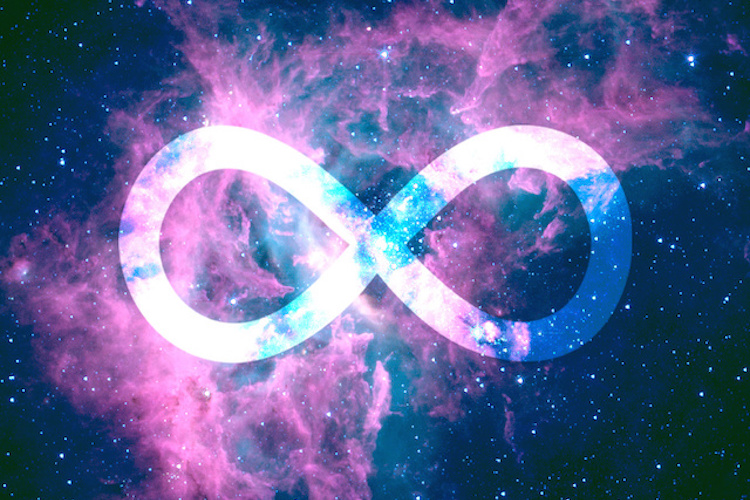 Source of the Soul

Iam Saums, Contributor Waking Times “Breathe.” Hollow Pursuits: Social reality is an illusion. It is a subjective projection of distraction designed to dismantle our...