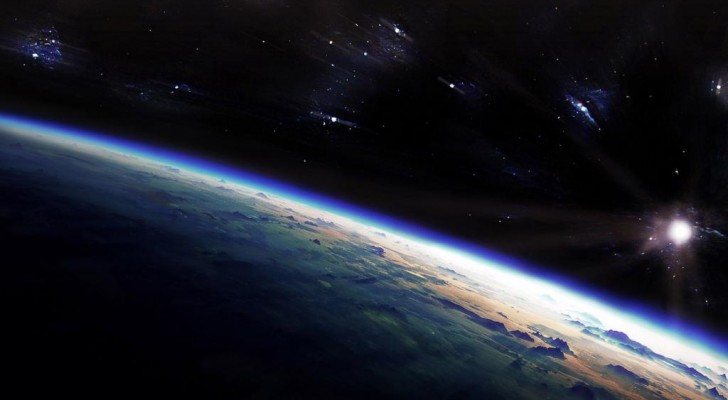 There is no doubt about it, as we move through 2015 and beyond the human race inches closer and closer to the realization that we are not alone in the universe, and never have been.  Major organizations have started preparing how to break the news to the world; whether it be microbial life or intelligent extraterrestrial life, the planning has begun.

NASA for example, recently gathered scientists, philosophers, and theologians from around the world to discuss how the announcement would be made, you can read more about that here.  Multiple congressional hearings have already taken place on the subject and many people who work in the “industry” are starting to voice their excitement. Mike Gold  is one of them, for example. He is the Director of Operations for Bigelow Aerospace – you can see what he had to say regarding the congressional hearings here.

In the United States alone, at least half of all Americans say that we’re not alone in the universe. Fifty percent of Americans already believe that there is some form of life on other planets, while only seventeen percent think that there isn’t. A quarter of Americans believe that intelligent extraterrestrial visitors have already come to Earth and have been doing so for a long time. (source)

Adding more fuel to the flame is the fact that we have hundreds of high ranking military and government personnel, academicians, and more testifying to the fact that we are not alone, and that governments have known for decades. Bottom line, the evidence is there.

To view some of these documents, statements, and evidence pointing to the idea that we are not alone, and that intelligent extraterrestrial life has been visiting us for a long time you can check out these three articles:

You can also visit the exopolitics section of our website by clicking HERE.

Whose Explanation About “Them” Will You Believe?

When it comes to information and “news” our world has suffered from a severe lack of truth. Much of what is dished out on mainstream media is far from any type of truth, and we’ve seen the control of information (in North America) consolidated by a handful of corporations. Mainstream media has shared many stories that are not true, and most of the time it’s responsible for shifting the perception of the masses regarding major global events –  9/11 is a great example.

There is much that is not presented on mainstream news.

Information in our world is heavily controlled and it is also manipulated and again, used to sway the opinion of the masses. That being said, there is very little you can learn about our world by “watching the news” or from picking up a newspaper. More people are starting to realize this, and to quench their thirst for finding out what is really happening on our planet many are starting to gravitate towards non-corporate, alternative media, or a mix of the two.

So, when it comes to the extraterrestrial phenomenon, when the truth is “officially disclosed,” who are you going to believe? Will you sit in front of your television for an explanation? Will you purchase some books to learn more about it? Will you read more articles on websites like Collective-Evolution?

This is a topic that opens up Pandora’s box, and brings questions into play that range from science, to engineering and philosophy, anthropology, ancient history and much more. Who they are, where they are from, what they want and what is going on will not come from your television screen. In today’s world, the only useful way to gain any sort of knowledge or know what is happening on our planet is through independent research utilizing multiple sources.

At the end of the day, after examining the information and feelings from any personal experiences (if you have had any) all you can do is gravitate towards what resonates with you.

If you would like to learn more about the extraterrestrial/UFO phenomenon. One of the best places to start (or the best place to start in our opinion) is with Richard Dolan. His latest book “UFO’s For The 21st Century Mind” is excellent. He is one of several excellent UFO researchers out there doing extremely important work in this field, and is considered one of (if not the) world’s best researchers on the topic of UFO’s.

With more and more attention and awareness being brought to this phenomenon, we highly recommend you turn away from the television or government for any type of explanation, and direct your attention to authors and researchers like Richard Dolan – either now, or when the truth does come out, if you don’t believe it already has. Source of this quote can be found here.