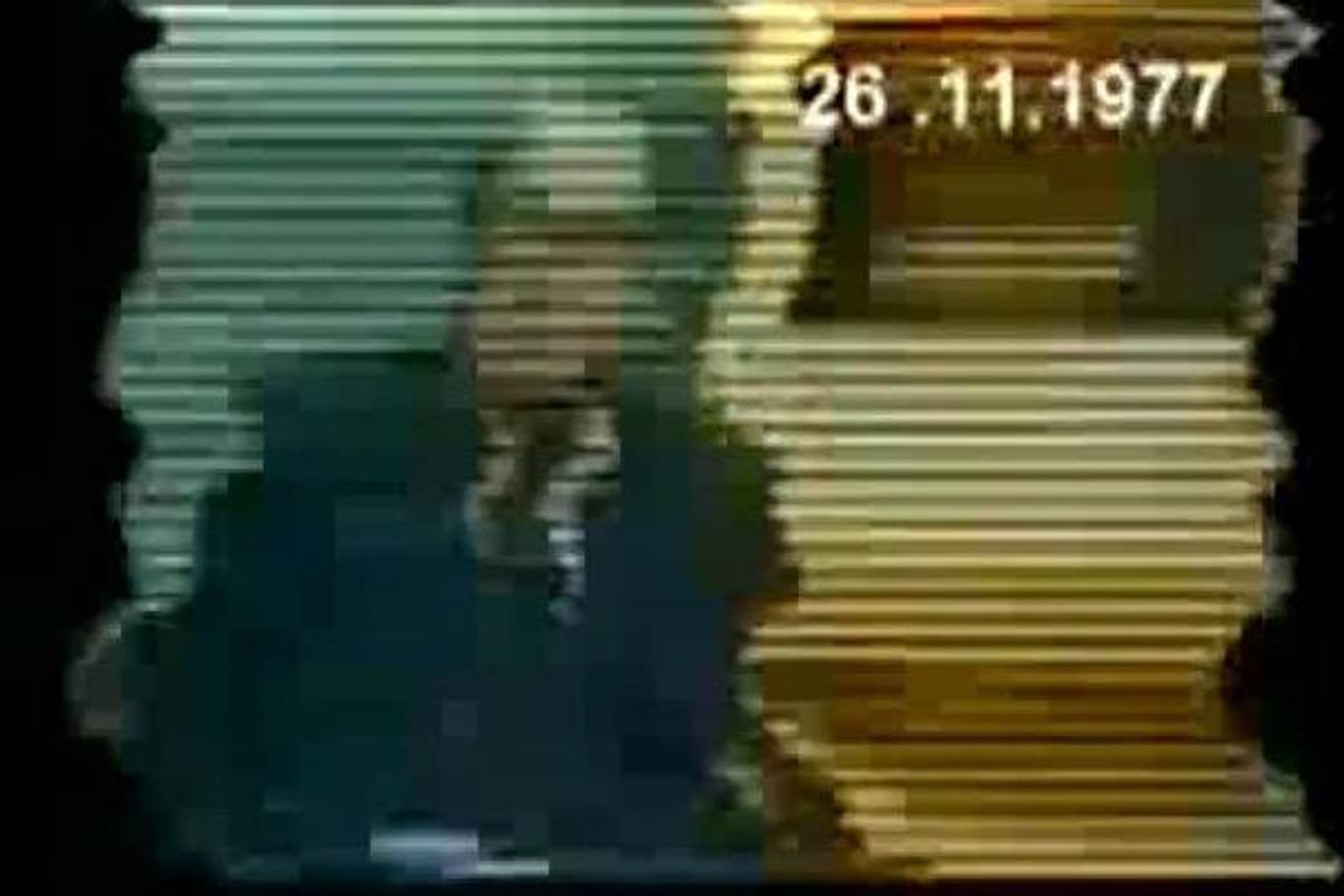 Over forty years ago an alien voice interrupted a UK British TV broadcast; the mystery of who was behind it has never been solved.

Forty-six years ago, a TV broadcast was interrupted by a supposed alien being, the mystery behind this TV hijacking has never been solved.

Something strange happened on 26th November 1977 in England. It was just another casual Saturday afternoon, many children would be sat awaiting Pink Panther to grace their TV screens while Mum or Dad was making tea in the kitchen.

For the people who lived in the South of England, an event would take place that would have people talking for weeks after.

It was a mundane Saturday afternoon, Southern TV’s news anchor Andrew Gardner was presenting the day’s headlines; little did he know at the time that part way through his broadcast he would be interrupted by a supposed non-earthly being.

At exactly ten past five in the evening, Andrew was interrupted as the picture across thousands of TV sets wobbled and a distorted voice echoed across the airwaves.

The voice presented itself as Vrillon and said that he was an extraterrestrial being representing the Ashtar Galactic Command. The message he gave was a simple one, urging humans to give up their warlike ways and embrace a more peaceful and loving life.

Here is the statement that came across the airways in full:

This is the voice of Vrillon, a representative of the Ashtar Galactic Command, speaking to you. For many years you have seen us as lights in the skies. We speak to you now in peace and wisdom as we have done to your brothers and sisters all over this, your planet Earth. We come to warn you of the destiny of your race and your world so that you may communicate to your fellow beings the course you must take to avoid the disaster which threatens your world, and the beings on our worlds around you.

This is in order that you may share in the great awakening, as the planet passes into the New Age of Aquarius. The New Age can be a time of great peace and evolution for your race, but only if your rulers are made aware of the evil forces that can overshadow their judgments.

Be still now and listen, for your chance may not come again. All your weapons of evil must be removed. The time for conflict is now past and the race of which you are a part may proceed to the higher stages of its evolution if you show yourselves worthy to do this. You have but a short time to learn to live together in peace and goodwill. Small groups all over the planet are learning this, and exist to pass on the light of the dawning New Age to you all.

You are free to accept or reject their teachings, but only those who learn to live in peace will pass to the higher realms of spiritual evolution. Hear now the voice of Vrillon, a representative of the Ashtar Galactic Command, speaking to you. Be aware also that there are many false prophets and guides operating in your world. They will suck your energy from you – the energy you call money and will put it to evil ends and give you worthless dross in return.

Your inner divine self will protect you from this. You must learn to be sensitive to the voice within that can tell you what is truth, and what is confusion, chaos and untruth. Learn to listen to the voice of truth which is within you and you will lead yourselves onto the path of evolution. This is our message to our dear friends. We have watched you growing for many years as you too have watched our lights in your skies.

You know now that we are here, and that there are more beings on and around your Earth than your scientists admit. We are deeply concerned about you and your path towards the light and will do all we can to help you. Have no fear, seek only to know yourselves, and live in harmony with the ways of your planet Earth.

We of the Ashtar Galactic Command thank you for your attention. We are now leaving the plane of your existence. May you be blessed by the supreme love and truth of the cosmos.

Engineers frantically tried to get to the bottom of the interruption but to no avail. The broadcast lasted for almost six minutes and as quickly as the mysterious voice came, just as quickly did it disappear and was followed up by an episode of Looney Tunes.

Reactions were mixed after this event, some believed Vrillion and the Ashtar Galactic Command were real, but for the most part, the consensus was that this was some form of an elaborate practical joke.

In all likelihood, someone hacked into the TV’s network and took over the broadcast. This was no easy feat in the 1970’s and would have taken a lot of work and planning.

Strangely, unto this day, nobody has come forward to claim responsibility for the hack; possibly because of the legal repercussions that would surely follow.

Nobody knows who did this or most importantly why regardless the message was one of peace and love, urging mankind to turn from their destructive ways. That can only be seen as a good thing.

Vrillon or the person behind Vrillon chose a time slot where their message would reach the most amount of people and have the most impact.

While people are still focusing on trying to figure out who or what was behind this broadcast interruption, maybe we should be looking at the message given, one of love instead of destruction.

Perhaps if we pondered on this message more it will have the positive impact the person or beings behind it wanted.