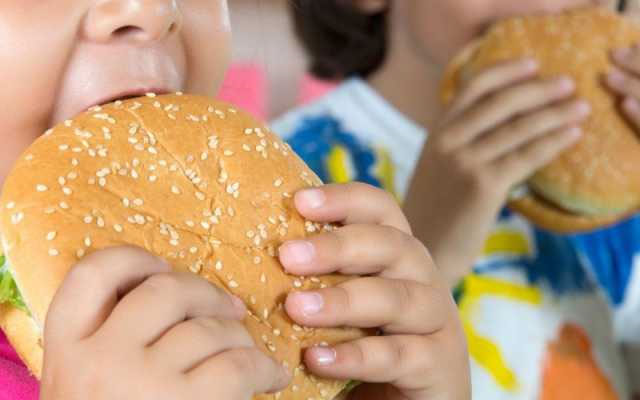 Bread lovers beware! Gluten-free diets may not just be a trendy choice but something everyone should follow. New research reveals that proteins in wheat may be detrimental to all humans.

“Gluten-free” seems to be appearing just about everywhere these days, from restaurant menus to grocery store shelves and even on cosmetics labels. And with good reason. The gluten-free market is exploding. Packaged Facts, a market research company estimated that the gluten-free market in the United States was $4.2 billion last year and predicts an expansion to $6.6 billion by 2017.

In a recent Time Magazine article entitled: “Why We’re Wasting Billions on Gluten-Free Foods,” business writer Martha C. White puzzled over this seemingly baseless trend, stating: “As food fads go, though, this one’s not only enormous: It’s enormously expensive – and many of us paying a premium to avoid gluten are doing so without any legitimate medical reason.”

The article goes on to describe how less than 1% of Americans suffer from celiac disease, an autoimmune disease triggered by gluten consumption and how as many as 1 in 16 Americans may have a significant sensitivity to gluten, a disease for which the term “non-celiac gluten sensitivity” was recently developed by an expert panel of gluten researchers and clinicians.

No doubt it is in the best interest of these two groups to avoid consuming gluten, a protein found in wheat as well as barley, rye, and spelt products. But is the statistic that as many as 29% of Americans admit to trying to maintain a gluten-free diet simply an indication of their desire to remain trendy? If in fact only a small fraction of Americans actually have a medical condition exacerbated by gluten consumption, what could explain the overwhelming traction of the gluten-free movement?

A Google search for gluten-free websites produces over 7.5 million returns with many of these sites populated by incredible testimonials of miraculous improvements following the adoption of a gluten-free diet in a wide range of medical issues including headaches, joint pain, skin disorders, epilepsy, depression, insomnia, and ADHD, to name a few. If we are to believe that only a small number of us should avoid gluten, does that relegate these personal triumphs from a dietary change to simply a placebo effect?

Good science would mandate that we should consider the possibility that something else may happen when a person chooses to eliminate wheat that may have nothing to do with reactivity to gluten.

While gluten makes up the lion’s share of protein in wheat, research reveals that modern wheat is capable of producing more than 23,000 different proteins, any one of which could trigger a potentially damaging inflammatory response. One protein in particular is wheat germ agglutinin (WGA). WGA is classified as a lectin – a term for a protein produced by an organism to protect itself from predation.

All grains produce lectins, which selectively bind to unique proteins on the surfaces of bacteria, fungi, and insects. These proteins are found throughout the animal kingdom. One protein in particular for which WGA has an extremely high affinity is N-Acetylglucosamine. N-Acetylglucosamine richly adorns the casing of insects and plays an important role in the structure of the cellular walls of bacteria. More importantly, it is a key structural component in humans in a variety of tissues, including tendons, joint surfaces, cartilage, the lining of the entire digestive tract, and even the lining of the hundreds of miles of blood vessels found within each of us.

It is precisely the ability of WGA to bind to proteins lining the gut that raises concern amongst medical researchers. When WGA binds to these proteins, it may leave these cells less well protected against the harmful effects of the gut contents.

WGA may also have direct toxic effects on the heart, endocrine, and immune systems, and even the brain. In fact, so readily does WGA make its way into the brain that scientists are actually testing it as a possible means of delivering medicines in an attempt to treat Alzheimer’s disease.

And again, the concern here is not just for a small segment of the population who happened to inherit susceptibility for sensitivity to gluten. This is a concern as it relates to all humans. As medical researcher Sayer Ji stated, “What is unique about WGA is that it can do direct damage to the majority of tissues in the human body without requiring a specific set of genetic susceptibilities and/or immune-mediated articulations. This may explain why chronic inflammatory and degenerative conditions are endemic to wheat-consuming populations even when overt allergies or intolerances to wheat gluten appear exceedingly rare.”

The gluten issue is indeed very real and threatening. But it now seems clear that lectin proteins found in wheat may harbor the potential for even more detrimental effects on human health. It is particularly alarming to consider the fact that there is a move to actually genetically modify wheat to enhance its WGA content.

Scientific research is now giving us yet another reason to reconsider the merits of our daily bread. The story of WGA’s potential destructive effects on human health is just beginning to be told. We should embrace the notion that low levels of exposure to any toxin over an extended period can lead to serious health issues. And this may well characterize the under-recognized threat of wheat consumption for all humans.