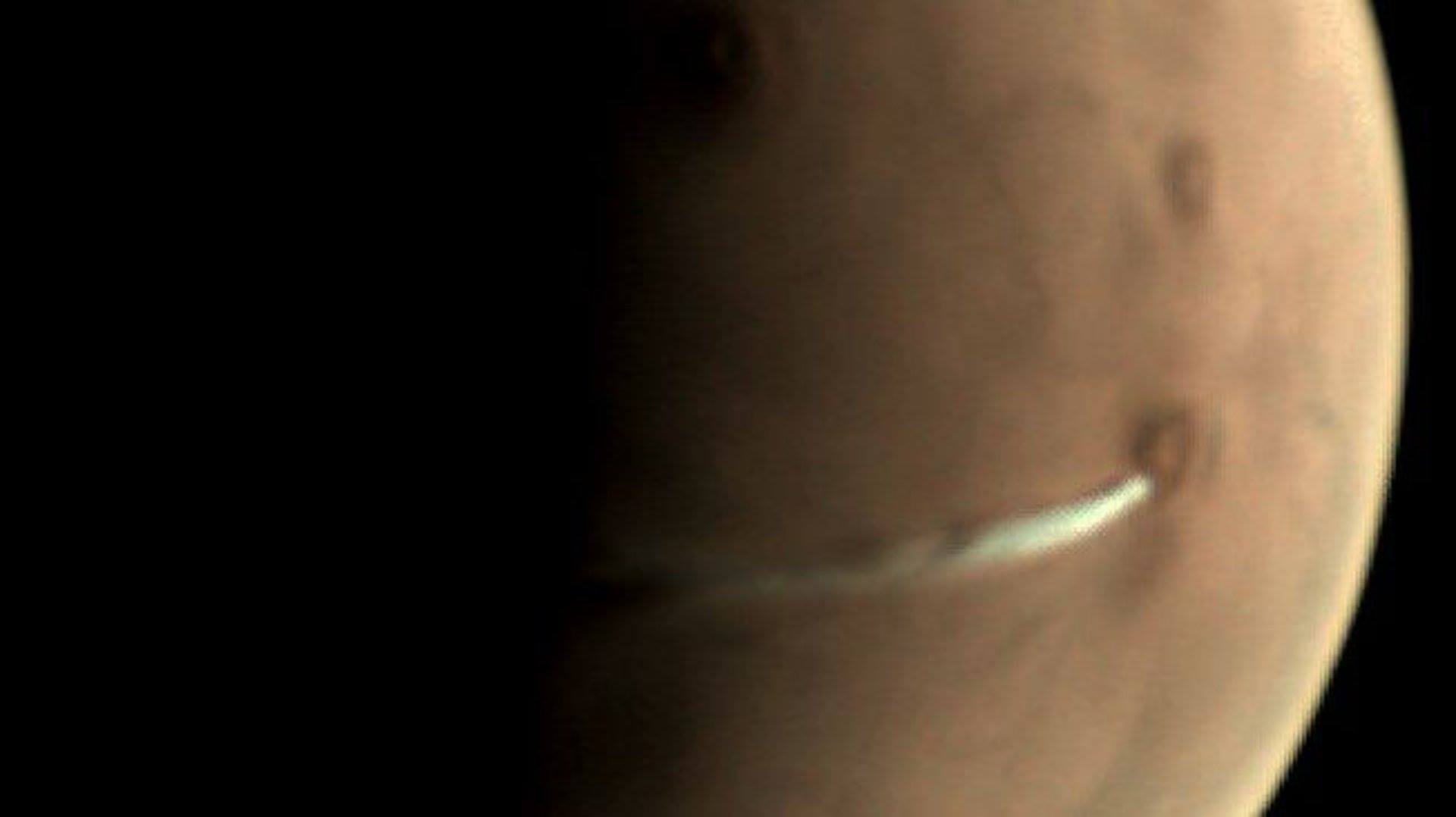 For over a month, Mars orbiters have been watching a weird Martian cloud that resembles a booger and is so large that it can be seen with telescopes on Earth.

Suspended over the western slope of Arsia Mons, an enormous volcano near the red planet’s equator, the elongated cloud stretches for about 930 miles, and was first spotted by the European Space Agency’s (ESA) Mars Express orbiter on September 13. Though the cloud looks like the kind of volcanic plumes huffed out by Earth’s active volcanoes, Arsia Mons is long extinct—its last eruption is estimated to have occurredaround 50 million years ago.

The volcano still plays a role in shaping the water-ice cloud, though, along with atmospheric dust levels and the Martian seasons.

With its 12-mile-high peak and diameter of nearly 400 miles, Arsia Mons is 30 times more voluminous than the largest volcanoes on Earth. Its humongous bulk condenses and cools air currents as they pass over the summit, creating this “orographic cloud”—a nephologic formation that tend to form over leeward (downwind) slopes—on the western flank of the volcano.

Similar clouds observed in 2009, 2012, and 2015 coincided with the winter season, so it’s not surprising that this one showed up a few weeks before the Martian winter solstice on October 16. Plus, Mars was recently gripped by a dust storm that encircled the planet in June and July that likely boosted the cloud’s visibility and size.

Maybe one day, we’ll be able to view this rare event from the the surface through the eyes of a rover, lander, or even a human crew near Arsia Mons, which has inspired science fiction stories due to its possible cave system. In the meantime, Mars Express will continue snapping raw images of the cloud until it fades away, so you can follow its progress safely from Earth.