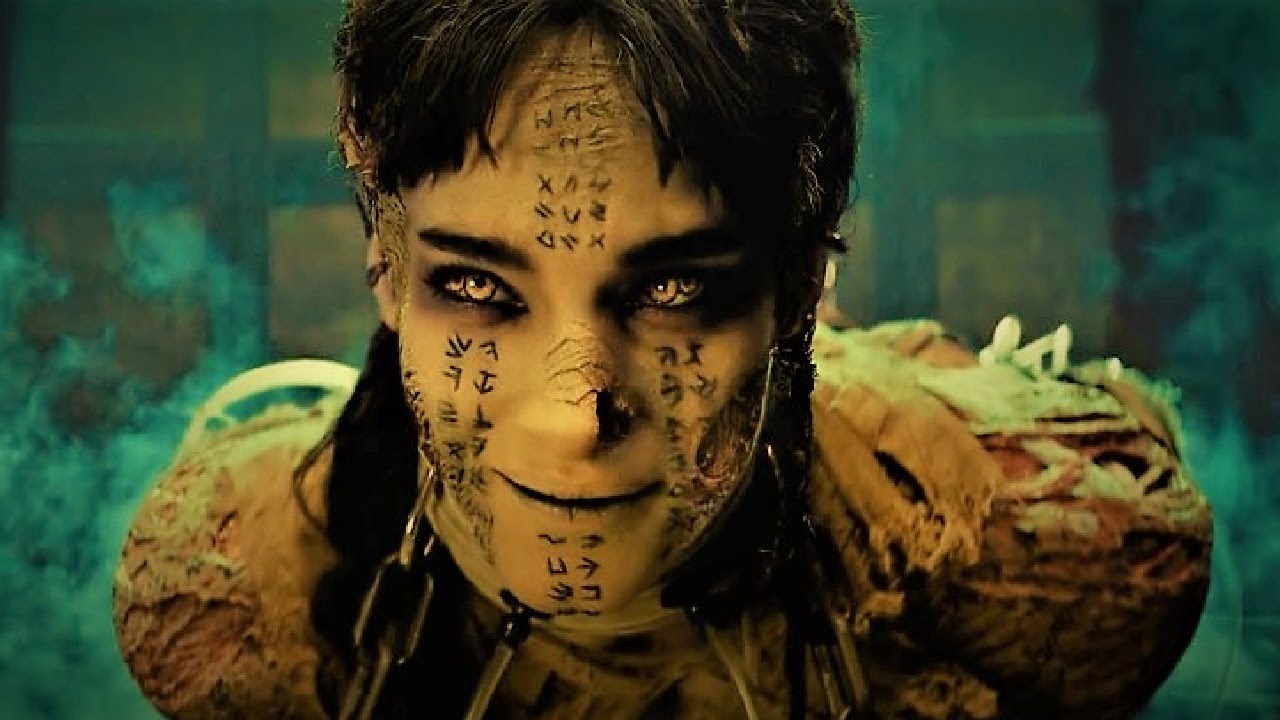 Lord Carnarvon had planned this expedition for years. A fanatical Egyptologist and amateur archaeologist, he had the heard the tales of the treasure laden tombs of the Pharaohs, and as the years advanced, the 57 year old planned his biggest expedition to date – to seek the fabled tomb of the Boy King, Tutankhamen.

During the frantic days in the lead up to his departure for Luxor, Lord Carnarvon received a message from one of the most revered mystics of the time, Count Hamon. This message was not one of best wishes or Godspeed as you would expect prior to the embarkation of such an endeavour. It was a cryptic warning which read;

‘Lord Carnarvon not to enter tomb. Disobey at peril. If ignored will suffer sickness. Will not recover. Death will claim him in Egypt.’

Lord Carnarvon knew all about the legendary curse of the Pharaohs, and was in fact so concerned about the warning that he solicited the services of a fortune teller on at least two occasions. Each time he received the same message – the news that he faced impending death in circumstances described as ‘mysterious’… yet here he stood in the Boy Kings tomb, surrounded by untold wealth (and several nervous native workers). As he raised his eyes above the solid gold coffin that cradled the remains of the King, he spied an inscription in the hieroglyphic script of the ancient and powerful Egyptian race….

It is said that the inscription was deciphered later, in private so that it didn’t alarm the local workforce that Carnarvon had employed to excavate the tomb. Never the less, his heart must have skipped a beat at the words:

Two months later, far away in a country mansion in Hampshire, UK, a dog began to howl. So mournful were its plaintive cries that it roused the entire household from their midnight slumber and no matter how they tried to comfort it the poor thing was inconsolable.

Thousands of miles away in his room at the Hotel Continental in Cairo, the now celebrated Lord Carnarvon awoke in his room and said ‘I feel like Hell….’

His companions called for his son, but by the time he arrived, Carnarvon was unconscious. Carnarvons son would later recall ‘… the lights went out all over Cairo… we lit candles, and we prayed…’

Thousands of miles away in England, Lord Carnarvons faithful dog, finally exhausted, lay down and die – and in Cairo so too died Lord Carnarvon.

The cause of death was recorded as pneumonia, caused by an infected mosquito bite. Cairo was unlikely to have been a particularly hygienic place at the time of Carnarvons visit, and death from infected wounds may not have been as uncommon as they are today.

But shortly after the untimely and tragic demise of the English Lord, Death again visited the Hotel Continental…

A leading member of the Tutankhamen expedition and archaeologist, American born Arthur Mace complained of tiredness and suddenly sank into a coma. He was dead before the doctors even had time to establish what was wrong with him.

A close friend of Lord Carnarvon, George Gould rushed to Egypt when he heard of his friend’s death. He was shown the Pharaohs tomb by the remaining members of the expedition. He collapsed with a fever the very next day, and within twelve hours, he too was dead.

Radiologist Archibald Reid who performed X-rays on the mummified body of the Boy King was sent home to England complaining of exhaustion. He died shortly afterwards.

And so the body count continues…

Richard Bethall, Carnarvons personal secretary during the expedition was found dead in his bed from heart failure. Joel Wool, British Industrialist – one of the first people outside of the expedition to be invited to view the tomb – died shortly afterwards, also from a mysterious fever.

Within six years of the discovery and excavation of Tutankhamen’s Tomb, twelve of the original team of excavators present on the 17th February 1923 had perished. At least twenty two people connected to the expedition in some way had died prematurely including Lady Carnarvon, and the Earls half brother, who committed suicide whilst temporarily insane.

So was it ‘The Curse’? And if so, just how powerful was it?

With such a high body count, it seems wrong somehow to blame mere coincidence for the many deaths associated with the opening of Egypt’s most celebrated tomb, and over the years many learned men and women have studied each individual case. Theories, as always, abound.

The ancient Egyptians were indeed adept at many things, and their knowledge of the use of poisons was advanced. Could the team of archaeologists have inhaled poison used in the wall paintings of the tomb? Or maybe the tomb itself was a breeding ground for bacteria which infected the team and then dispersed?

A rather more elaborate theory states that Uranium was used in the construction of the tomb, and that the excavators suffered some form of radiation poisoning.

Ultimately, belief is a curious and powerful thing. It is the basis of religion, of superstition and phobia. It governs our everyday life, influences our behaviour and is the fundamental basis of our very survival. It is the unbreakable Kevlar-like fibre of our very existence which makes us all unique. It is also the basis of all magical practice.

The two factors of successful hexing or cursing are simple – the intent or ‘will’ of the person casting, and the belief or even gullibility of the victim. In effect, the person originating the effect – be it a curse, spell or hex, call it what you will – must believe in the reality that they will achieve their aim. Likewise, the victim must have knowledge of the effect, be that consciously or unconsciously knowing the will of the person wishing to cause the effect to do them harm. After this point, when the rules (or belief) is set or in place, a chain of events is set in motion within the victims sympathetic and parasympathetic nervous system, which in extreme cases can cause death.

Lord Carnarvon is believed to have died from an infected insect bite – this much we know. As stated before, this may have not been unusual in 1920’s Egypt, the complications may even have been aggravated by exposure to poisons or bacteria within the tomb, but that doesn’t explain the fate of the other unfortunate expedition members, or others who later became involved with the relics.

In 1966, Mohammed Ibriham, Egypt’s director of antiquities was asked by his government to prepare the Tutankhamen treasures for an exhibition in Paris, France. Ibriham, seemingly a suspicious man was not enamoured by the idea. In fact he is said to have dreamed that if the Pharaohs treasures left the shores of Egypt he would suffer some personal tragedy. Mr Ibriham is said to have been knocked over and killed by a car after an unsuccessful meeting with government officials to try to postpone the Paris exhibition.

Three years later, Richard Adamson, Lord Carnarvons security guard during the expedition, and the last living member of the expedition appeared on British television to explode the myth of the Pharaohs Curse. It was his third attempt to dispel the legend. The first time, his wife had died within twenty four hours, the second, his son broke his back in a plane crash. Adamson, addressing the British viewers said “ I don’t believe the myth for one moment.”

At a later interview from his hospital bed, recovering from head injuries sustained when he was thrown from his taxi during the car crash which occurred as he left the television studios (a swerving lorry managed to avoid crushing his head by mere inches as he lay in the road), Mr Adamson said “Until now I refused to believe that my families misfortunes had anything to do with the curse. Now I’m not so sure.”

In 1972, King Tut claimed another victim. Dr Gamal Mehrez, director of antiquities at Cairo Museum, and successor of the ill-fated Mohammet Ibriham, was in charge of crating the golden ‘Death Mask’ for an exhibition at London’s British Museum. Dr Mehrez was a staunch disbeliever in such superstitious nonsense as curses. “I more than anyone in the world have been involved with the tombs and mummies of the pharaohs, yet I’m still alive.” He said. “I am the living proof that all the tragedies associated with the pharaohs have been pure coincidence”. Then he added, quoting Richard Adamson almost word for word – “I don’t believe in the curse for one minute.” Dr Mehrez successfully organized the removal of the priceless treasures onto Lorries to begin the long journey to London, and that evening he died. He was 52. The cause of death was recorded as circulatory collapse.

The organizers of the exhibition decided to proceed with the arrangements regardless, and so the relics were loaded onto an RAF transport command aircraft and shipped to the UK. Within five years, six of the crew had either suffered ill fortune, or were dead.

Chief Pilot, Flight Lieutenant Rick Laine and Flight Engineer Ken Parkinson were both fit men. Parkinson is said to have suffered several heart attacks after the flight, each one at the same time of the year. Finally in 1978 he suffered a fatal one. He was 45. Laine had died two years before him, also of a heart attack. He was 40.

Chief Technical Officer Ian Landsdowne jokingly (and very disrespectfully) kicked the crate containing the death mask during the flight. He joked “I’ve just kicked the most expensive thing in the world!” Five months later a ladder inexplicably collapsed underneath him, and his severely broken leg was in plaster for months.

Aircraft Navigator Flight Lieutenant Jim Webb’s house was destroyed by fire and he lost all his possessions. A girl also aboard the plane during the flight had to leave the RAF after undergoing a very serious operation.

Steward Brian Rounsfell disclosed how the crew had played cards on the coffin crate, and had dared each other to sit on it. Rounsfell suffered two heart attacks over the next four years – he was 35.

The above cases are infamous purely because the tomb was said to be cursed, and as such appeal to our superstitious nature and beliefs as ‘proof’ that curses really do exist. The reality is that the examples above illustrate probably a very small percentage of the thousands of people who have been involved with the tomb and its contents over the many years since its discovery – we don’t know what fate befell every individual, every workman or examiner. Some of the cases cited here defy research as to whether or not they actually occurred or are mere rumours or half truths. It’s also possible that other ‘unusual’ events occurred where the connection between the event and the relics was not made, and have therefore not been recorded – we will never know. To declare everyone involved in the excavation of King Tuts tomb suffered some serious calamity or death would be both short-sighted and untrue after all, the co-leader of the expedition, Howard Carter died of natural causes in 1939, and as far as I can find suffered no hardships at all.

Of course, he may have not believed just that little bit more…

In this article:curse of the Pharaohs, Lord Carnarvon