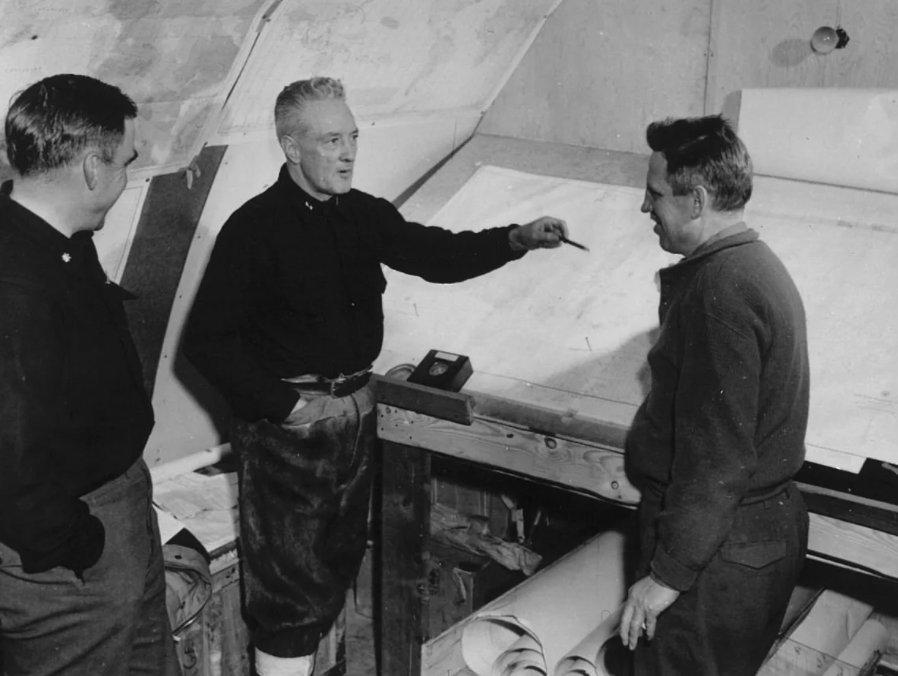 Shortly before the outbreak of World War II, the Nazis began looking for territories to locate military bases. Antarctica was named one of the most successful places, where an expedition of 82 people went in December 1938. They not only explored the area, but also found a suitable rocky area to build the facility.

Spanish Internet publication El Diario has published details of a secret Nazi expedition to Antarctica. These details are contained in the book by Thomas Balmaceda and Augustina Larrea “Antarctica. Unknown and incredible stories of the White Continent”.

In 1938, Nazi Germany assembled an expedition to the shores of Antarctica. On December 17 the ship “Schwabenland” departed from Hamburg. The 82-man mission headed south. The Nazis had two seaplanes, the Borey and the Passat, modified specifically for use in temperatures below 50 degrees.

In addition, as the newspaper notes, the members of the expedition had provisions for one month, “packed in 60 parachute bags in case of a possible rescue operation.” They also had several Nazi flags with them, which they planned to use to mark the territory.

About a month later, the ship’s crew arrived at Antarctica in the area of ​​Queen Maud Land. The Nazis surveyed the territory and dropped pennants with Nazi symbols from the planes.

The publication notes that the Germans had their eyes on this region in the late 1930s for several reasons. During the First World War, the country lost several African colonies, a naval base in China and other lands. These losses meant a significant reduction in ports at various latitudes.

The authorities understood that a global conflict was brewing, so Germany needed bases in the southern hemisphere, important for the supply of ships and submarines. “The Subarctic Islands are a great opportunity to add ports without direct conflict with another country,” the newspaper notes.

In addition, Antarctica attracted Adolf Hitler as a source of potential profit

Since the 1920s, the country has been actively using whale oil – producing many everyday goods, ranging from margarine to cleaning products. Moreover, the defeat in the First World War led to the fact that Germany lost many sources of vegetable and animal fats due to the loss of colonies.

Over the years, Germany’s dependence on whale oil has only increased. This “prompted the National Socialist regime to promote the growth of the local whaling industry by building its own fleet.” Thus, by 1935 Germany was the largest buyer of this raw material.

More than half of the whale oil produced went to this country – during the war, killed whales found several other uses: the fat was used as a lubricant or in the production of nitroglycerin, and the meat was consumed by people, since it could be stored frozen for a long time.

The members of the 1938 expedition surveyed about 600 thousand square meters. km of Antarctica. After that, a new stage began in the development of the continent by the Nazis. The lands began to be called New Swabia.

At the same time, as noted by the Spanish media, they were looking for the so-called Antarctic “living space” where they could establish a base. The material, which cites excerpts from the book, notes that the Nazis found him later. One of the members of the expedition noted that it was “a small rock formation” on which water could be seen. According to him, “the entire rocky plain was almost snow and ice free, and had a wet, muddy appearance.”

At the same time, there was a fundamental difference between this place and the rest of the territory in that “the surface temperature was only five degrees Celsius below zero.” The uniqueness of the landscape was confirmed by the meteorologists who examined it.

Two days after the discovery – February 5, 1939 – the expedition members raised the flag of Nazi Germany at the site of the future base, captured four emperor penguins and went home.

In mid-April 1939, the Schwabenland docked in Hamburg, where she was greeted by the most influential people among the Nazis. Hitler also left a congratulatory message for the members of the expedition.

Advertisement. Scroll to continue reading.
In this article:Antarctica, Nazis