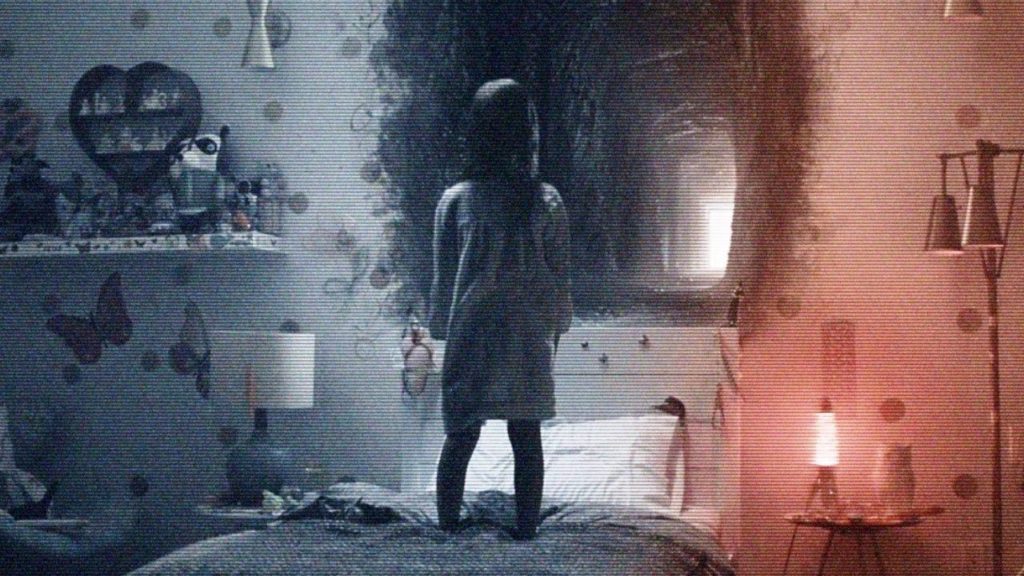 Surprisingly, over the past 30 years, skeptics have dramatically increased interest in the paranormal and, as a result, defeated themselves.

Even their own polls show that they do not understand the fundamentals of the subject and their highly publicized sting has brought the subject to millions of people who investigate the subject and find real results. The most spectacular own goal in advertising the paranormal.

Is There Life after Death? Fifty Years of Research at UVA

In the YouTube video ‘Is There Life After Death? Fifty Years of Research at UVA‘ there is a spectacular account of the scientific advancements that have been made. The featured conference on the paranormal, which took place on February 22, 2017, has garnered close to 660,000 views. Google the link above to watch.

Amazing Facts on Paranormal Subjects Such as Reincarnation

The UVA video goes into detail about some of the amazing facts on all kinds of subjects such as reincarnation and the fantastic details were given, primarily by children, on their own past lives with some explicit details. NDE’s (Near Death Experiences) are also covered in this one-hour special. Honorary speakers are Jim B Tucker, Bruce Greyson, Edward F Kelly J Kim Penberthy.

Discredited Book “Heaven is For Real”

At the end of the talk, there is a short Question & Answer session. One, especially for me, concerns the book and film “Heaven is For Real,” about a six-year-old boy’s NDE. The book has since been discredited because the now grown-up boy has disputed his own version of the account in the book, stating that it was influenced by his father, a religious minister.

Alex, now 16, revealed that the detail in the book was false.

“I said I went to heaven because I thought it would get my attention,”

All Religions are Substantially Man-Made

This is delicately handled, categorized as an NDE, but again balanced with what the child has since stated. It seems that whatever religion you are, yours is “the best,” right, and should not be disputed. All religions claim to the correct version, yet all religions are substantially man-made, with man-made flaws and also supported greatly by the political arena of the time.

No Real Religion Except Spirit

As you will become aware, after a certain level there is no “religion” – only “Spirit”. We come to see the real truth of the state of things when we, ourselves, pass into the world of spirit; a sense of familiarity and certainly a resemblance of the earth at that initial level.

There are some excellent Physical mediums, Mental mediums and Direct voice mediums amongst others. The greatest direct voice medium that ever lived, Mr. Leslie Flint, made over six thousand recordings of those who came to speak at his seances. I would strongly advise to Google him and see the results of his work, as it is astounding to hear the “dead” themselves talk matter-of-factly about their own real experiences of passing, where they found themselves on their re-entry into the spirit and the lives they now live there.

There are those who had passed fairly recently (in the last hundred years) and those who passed in the 1600s talking about their lives both on earth and in spirit.

A Few Thousand Sceptics Jumped On the Paranormal Bandwagon

The fact is that perhaps a few thousand skeptics jumped on the bandwagon and were paid handsomely to do so. They committed their lives to try to convince as many people as possible this is all “hokum” in a very public manner, which has, of course, jeopardized their reputations, both now and certainly as far as history will recall.

Skeptics Will be Confined to the Rubbish Bin of History

I have publicly stated for many years now that these skeptical ‘scientists’ will be only remembered, after being consigned to the “rubbish bin of scientific history” for their completely absurd views. There are very many examples of the stupefying absurdities stated by them and others throughout history.

Modern-day skeptics will be recalled with as much mockery as the examples given below do now.

paranormal investigators, having seen the light, pun intended, have now quite noticeably appeared to have changed sides in an effort to become “experts” on the subject, presumably after many years of investigation. To me at least, it does smack of rats leaving a sinking ship and desperate for some ego-boosting recognition on some scientific basis.

I wonder how the modern-day skeptics will fare! I often have amusing thoughts about how those like James Randy and Stephen Hawking will get on when confronted about the reality of passing. Stephen William Hawking CH CBE FRS FRSA, passed on the 14th of March, 2018. It will be interesting to see, faced with reality, whether Mr. Hawking makes himself known.

One of Two Sceptic Investigators Have Now Changed Sides

One or two of these paranormal investigators, having seen the light, the pun intended, now seem to have changed sides considerably to become “experts” on the subject, probably after many years of investigation. To me at least, it sounds like rats are leaving a sinking ship and desperately seeking scientific recognition of the ego.

I wonder how modern skeptics will fare! I often have funny thoughts about how people like James Randy and Stephen Hawking will get along with the reality of the death. Stephen William Hawking CH CBE FRS FRSA, adopted March 14, 2018. It will be interesting to see, faced with reality, whether Mr. Hawking makes himself known.

A Sceptic Having Had an NDE Said, “It Was Nothingness”

I once had an interesting exchange with a hard-line skeptic who stated after an NDE that: “I have been there. There was nothingness, blackness, there is nothing after death.” I then pointed out to him that he had of course “been aware of nothingness”, strongly implying that if there was complete nothingness, he would not have known at all. Of course, there was no reply to that simple statement.

A Strong Fixed Mind is Detrimental to the Afterlife Experience

Those who have strong minds and those who cling onto material things will have great difficulties when they pass. In fact, as you will see from the video, one of the great things that happen with NDE’s is that people have a complete change of mind. They become more spiritual, with a lack of regard for material things. Those who completely believe there is “nothingness” may find, as I know that gentleman did, that for some time they will be correct.

Of course, many will only recognize them in their present guise of starting to champion the paranormal. They can claim of course that overwhelming “new evidence” has convinced them.

Skeptically Speaking, I Would Venture That This is More About Ego and Financial Recognition

All we have to do is look at their completely unsympathetic grasping and blatant ridiculing of the subject and those involved in it, to clearly see that if a leopard has apparently changed its spots, that there is a reason for it. Skeptically speaking, I would venture that this absolute about-turn is more about ego and financial recognition.

Historically, Closed-minded Sceptics Have Opposed Every Invention and Discovery and Have Made Fools of Themselves

• Sir William Preece, the former chief engineer of Britain’s Post Office, will be remembered for making one of the most ‘idiotic’ comments in history about Edison’s inventions. Sir William stated that Edison’s lamp (parallel circuit) was a ‘completely idiotic idea’!

• Professors, including Professor Henry Morton who knew Edison, stated, immediately before Edison demonstrated the electric light globe: ‘On behalf of science … Edison’s experiments are a … fraud upon the public.’

“Scientifically impossible for machines to fly”

• The Scientific American, The New York Times, The New York Herald, the U.S. Army, academics — including Professor of Mathematics and Astronomy Simon Newcomb from John Hopkins University— and many other American scientists, all heaped derision, ridicule and denigration onto the Wright brothers claiming that it was: ‘scientifically impossible for machines to fly’!

• One of the leading scientists from the French Academy of Sciences stated that hypnosis is a fraud and stated after seeing a hypnotized subject with a four-inch needle in the top of his arm: ‘This subject has been paid for not showing he’s in pain’.

• Another scientist from the French Academy of Sciences, after listening to a record made by Edison, stated: ‘… clearly that is a case of ventriloquism’!

• John Logie Baird, the inventor of television, was attacked by closed-minded skeptics who stated it was: “Absolute rubbish that television waves could produce a picture”!

Advertisement. Scroll to continue reading.
In this article:life after death, paranormal scepticism 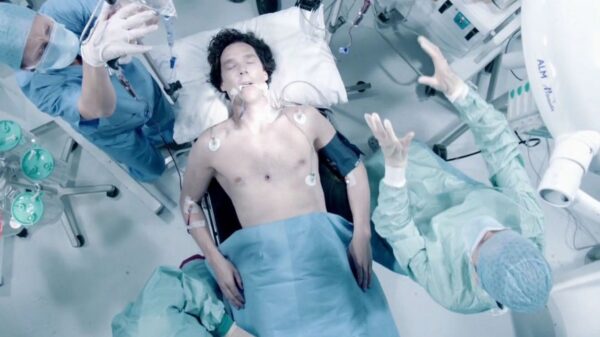 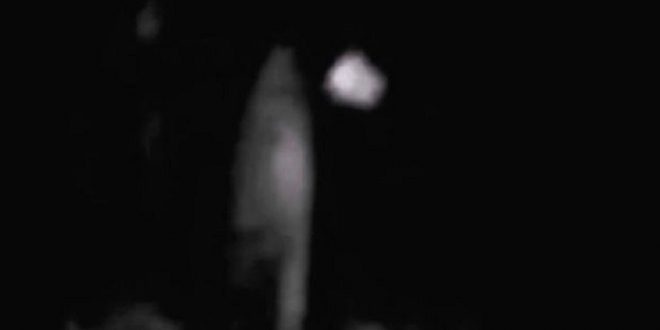