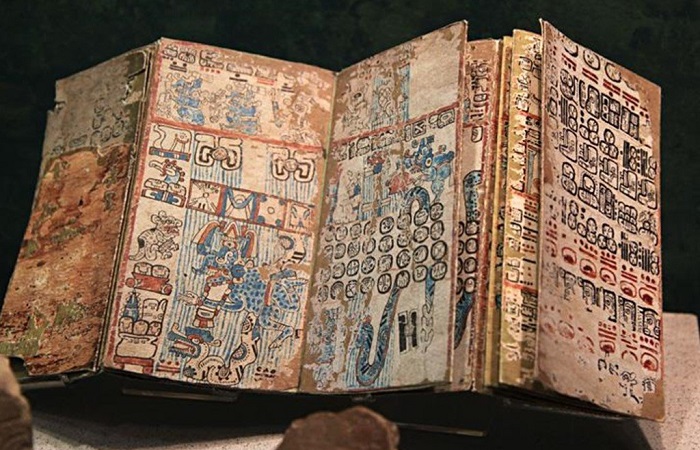 The Maya are a mysterious people who built their civilization in Mexico long before the coming of the Aztecs. He left behind many books and other inscriptions. Archaeologists can now decipher the documents of the era, and each time new secrets are revealed to them.

An important discovery for Mexico

The city of Coba, once built by the Mayans on the Yucatan Peninsula, has long attracted the attention of archaeologists. It was a large polis, full of pyramidal temples with decorations and inscriptions and connected by many roads with other polis.

Traces of culture have not yet been able to destroy even the local aggressive jungle, and archaeologists have struggled for decades to understand the history of the city itself and its place in the general history of the Maya.

To date, they have managed to reconstruct the dynasty of rulers of the city-state. It consisted of fourteen people who were in charge of the policy from about 500 to 780. ad. The dynasty was founded by a man named Junpik Tok, but most surprisingly, among the rulers is a woman known as Lady Yopaat.

To understand why this discovery is so significant, one must have an understanding of the cultures of America’s major civilizations.In almost all of them, women were in the same humiliated condition as in most cities of Ancient Greece.

It seems that even the women of royal families were not perceived as something that special. Although it is known that the sisters of the Great Incas were their co-rulers, the ladies did not rule on their own even there. Until now, only three rulers were known on the territory of Mexico.

Archaeologist Maria José Con Uribe of the National Institute of Anthropology and History of Mexico notes that the establishment of rulers and the sequence of their rule is important in order to understand the historical connections of Coba and other cities and regions.

Fortunately, a lot of inscriptions dedicated to these rulers remained on the stone ruins of Koba (Mayan books are often so damaged that it is impossible to leaf through them for decoding).

Unfortunately, these ruins were in such a state that archaeologists did not dare to touch them for a long time, so as not to destroy them completely. Modern technology made it possible to study the inscriptions with minimal contact with the ruins that were decorated with letters.

Deciphering the inscriptions was like a detective investigation. So, in order to better see the half-erased letters, they were photographed with lighting at different angles and then the photographs were superimposed on each other so that the shadows indicated contours that were already invisible to the eye.

Often, it was impossible to come up to take a picture, and it was necessary to invent something. Archaeologists had to show a lot of ingenuity.

Surprisingly, among the reasons why archaeologists took up the deciphering so late was also the belief that among the policies of this area there cannot be any where many hieroglyphs can be found. That is, scientists did not see the point in deploying large-scale research using the necessary technologies.

They did not even try to find more inscriptions than they could be seen at a glance. The northern Mayan cities were considered “not very literate”, and new research refutes this long-held belief.

This resembles the situation with the drawings of primitive people in caves. As you know, archaeologists of the nineteenth century, working with cave sites of ancient Europeans, practically ignored these drawings, because they believed that for so long in the past people could not draw – so the multi-colored lines on the ceilings and walls of the caves cannot tell anything about their life. It took a long time for the drawings to attract the attention of scientists.

What the Mayan queens are known for

As for Yopaat, as far as archaeologists can judge, she ruled for quite a long time – about forty years – at the beginning of the seventh century and significantly strengthened the position and influence of her city in the region. That is, her rise and reign were not a brief episode in a series of violent upheavals, as was the case in some Muslim countries in the Middle Ages.

In addition to her, as you know, the warlike queen Kauil Ahau ruled in Kobe, but she already belongs to another, later dynasty. As you know, Kahuil Ahau, competing with the influence of Chichen Itza – another city-state – built the longest road of its era, and also conquered a polis called Yahuna.

Another famous ruler is considered Mistress Cable, or Mistress Lily Hands, who ruled at about the same time as Kauil Ahau, but in Calakmula. She reigned for about twenty years.

Although there were no high-profile cases during her reign, the city flourished under her leadership. Two more Maya queens bore the romantic names Mistress of the Heart of the Windy Place and Mistress of the Sixth Heaven.

Advertisement. Scroll to continue reading.
In this article:History of Mexico, Yopaat