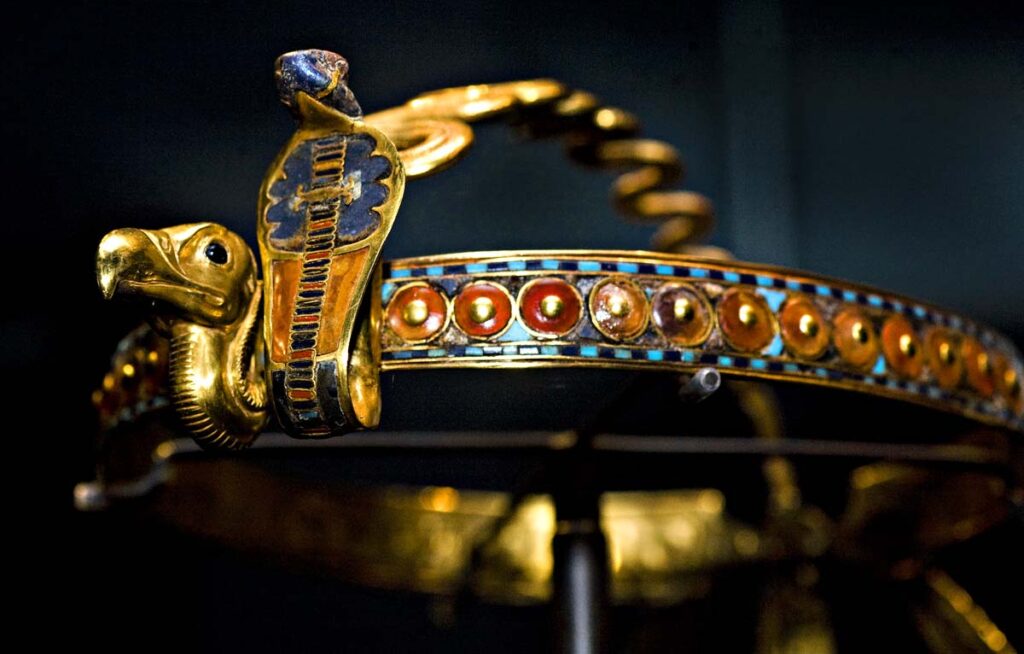 One of the most beloved topics of the yellow press of the last century was the scary tale of precious stones, a typical example of which is the story of the “curse of the Hope diamond.”

It was a beautiful blue diamond with a purple tint and looked something like this: The modern history of the stone began in the 17th century in India, where it was somehow obtained by the jeweler Jean Baptiste Tavernier. He brought the stone to France, where he sold it to King Louis XIV, after which Louis fell from the slope, injured his leg, got sepsis and died, and Jean Bastist himself had been eaten by dogs before that. 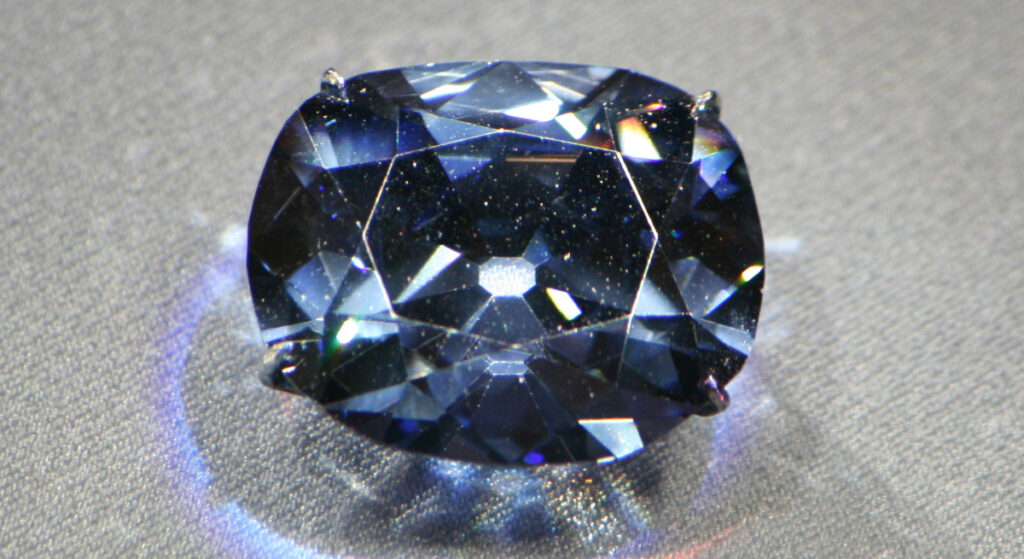 The next owner of the stone was Louis XV, who presented it to Madame de Montespan. After a couple of months, the king lost interest in Madame and she moved to a monastery, where she died. The king returned the gift and passed it on to Marie Antoinette, who was soon executed by fiery French revolutionaries. With this pebble in the pendant, she ascended the scaffold.

What happened to the revolutionary Jacques who stole the stone is unknown, most likely he died or was eaten alive by lice, but in 1813 the stone appeared in a jewelry store in London, where the Englishman Henry Francis Hope bought it – he began to show everyone the diamond, so he entered into history as the “Hope Diamond”.

But, as you might expect, Hope glued the flippers together and gave the diamond to his heir, Lord Francis Hope, who presented it to his bride. After that, the lord went bankrupt and was forced to descend to the plebeian hotel business, but his very first hotel burned down with his wife.

Then the stone was sawed and sold to new owners. One of them was American Evelyn Wolls McClynn. After that, her son died in a car accident, her husband ended up in an insane asylum, and Evelyn herself also went a little crazy and died. The second owners made it to America unsuccessfully, because they chose the Titanic as a means of travel.

Approximately the same fairy tale surrounds many famous stones. The balance with the bulldo in these fairy tales does not always converge, since the tales are invented by journalists for the money of jewelers: when the public learns that someone died from the stone, this leads to incredible enthusiasm and everyone rushes to look at the miracle, allowing the jeweler to make money out of thin air. However, these tales are based on the truth.

In particular, Hope’s diamond was stolen from the temple of the Indian goddess Sita, where it somehow decorated a statue. The energy of the stone was monstrous – sensitive people who took it in their hands sometimes fainted and then they were tormented by nightmarish visions for months.

But Sita was definitely out of business there. The topic was Indian priests who used temples and statues to collect energy from the flock: pilgrimage went to the temple for decades, prayed to one or another deity, and as a receiving matrix, the deity had a stone in its forehead or two stones in its eyes.

Then, when the stone was pumped up, it was replaced with a new one, and the old one began to be used in rituals. In particular, it could be presented to your own or a neighboring king in order to vacate the throne as soon as possible – the ruler who accepted such a gift would immediately die under certain circumstances.

In general, the magic of stones is a complex and poorly studied topic. Some people seem to be doing it, blowing some “secret knowledge” into the ears of adepts. Nevertheless, there seem to be some very interesting developments in the topic.

We will not compose an introduction to modern and, most likely, not very correct views of quantum mechanics, but in general terms we will recall and clarify. An electron in an atom rotates in two directions, as it were: on the one hand, it rotates around the nucleus (orbital angular momentum), on the other, around its axis (spin).

Therefore, if, in theory, you learn to change either the spin of an electron of a single atom, or the angular momentum, then the atom can be used as a cell for storing a unit of information.

The idea, of course, is quite crazy, but, as scitechdaily writes with reference to the just published scientific work, researchers from the Delft University of Technology managed, using a scanning tunneling microscope, to first capture an individual iron atom, then plant it astride a nitrogen atom, after what the orbital angular momentum of some of the electrons of the outer cloud has changed for the iron atom. Thus, an eternal unit cell of information was created: 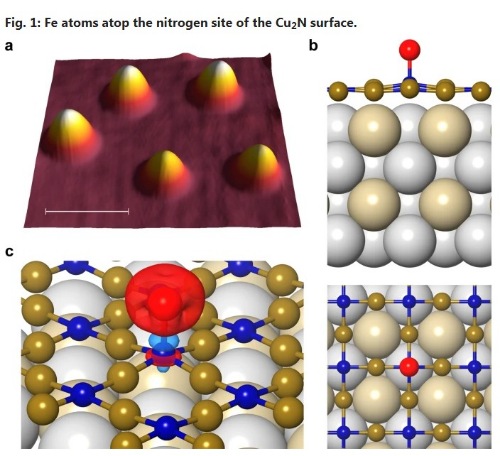 Of course, experimenters are still quite a long way from creating a full-fledged storage ring – nevertheless, the direction of work is interesting. Most likely, they will not be able to write data to the atoms of crystals soon, but the technology for reading them already exists. And this opens up interesting perspectives.

If the guys from the Delft University of Technology came up with the idea of ​​writing data into the atoms of the crystal, then the guys who lived long before them probably came to the same idea, and given the antediluvian technologies of the builders of magalitic structures, the idea was most likely implemented in practice. Therefore, many stones may turn out to be something like ancient flash drives that contain a lot of information about the ancient world. Perhaps that is why all the rulers collect stones with terrible power.

In addition, pebbles around which jewelers have created aura of horror stories, pebbles from places of worship of various kinds, and so on are also of interest. All these objects carry some kind of information that is inaccessible to analog devices. But now, when the technology appears that allows us to consider various rubies and diamonds as a digital massif, pebbles can tell a lot about the real story, and about the role of people in this story, and about the outside world in general.

In this article:Hope diamond, stones of pharaohs