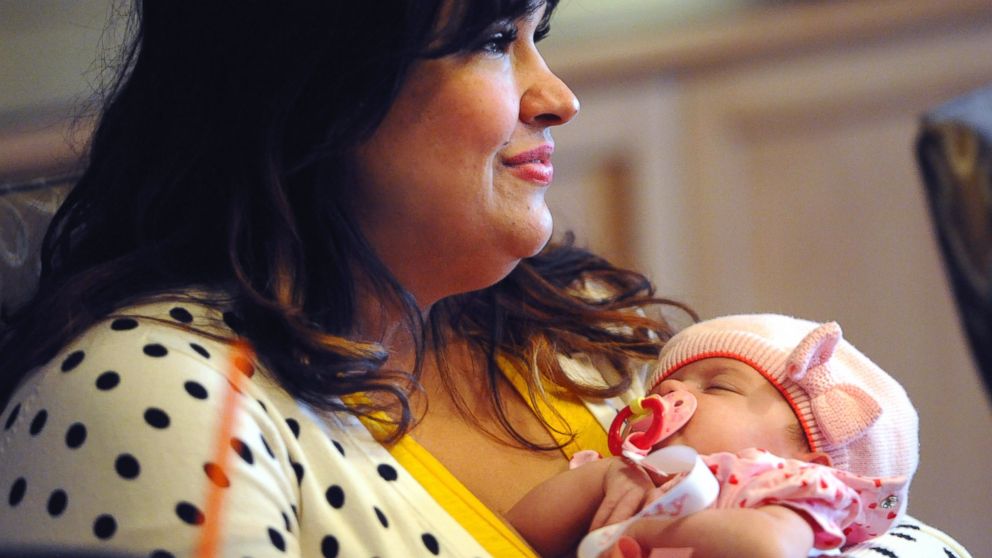 Graupera-Cassimiro’s heart stopped beating for 45 minutes. Just as doctors were about to call her time of death, they spotted a blip on the monitor.

“I was dead,” Graupera-Cassimiro told ABC News. “My husband tells me, ‘You were gray. You were cold as ice, and you were dead. You had no color in your lips.’”

Graupera-Cassimiro, 40, had gone to the hospital for a cesarean section on Sept. 23. The surgery was uneventful and the baby was healthy, but Graupera-Cassimiro started to experience shortness of breath, said Boca Raton Regional Hospital spokesman Thomas Chakurda told ABC News.

The last thing she remembers was being wheeled into the recovery room after the c-section and asking someone for a tissue because her nose felt stuffy. She said it felt like she’d fallen asleep.

Graupera-Cassimiro then stopped breathing. Doctors tried for three hours to revive her but it was no use. She had no pulse for 45 minutes.

During that time, she said she felt herself floating along a tunnel.

But suddenly a “force” stopped her, and she said she knew she couldn’t go any further.

Her heart started beating again on its own even though doctors hadn’t touched her in several minutes, Chakurda said.

“I was chosen to be here,” she said, adding that she’s grateful to come back to her family, including her new baby daughter Taily, who turns seven weeks old on Nov. 11. She woke up without any brain damage, broken ribs from the chest compressions or burns from the four or five times doctors tried to shock her heart back to life.

Doctors think she had a rare condition called an amniotic fluid embolism, which is what happens when the amniotic fluid leaks into the blood stream, causes blood clots and leads to cardiac arrest, according to Mayo Clinic.

Graupera-Cassimiro said that the experience has taught her not to be afraid of death.

“I realize through all of this that one, we really don’t really have control of our lives,” she said. “The day you go is the day that you were destined to go.”